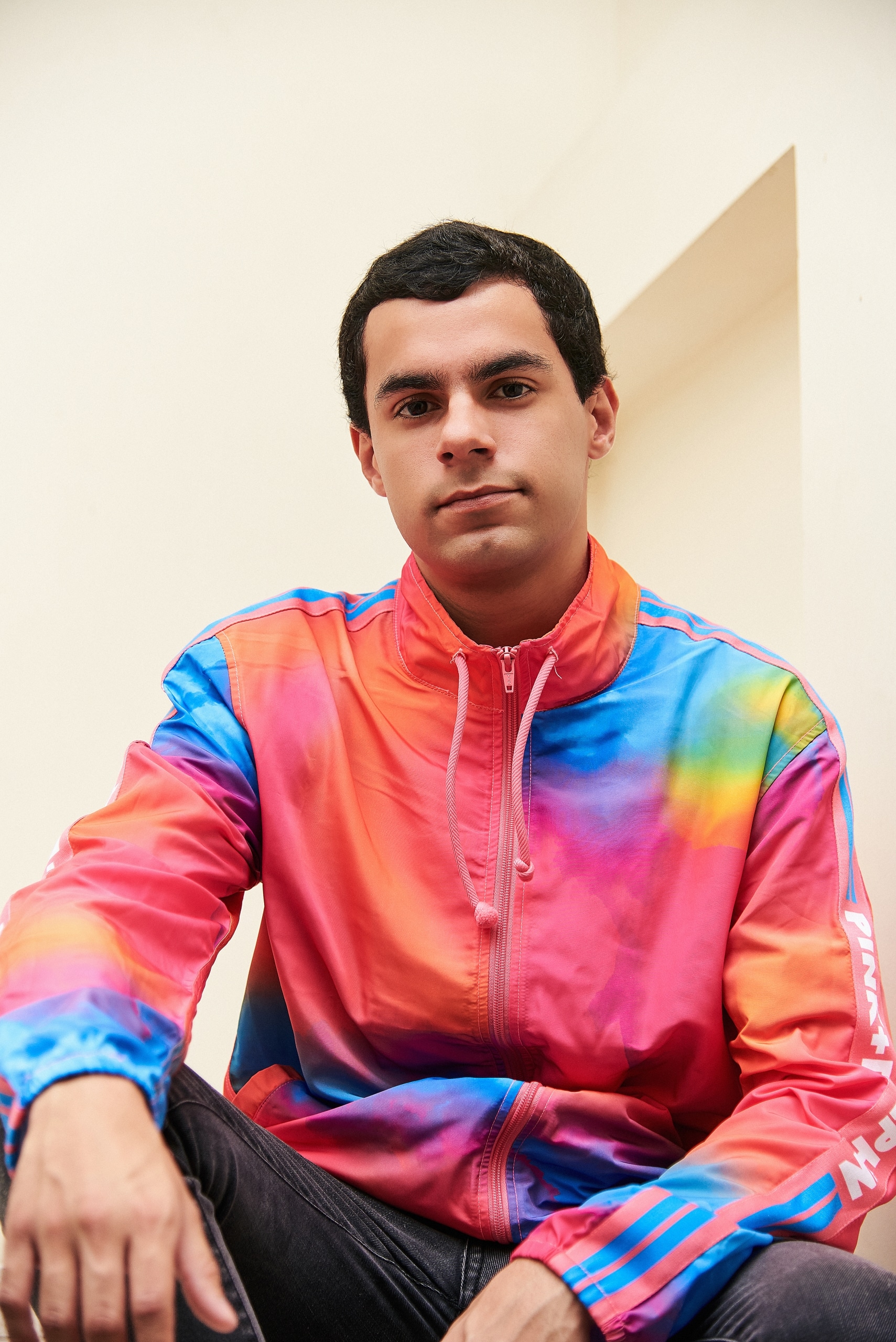 After his big success ‘Morena’ fast-rising Peruvian talent Ammo Avenue is once again back on Deeperfect with his debut EP “Special” out now and available here.

Along with arguably the best food in the world, hot temperatures and great soccer, South America is no stranger to quality electronic music. With legends such as Hernan Cattaneo, Luciano and Gui Boratto, the southern hemisphere is also home to some really exciting and promising acts, delivering nothing but HEAT.

Just before the pandemic hit, South America was the witness of constant growth, becoming a must-stop by in any tour, due to their massive event production brands, top booking agencies, high-selling labels and clubs you wouldn’t wanna leave once you get in.

Hailing out of Lima, Perú (where the best food actually is, haha) DJ and producer Ammo Avenue keeps rising through the underground music scene, establishing himself as one of house music’s most exciting newcomers. The past months have seen Ammo release his high energy tunes on respected labels such as Deeperfect, Black Book and Toolroom, to name a few, starting 2021 with releases coming on Rawthentic and Repopulate Mars.

Below, in no particular order, Ammo Avenue brings you his top ten of the region’s most exciting acts.

Straight out of the Salsa Capital of The World, Cali, Harvy Valencia should be no stranger to your ears. Having his tunes constantly played by the likes of The Martinez Brothers, Paco Osuna and Marco Carola, this Colombian young gun is up to some serious heat. He recently delivered a collab EP with no other than Hot Creations head honcho Jamie Jones, on the sub label Hottrax. The lead track “Electric Mama” is nothing but a weapon and features that classic latin heat combined with Jamie’s signature groove. Also lining up releases on labels like Elrow, Stereo Productions and his own label 1994 Music, Harvy is surely a proper house act to pay attention to.

Rising from the land of Ceviche, Lima, TolinchiLove is one of Perú’s top touring djs, spreading one clear message: LOVE. With releases on major labels like Nervous and Lapsus, Tolinchi has positioned himself on the underground scene as one of the most crazy, good vibing, extrovert acts in South America. His most recent remix called “Madretierra” in collaboration with peruvian producers Vitu Valera & Vazdra is the perfect definition of his style. Latin sounds mixed with a groovy house beat is what you can expect of this guy!

Ecuador’s young promise Cristhian Balcazar is a force to be reckoned with . The Lost Beach Club rising star has been around since a young age, and honestly it’s no surprise why he caught the attention of one of the biggest clubs in the world. With a constantly evolving sound, Cris has been putting out music on sick labels such as Hottrax, Rawthentic and CUFF to name a few. Once again proof of this young talent performing at a high level. One of his latest tracks called “Feel It” was released on The Deepshakerz’ label Safe Music. A dark groovy weapon you don’t wanna miss.

Probably the biggest representatives of Chile’s house music scene and no stranger to the world of electronic music. Allendes is now a synonymous with HEAT and boy, he’s worked for that over the years. Releasing on huge labels such as Desolat, Crosstown Rebels and Saved, the chilean producer now holds a residency at Ibiza’s top event “ANTS”, as well as constantly touring and playingfestivals such as Tomorrowland, Creamfields, Awakenings, and Love Parade, to only name a few. “Roulette” is one of his latest hits on Nic Fanciulli’s Saved, and this one just drives me crazy. A perfect mix of disco influenced stabs on an A1 tech house foundation. If you haven’t heard of “Panchito”, you better do now!

Coming from the city of Tango, Buenos Aires, Lolu Menayed is one of South America’s top leading female DJs & producers at the moment. Working with labels such as Agua y Sed and running both vinyl label DigHop Records and Philu Music, Lolu has been around since she was 17, touring through Argentina and the region delivering stripped back, sexy deep tech and minimal cuts in style. And what a style! One of my favourite remixes from her is called “Alien Conversation” and you can bet it feels out of this world. For sure a name not to be missed.

Also from “La Ciudad de la Furia”, Buenos Aires, we have no other than Jay De Lys. One of Argentina’s hottest exports in recent years and a clear example of high octane dance floor music. With regular support from De La Swing, Lee Foss, Stacey Pullen and the don Marco Carola, Jay has been releasing on massive labels such as Saved, Deeperfect and Elrow. There’s no doubt about why his groovy tech-house tunes work so well and raise up the temperature of any dance floor around the world! “On Your Feet” released last year on Kaluki is the perfect example of this ever-grooving sound. Expect more to come from this dude.

Lost Arcade is the new project of Brasilian top DJ and producer Felipe Callado and Australia’s Ryan Papa. The pair met over a decade ago in Brazil and quickly forged a strong friendship, which has resulted in a unique approach to melodic / progressive underground house & techno. Featuring the vocals from Matt Young, “Holding On” is one heck of a track. It’s the definition of a trip outside of this world. Recently picking up support from none other than Pete Tong on his BBC Radio 1 show and being played in the past by Hernan Cattaneo, this is only the first wave of support for this great duo. They have a debut album out soon, definitely a must-listen!

We bounce back to Colombia now to check out another hot Cali product. You’ve probably heard this guy’s tunes on Hot Creations, Solid Grooves or Resonance. The reason? A straight forward, sexy, groovy tech house style that will make you wanna dance till 7am. His biggest hit “Discow” literally makes you throw your hands up in the air like nothing else matters. Cali’s very own new kid on the block is killing the tech house rankings with every release and we all know that’s no surprise any more. More living proof of great talent at an early age!

The pride of Quito, Ecuador, Carloh has been around for a minute now and he’s gotta be one of the hottest acts from the region. From the Andes to the world, Carloh has delivered his beats on labels like Desolat, Hot Creations and Solid Grooves, having his #1 track “One Moment” released on Bibi’s label last year and causing MADNESS around the globe. A mixture of deep/tech sounds with latin attitude is his signature sound and we can all see why that works for him. The mysticism behind this guy is just as incredible as his music.

Last and surely not least, Santa Catarina’s very own Frederico Farias aka Classmatic is living the dream. Releases on Hottrax and Solid Grooves are proof of this dude’s heat. Hip Hop influences are always present on his tunes, creating this wild groove that honestly SLAPS on any sound system. “Without You” features an hypnotic vocal ready to rock on top of a solid bouncy drum structure. Also, recently collaborating with Brasilian pride Gabe on a Hottrax EP, Classmatic shows no signs of stopping anytime soon. Needless to say, be ready to hear more from this name!