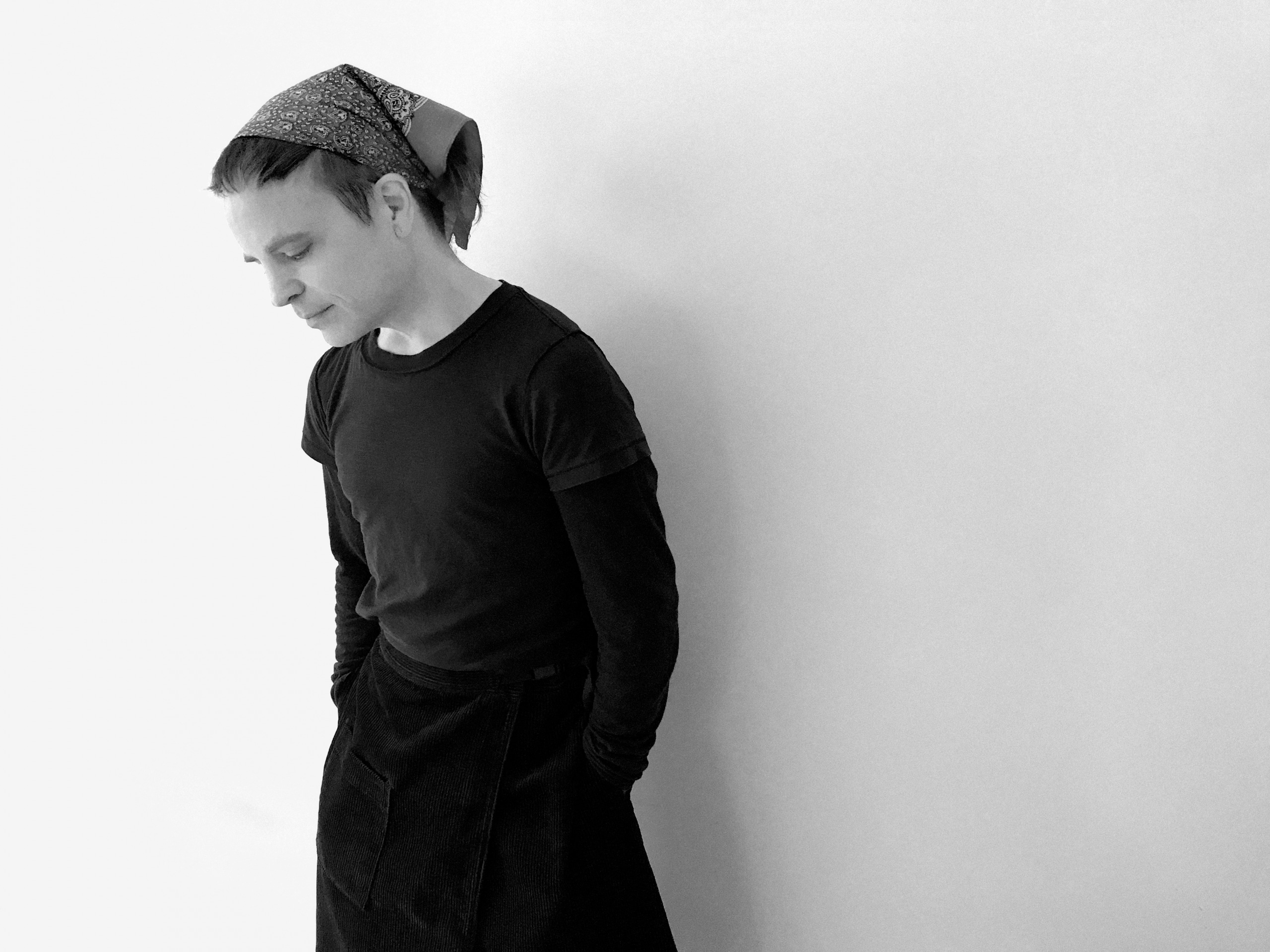 Isolating is Stephen Hindman of The Golden Filter’s industrial solo project. Free from commercial and dancefloor constraints, it’s their private space to experiment with dirty modular and gloomy analog soundscapes, inspired by the music they listened to as a teenager, including Throbbing Gristle, Cabaret Voltaire, and Skinny Puppy.

Following the acclaimed debut EP System released on Optimo Music in May 2020, Perennial is a disquieting and dystopian album where isolating shifts from the ambient and atmospheric ‘Mortification’ to signature industrial, via the IDM inspired electro of ‘Sacrament’. Each of the eleven tracks melding into each other with an unsettling and brooding anxiety.

Perennial mirrors the concepts behind ‘Perennial Philosophy’ by Aldous Huxley. Solitarily created in London room on a Modular system, Perennial tackles the perspective in spirituality that views all of the world’s religions as sharing a single, metaphysical origin, with a nod to the Lucretius quote; “To such heights of evil are men driven by religion.” Early supporters for Perennial include Josh Cheon, Optimo, Curses, Not Waving, Peder Mannerfelt, Jennifer Cardini, and Jenus.

Originally from the Midwest in the USA, Isolating is now permanently UK based. The alias, Isolating, is taken from their old label name ‘Perfectly Isolated’, referencing the social anxiety and isolation from regularly moving to different cities, never really letting life get comfortable.

With the release now out, Isolating shared their 10 favorite industrial tracks.

Enjoy the playlist below:

It’s hard to put into words how much Throbbing Gristle meant to me growing up in the middle of America… My older brother had a few TG vinyls, and I was putting their songs on mixtapes for all of my friends in elementary school. I tried my best to normalise weirder, more experimental music back then, even if most of my friends from there ended up staying classic rock fans in the end. Anyway, they coined the term ‘Industrial’ – not because of the sound but because it was ‘industrious’, according to Cosey.

Back when I was a Drum and Bass producer, I drove to Pittsburgh to visit a friend, Dieselboy, and we took acid before going to see Jurassic Park. I was already a fan of Skinny Puppy, but he played me this song as my trip was coming down, and all my visuals turned into some mechanical armageddon machine clearing out humanity on earth. It was all so intense. Jurassic Park is still burned into my mind as a real event.

Caroline K was a member of Nocturnal Emissions, a UK art sound project from the early ‘80s. Her album, ‘Now Wait for Last Year’ from 1987 is completely amazing. Ambient, sad, droney, noisy, and just amazing. It’s one of my favourite records ever.

Theatre of Eternal Music – The Over Day

This group had John Cale as a member at times – not really ‘industrial’ as that wasn’t in existence yet, but Theatre of Eternal Music, The Velvet Underground, Lou Reed’s ‘Metal Machine Music’, John Cage, and later the No Wave movement in NYC all seem to have the same threads running through it that Industrial has – The precursor experimental dna.

I had this on a cassette tape mix that someone gave me. I was extremely into the energy of this song, and subsequently further records by them.

A really lovely kind of aggression, even if making music with metal sheets can seem a little too literally ‘Industrial’.

‘Mix-Up’ by Cabaret Voltaire was the first vinyl album I ever bought. there’s a quick delay they put on their drums that has to be one of the most influential things ever. I do it constantly when making drum machine beat, and I have never forgotten where got the idea. They also have a major Suicide influence here – who I could have included in this just as easily.

Might seem cliché at this point, but growing up I adored this song, and most of Ministry. Somewhere along the line, Industrial and rock came together to form the accessible version of ‘Industrial’. But this song is still a banger!

This is something I discovered later on, like only a few years ago, but I feel that it embodies the experimental attitude of what we know to be ‘Industrial’ pretty well. Worth exploring even if It just never really got signed or pushed in any real way back in the 80s.

‘Breakdown’ was the first song I heard by Clock DVA. I really liked it, but in hindsight it’s pretty over-produced and kind of not really their best… too many horns! It did get me into them though, and their early work is really experimental and great.

I saw Meat Beat Manifesto live in the 90s a few times, and I think they were my favourite 90s electronic band. I eventually became a Drum and Bass producer and I was super inspired with the mix of breakbeats, dub, and electronic coming together in this group which led me on to other sample-based music, and buying an Ensoniq Mirage sampler to make my own.

Enjoyed the industrial playlist? Isolating Perennial LP is out now and available HERE