Breaking News: TomorrowWorld is Not Returning in 2016 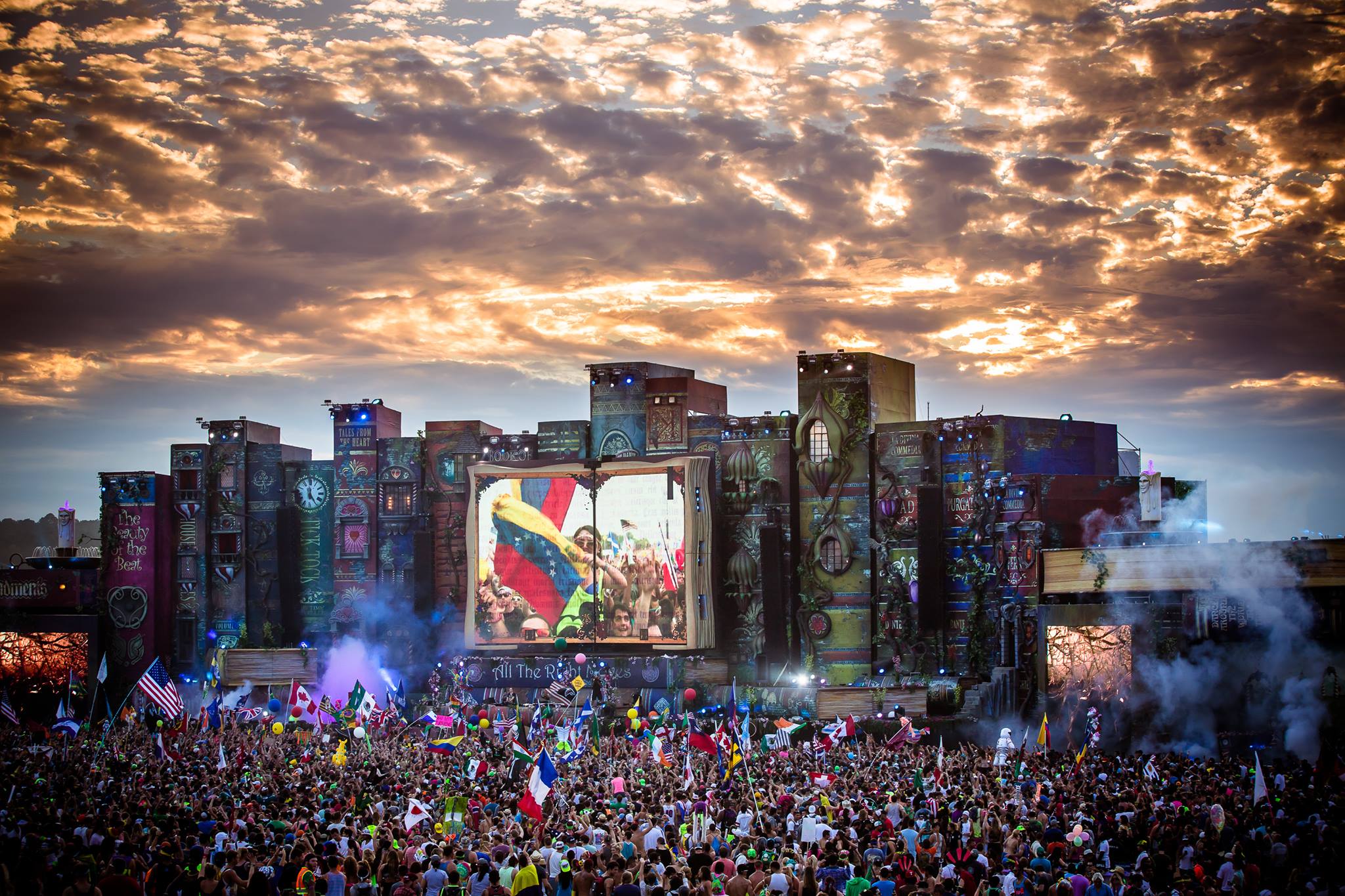 Breaking News: TomorrowWorld is Not Returning in 2016

Last year TomorrowWorld‘s organizers went through a mud-ridden weekend that not only highlighted serious lack of organization but ultimately resulted in thousands of attendee complaints and serious international negative media.

Due to TomorrowWorld’s parent company SFX Inc. failing, the festival has been put on hold for 2016. This comes after earlier speculations that the festival may not have been taking place this year due to last year’s short fallings. The short announcement released by TomorrowWorld includes a hint that the festival will be back in the future, and is accompanied by a video that covers the one-year hiatus. 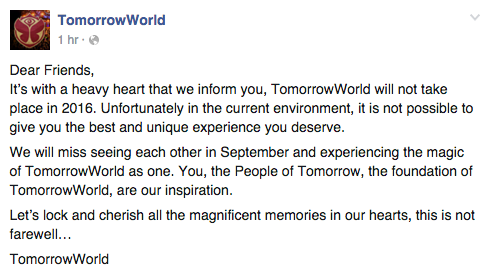