Timewarp, one of the most monumental festival brands, has recently announced their lineup for 2015 in Mannheim, Germany. The German mega-festival will commence Sunday April 5th at 8:00pm and continue well into Monday afternoon. 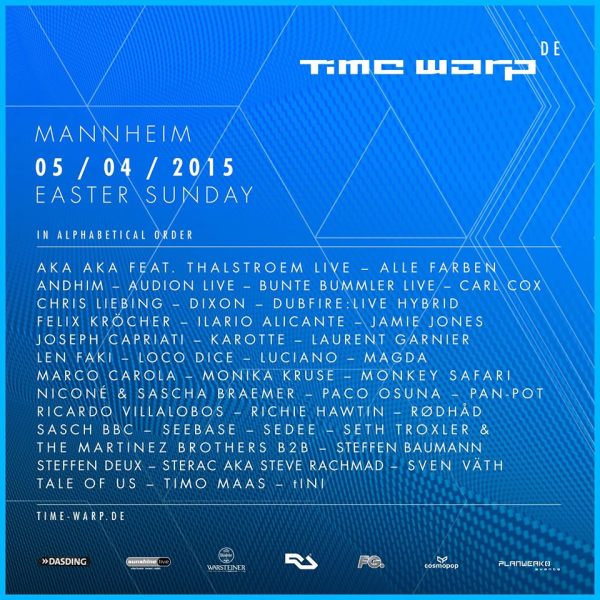 Timewarp appears to be sticking with the cast of usual suspects that has brought them success over their long history. Many Timewarp residents such as Sven Väth and Pan Pot make their return, with several fresh additions that stand out on the 2015 edition. Audion [Live] and Dubfire’s Live Hybrid performances should be highly anticipated, especially at a festival that caters to all aspects of the audio and visual performance.

Mannheim is where it all began for Timewarp, making each and every year a special moment for the city and for those who travel to experience the festival. If the lineup or overall aura surrounding Timewarp isn’t convincing, perhaps take a look at the 2014 Aftermovie below. This year will be another strong edition with a phenomenal selection of artists.

For the full Timewarp lineup you can visit their Facebook or Official Site. They also have a great section on packages and travel for those interested in making the pilgrimage to Mannheim this April.