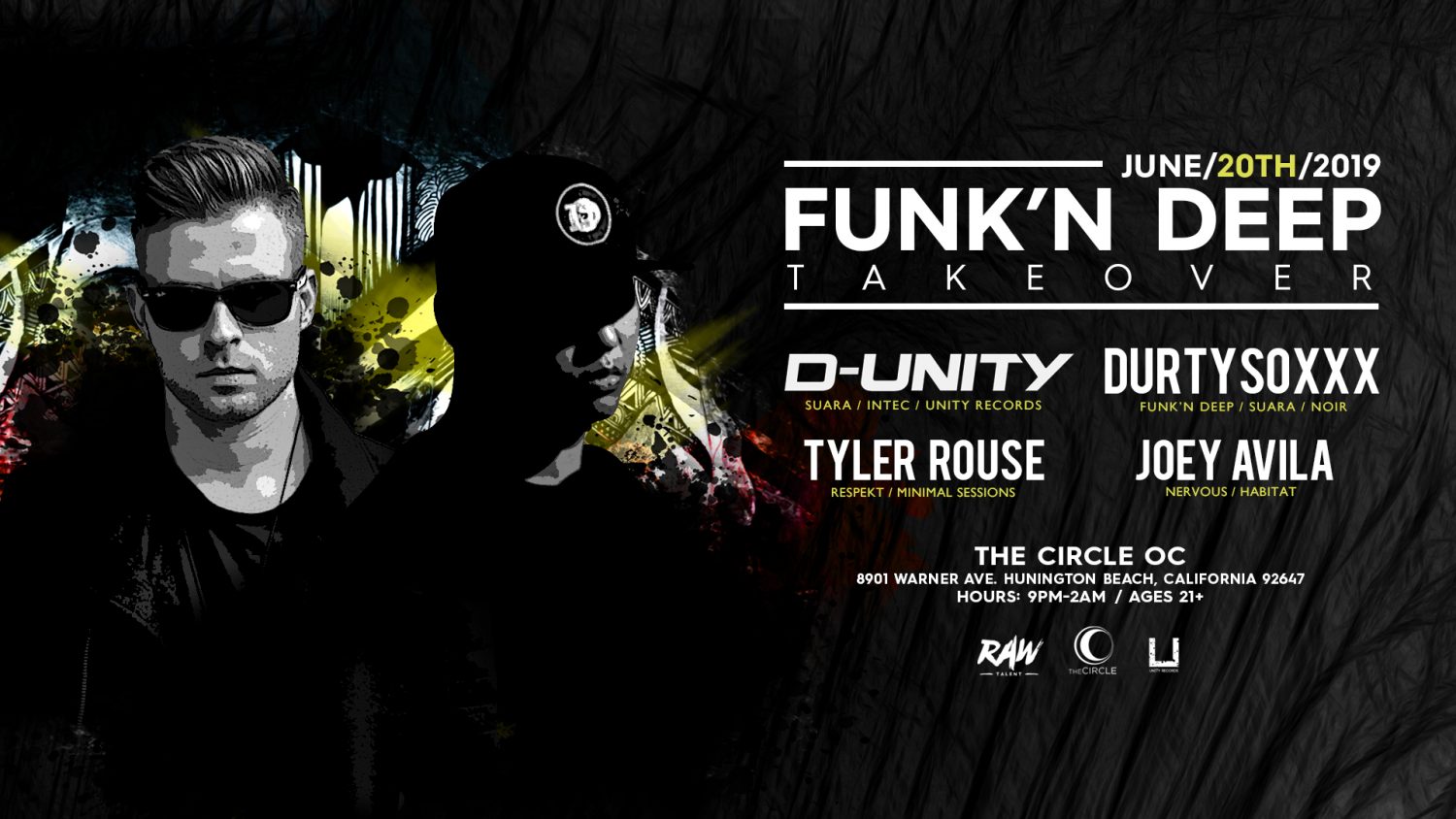 On June 20th 2019, D-Unity will be making his way to Huntington Beach, California for another edition of the Funk’n Deep Takeover. The event will go throughout the night and D- Unity is going to be bringing a few friends along.

The party will be taking place at The Circle OC, one of the more impressive establishments on the golden coast. Fit with a Funktion One sound system, LED walls, and Festival standard lasers, the club is a go-to place. The party will start at 9pm and will go to 2am.

D-Unity has been a driving force in the techno scene. Not only performing all over North America, he has released critically praised tracks along-side big names such as Umek, as well as highly-praised releases on his own Unity Records.

For a show that is only going to cost a max of $15, this is not worth missing. Attendees can find information by going to the Facebook event page, while tickets to the event can be bought by clicking here.

We are also giving away 2 Free tickets to the event! If you would like to try your luck, click here!