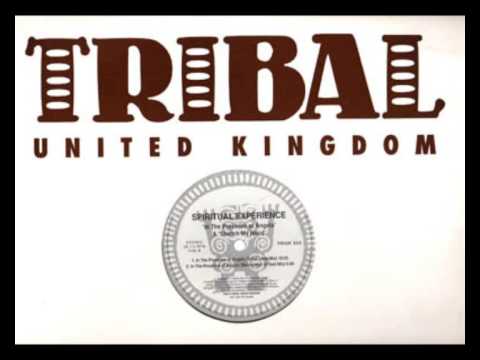 The time is 1994. The place is New York. The sound is tribal. In the late 80’s and early 90’s DJ’s and producers were experimenting with many new forms of house music. Taking influences from soul, jazz, and disco this new form of dance music was emerging, but like every sound it would soon go through a transformation itself. What was soon to rock the clubs would be this tribal house sound; utilizing rhythmic drums this sound took parties to the next level. Today we throw it back to a classic tribal house classic from Spiritual Experience. In the Presence of Angels (Tribal Love Mix) is an iconic track that was at the forefront of the tribal house movement.

It’s certainly a journey of a track coming in at just above 10 minutes long. As tribal would suggest, the track is fueled by a variety of drum hits and is then accompanied by a chant that echoes through every corner of the dance floor. It isn’t until the tracks halfway point that 90’s house stabs come in and inject some flavor into the track.

Even 20 years later this track would still work a dance floor over. Tracks like In the Presence of Angels are a major influence on the sounds we enjoy today, and were revolutionary to club life back in the day.