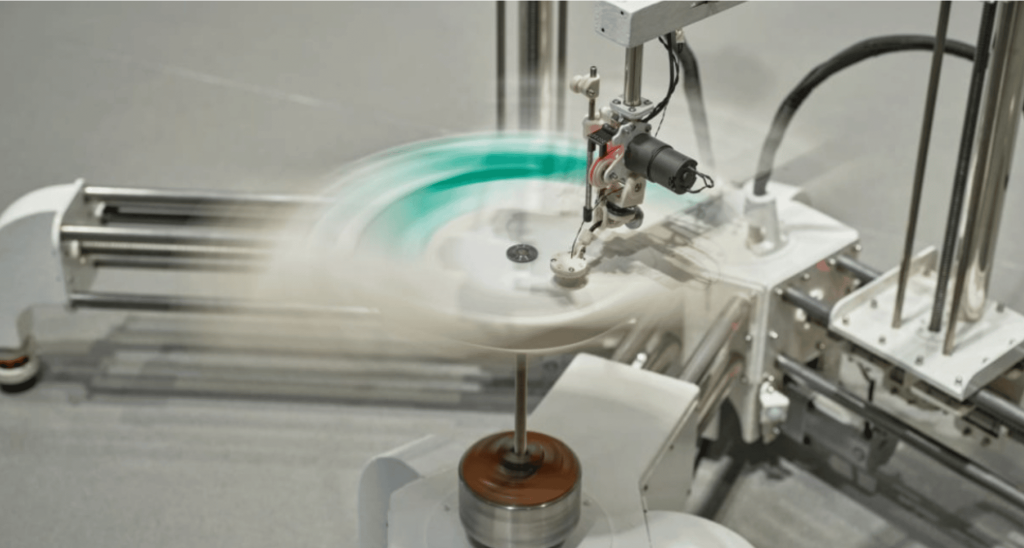 A record player has been created that generates music from plastic waste. Check out a video demonstrating the device in action below.

The brainchild of husband-and-wife design team Ujoo + LimHeeYoung, ‘Song From Plastic’ is a mechanical device into which sounds are recorded and played back on discarded plastic waste.

Inspired by a documentary on the Anthropocene, the makeshift device applies Thomas Edison’s”tin foil phonograph” approach in order to record and play back the sounds of children’s voices, singing and everyday noises on various pieces of discarded plastic.

“After tens of thousands of years have passed, the sound of an extinct existence comes from plastic fossils discovered by future intelligent life,” said the South Korean pair in a statement on their blog. “Though it’s an unsettling, big picture view of humanity’s legacy, Song From Plastic is also a reminder of what makes humanity special.”

The arrival of Song From Plastic comes a couple of months after it was revealed US vinyl sales rose by 22% in the first half of 2022.