The Synergy and History between ASA 808 & DAEDE 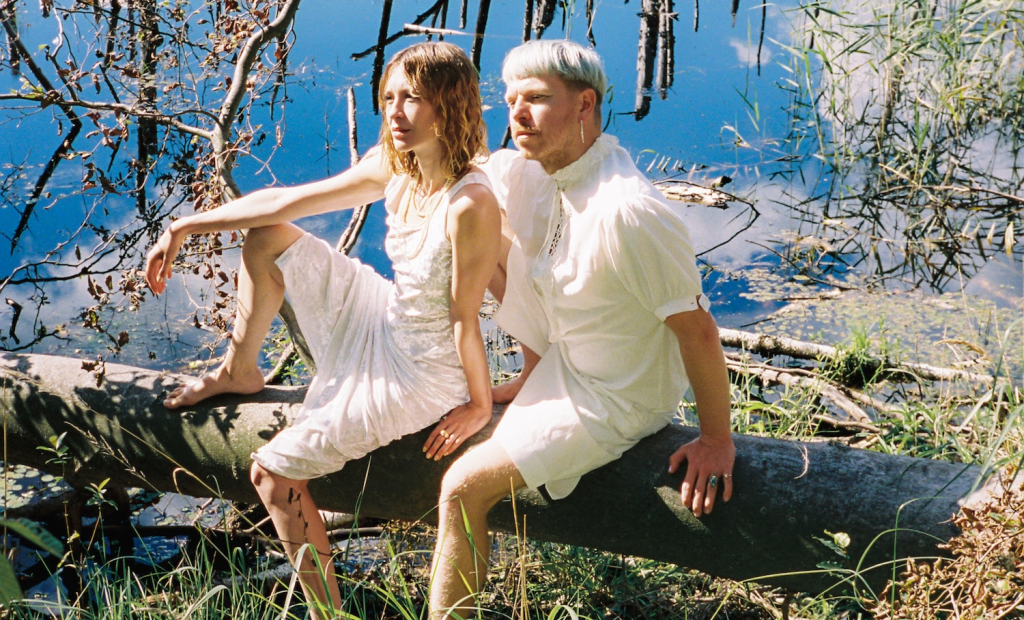 The Synergy and History between ASA 808 & DAEDE

Pushing the boundaries of techno, house and bass elements, ASA 808 has made a name for themself by combining classical instruments with analogue synths and drum machines. On new single “Love No Matter What” they have teamed up with fellow Berlin artist DAEDE for a soaring, melodic club cut that combines elements of house, electronica and indie dance.

Asa started making music at the age of six, first learning classical piano and guitar (despite being seen unfit by some peers due to a heredofamilial essential tremor), later specialising in music theory and composition, jazz and improvisation. As a teenager, the non-binary artist released a 5 track EP with their first solo project “Hasta la otra méxico!”, from which “Túrána hott kurdís” especially attracted a lot of attention, hitting almost a million views on Vimeo & YouTube.

DAEDE is an electronic music producer based in Berlin. Released in 2022 her first solo track “gefühl” showcased her love for electronic and beat-focused music. A raw & straight forward sound with elements of techno, vintage deep house and post disco. Including spoken words and german lyrics in her tracks she is clearly referencing 90s techno music.

Coming from a classical background and being a multi-instrumentalist DAEDE’s love for electronic music is also shaped by organic sounds. Over the past few years she has been writing and producing pop music, released 4 LPs and played live at Berghain Kantine and Fusion Festival. Now DAEDE is focussing on her passion techno music and working on her debut album that will be released beginning of 2023.

“Love No Matter What” is ASA 808 and DAEDE’s first collaborative release since they were teenagers. Taken from ASA 808’s upcoming solo album Boy, crush the song feels like a warm outburst of unconditional queer love, inspired by the two musicians’ long history of making music throughout their youth. Evolving over a month-long collaborative process from the Dub version that comes as a b-side, “Love No Matter What” feat. DAEDE turned out to be both dance floor-ready and radio-friendly, euphoric, yet thoughtful in form: a tribute to the generosity and openness of heart that simply wishes well.

Riding the momentum of their new single, ASA 808 and DAEDE sit down with 6AM to talk about everything they have going on. 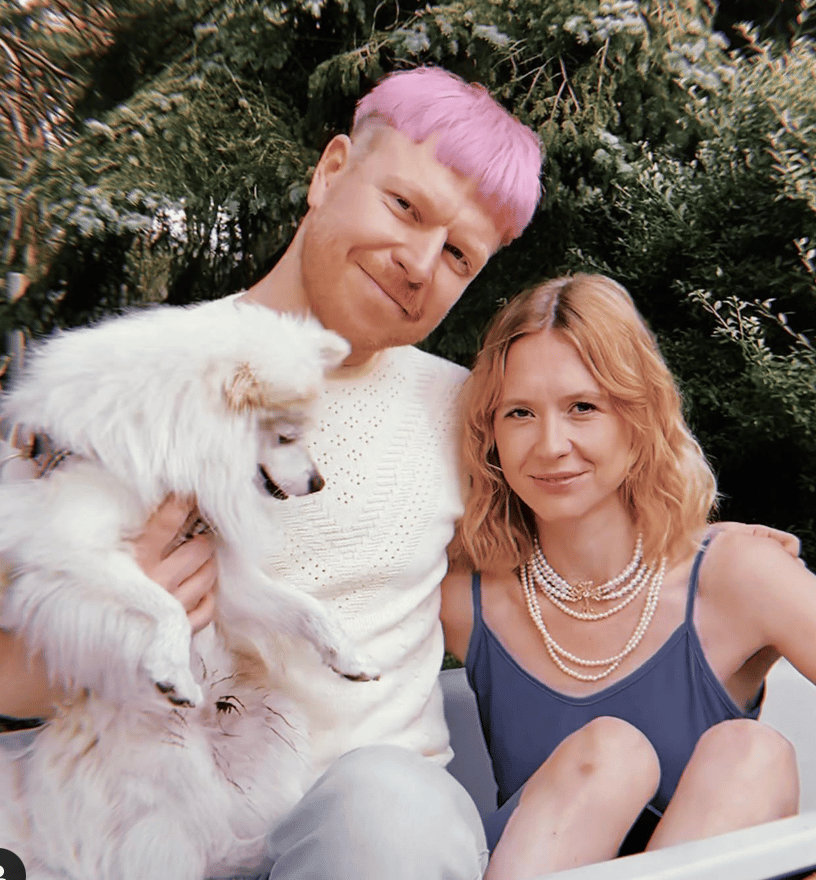 Hi ASA 808 & DAEDE! Thanks a bunch for chatting with us today, we’re excited to speak with you! Speaking of excited, how excited are you about your new single coming out, “LOVE NO MATTER WHAT”?

ASA 808: Very excited! It’s the first joint single I’ve ever put out with another producer. And doing it with DAEDE feels like we’ve come full circle. We played in several bands when we were about 14-18 years old. We have so much history together and understand each other without speaking. She’s an amazing singer, musician and producer and has her own electronic solo album coming up soon.

While we’re on the subject of new content, you also have a new album coming out! What was the inspiration behind it? What are you looking to evoke through it?

ASA 808: I was processing my own quest for gender identity and wanted to invite listeners to expand their views of the gender spectrum. The songs deal with detoxing masculinity, (gender) queerness, awareness, mindfulness and generally with openness, peacefulness, love and compassion. So these are also feelings that I’d love to leave people with after listening to the album. 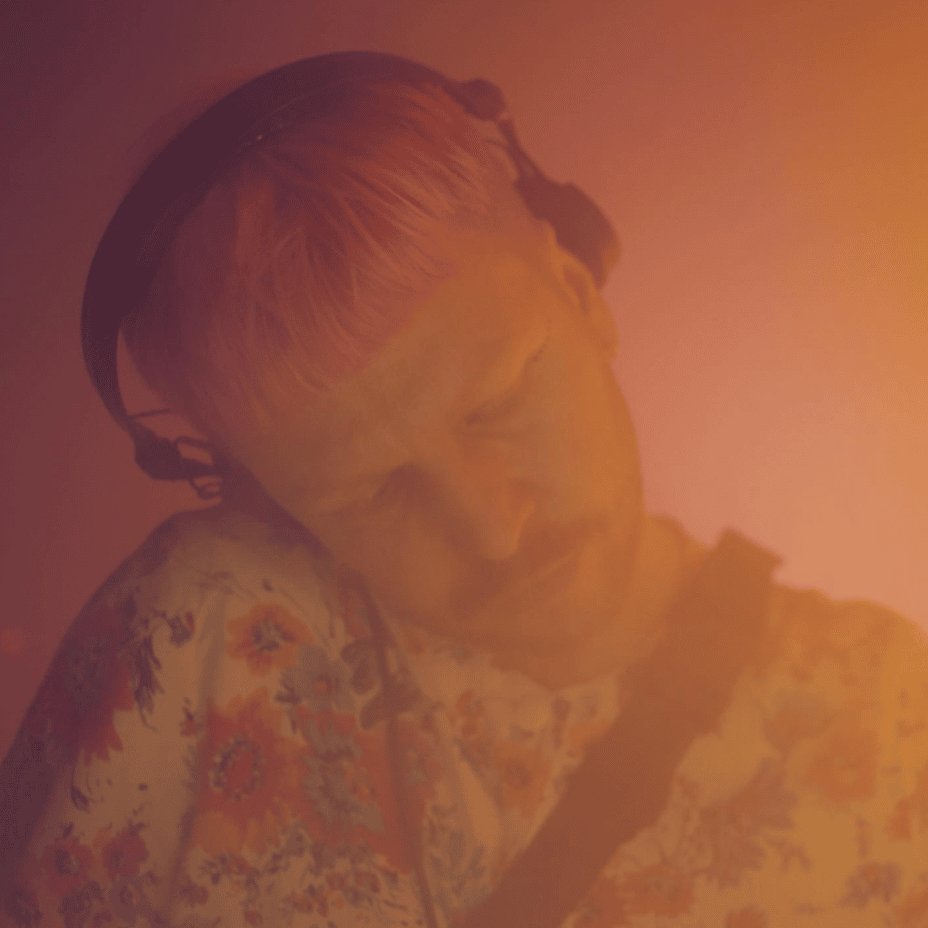 DAEDE – you also have an album coming up next year right? What can we expect from that?

DAEDE: That’s right! It’ll be my debut as an electronic producer and I am really looking forward to putting out my vision of electronic techno music with a touch of pop. My first single “gefühl” that was released in September gives a sneak peak of that. My debut will cover some lighter feel-good indie dance tunes but also dark peak-time techno tracks that channel a tension I feel most of the time. Coming from an indie pop background, some of my tracks come with abstract german toplines so the collaboration with ASA 808 felt really organic in that way. 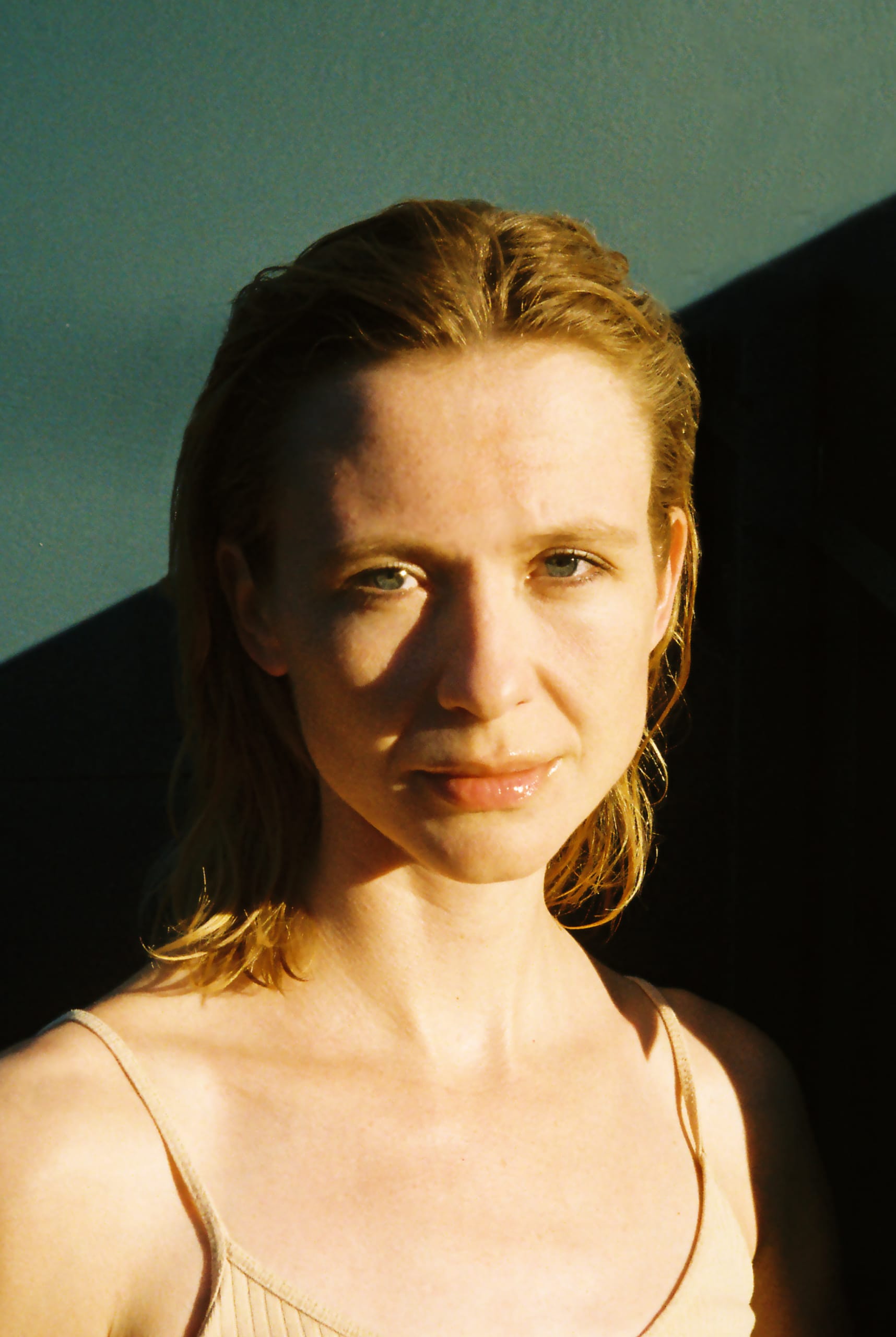 You’ve had success making music recently, but you’ve been making music ever since you were a little kid. How do you think being trained to play classical instruments has influenced the music you make today?

ASA 808: DAEDE and I both learned classical instruments, but quickly became much more interested in composition, music theory, improvisation, songwriting and arranging. Luckily we had teachers who could teach all of that. Obviously that’s still very helpful today when writing tracks, because we can improvise and write harmonic progressions that express our feelings without using any samples or midi plugins.

DAEDE – you come from a classical background, what prompted the switch to focus on electronic music?

DAEDE: To me classical and electronic music have a lot in common. The musical theory behind it, the emotionality and also the accuracy of execution. Classical music was my focus in my younger days. When I moved to Berlin and lived for some time in Amsterdam a couple of years later, I got into electronic music and was always fascinated with the culture around it and the focus on pure sound and the sense of liberation that came with it. Now I finally found the time to finish some tracks I had in mind and on my hard drive for a long time, so it feels really satisfying and inspiring.

Do you ever feel like you have any added pressure on yourself as a non-binary artist, representing an entire community? Or do you feel like the support of the community behind you alleviates any pressure?

ASA 808: I can’t say that I can represent or speak for anyone but myself, let alone an entire community. I’m just an individual trying to find my authentic gender expression beyond social norms and stereotypes. If anything, I hope that I can encourage everyone to explore and serve themselves at the huge buffet of the fluid gender spectrum. 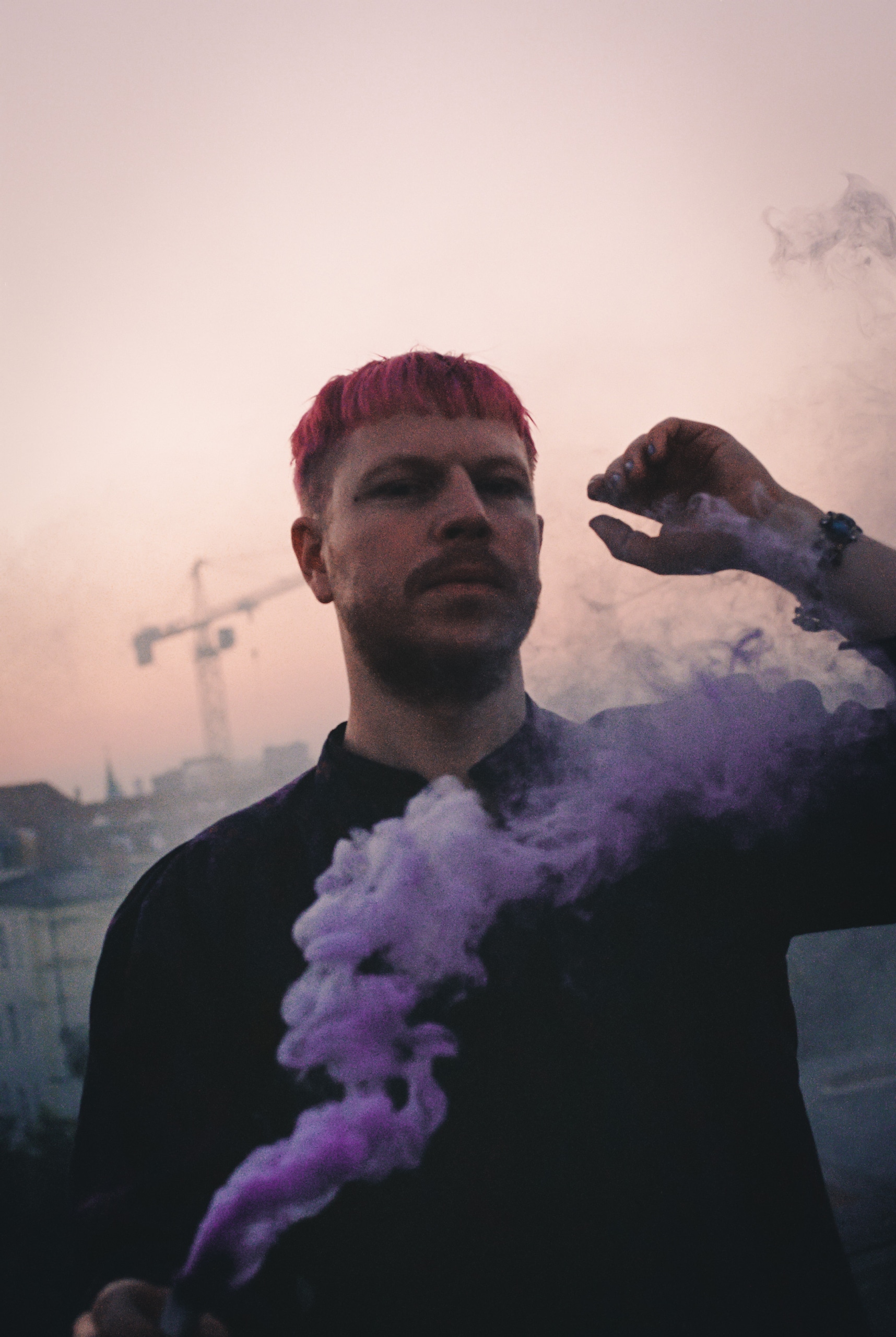 ASA 808: I love when my music means something to people: like when this queer Russian filmmaker who is also anti-war and fled this summer from Moscow to Berlin and told me that ‘Healing’ is so deeply connected for him with his arrival in freedom and peace in Berlin.

Also, finishing this new album with so many amazing amazing friends and collaborators (like DAEDE, Moomin, TOYS Berlin, Heartfelt Management & Dairmount) and two amazing music videos directed by Charis Uster and Marie-Claire Wygand feels like a real privilege and accomplishment (for everyone involved).

My biggest challenge is probably that it’s so hard to earn money with music these days and that until today, I almost always had to choose between making music or making money.

ASA 808 & DAEDE: We want to express our full solidarity with the women in Iran.