The Road to REFORM: Annika Wolfe Looks to Music for Longevity 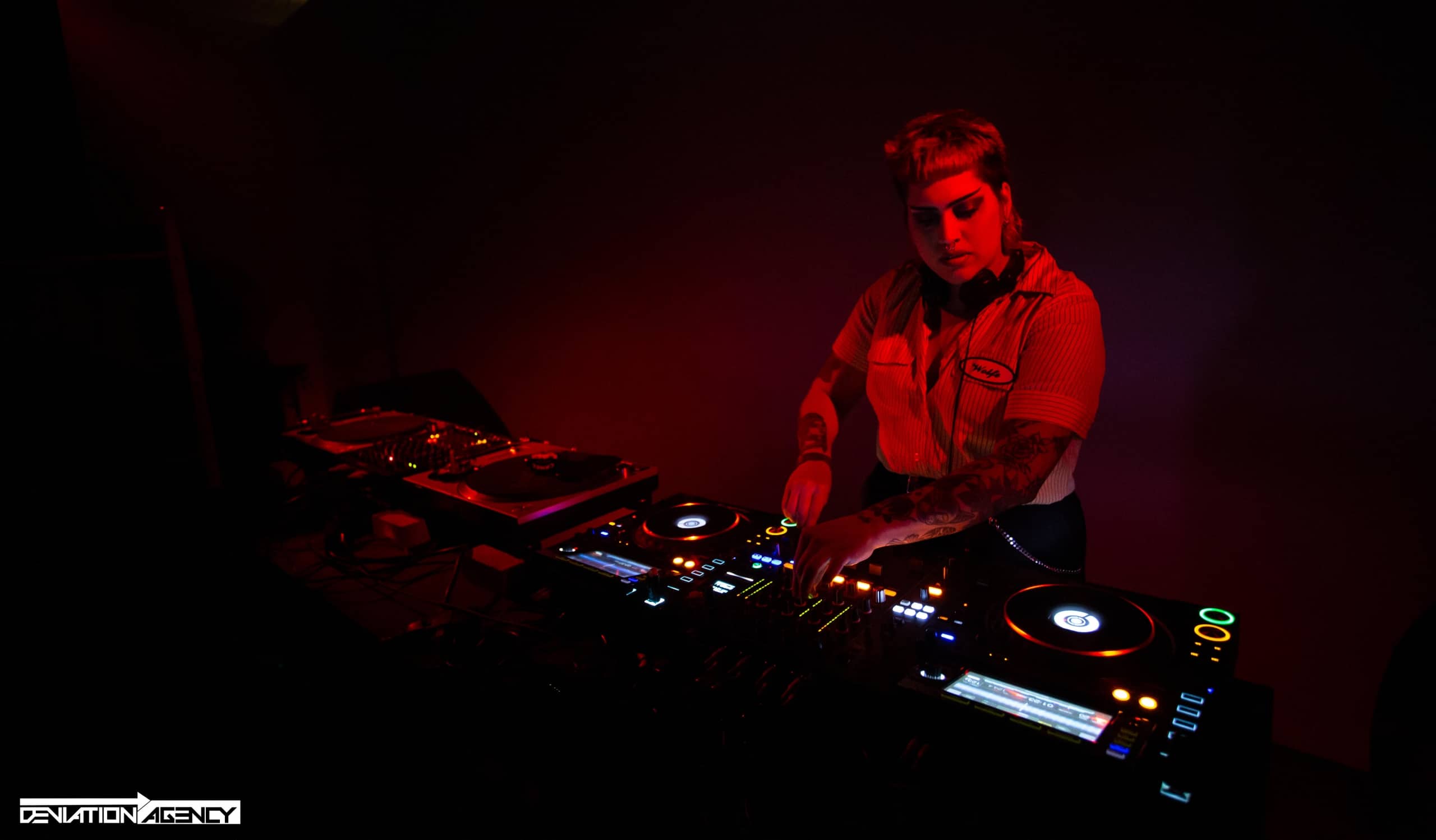 The Road to REFORM: Annika Wolfe Looks to Music for Longevity

Los Angeles native Annika Wolfe has had a booming career over the last few years, and is ready to keep on rolling into 2021 and beyond.  Filled with rhythmic, deep and raw techno and not afraid to venture into New Wave or Punk it is hard to classify their sound into just one sub-genre. Along with being featured on blogs such as The Brvtalist and Deep House Amsterdam, Annika also runs their own imprint Akela Recordings. 6AM is honored to have Annika play REFORM this upcoming Labor Day. They sat down with 6AM to answer a few questions

Thanks for sitting down with us today! How are you doing and how is 2021 treating you so far?

Thank you for having me! I’m doing quite alright considering the lines between 2020 and 2021 feel a bit blurred haha. I’m kidding mostly. The year 2021 has actually been very good to me. I’ve had a few new exciting releases on labels outside of my own such as WRKTRX and Motech Records. Stay tuned, there is more music on the way.

You’ve already played a few events–how did it feel playing on a proper sound system in front of a crowd? Any hesitations?

Man, I had been jonesing to dance to music on a proper system, let alone to jam out on one. There’s nothing quite like fully immersing yourself into the music while feeling it coarse through your body and sharing that experience with others. Mixing has almost felt more natural and intuitive in recent times than it has in the past. It feels like one of those old friendships where you just pick up where you’ve left off and it feels like you two never skipped a beat. I feel like having over a year to rest my ears has made for a nice transition back into the swing of things (all puns intended).

The most exciting thing about the House and Techno Community is that it’s rooted with a Black, Queer and POC foundation. It’s meant to be an inclusive scene where people from so many different walks of life are united for one thing and that’s the music.

Taking a moment to reflect on your career, what first got you into electronic music, and at what moment did you decide you wanted to do this on a more professional level?

It’s interesting when reflecting back, because I was actually exposed to a lot of different electronic music from an early age. I guess, I just didn’t really know how to categorize it. Most of us from the West Coast were exposed to “Old School/Freestyle” music, which is in some instances practically Electro/Electro Funk. When I was a pre-teen/teen I found myself always digging for music [to] burn CDs to exchange with friends. I mean, we are talking about myspace digging days, which lead me into loads of different stuff. Anyhow, in high school my friends and I began going to these Queer/Electronic weeknight parties in Hollywood. I started to recognize music and would go back home and dig some more. I continued hitting events periodically. It wasn’t until the early 2010’s, I caught Brodinski and Gesaffelstein at a festival. They were spinning some Techno and Electro. I just remember going, “Wow, this is some sexy stuff.” This was the moment I knew I wanted to make music. I went home that weekend and googled “how to make music at home for free.” I’ve been making beats ever since. It wasn’t until about four years ago I really thought that I could push to make this more than just a hobby.

Hmmm.. It’s kind of hard to describe my sound myself. I’d say my sound is raw, rhythmic, funky but also sleek at times. My approach in the studio is to go with the flow. I’ve never been the type of person to hop into the studio with the intention to make something that sells. I mostly make it for myself to enjoy and if others enjoy it as well, that’s a win-win. My aim is to make music that I feel will hold up in time. As I’m evolving, so is my sound. My moods change, I’m human. I’m okay with knowing that not every project I touch is gonna be a bop. I still dig what I make. I find that experimenting with different genres is one of the best ways to learn. I mean, even if you don’t make something worth sharing, you definitely walk away with some more knowledge.

What motivates your work as an artist?
I enjoy making music because it’s challenging, stimulating and ultimately, I really enjoy it. I love it and quite frankly, if the music leads to the bottom of a barrel, I’d still make it for myself. I’m motivated by my family. I’m motivated to push myself and whatever boundaries I can. I want my music to touch people the same way some music has touched me. I want to help people escape their reality, even if it’s for the duration of a song or a set. The idea of my music reaching people past my time really excites me (if we don’t go extinct).

What excites you the most when it comes to you and the house x techno community?
The most exciting thing about the House and Techno Community is that it’s rooted with a Black, Queer and POC foundation. It’s meant to be an inclusive scene where people from so many different walks of life are united for one thing, and that’s the music. Music is universal, it’s healing. I’ve met so many amazing and wonderful people through this scene who love it just as much as the next.

After a year and a half of this pandemic putting a stop to live events, what are you most excited about for your performance at REFORM?
I’m really excited to play my second REFORM party. The first party was such a blast. I got to meet one of my role models, Robert Hood. This year is especially exciting as we will all be running around Catch One like an adult Playground. The lineup is thick as hell and full of some of my favorite artists. I’ll also be closing out one of the stages. Considering that it’s been well over a year and a half since I’ve headlined a show… I’m ready to lay the hammer down for ya’ll. Don’t miss it<3

Anything else you’d like to share?
Being kind is free, but supporting your homies might have a fee. Make sure to cop your tix presale so you don’t drop your check at the door ;) See ya’ll thereeeee