The Problem with Labeling Festivals as “Fyre Festival-Like” 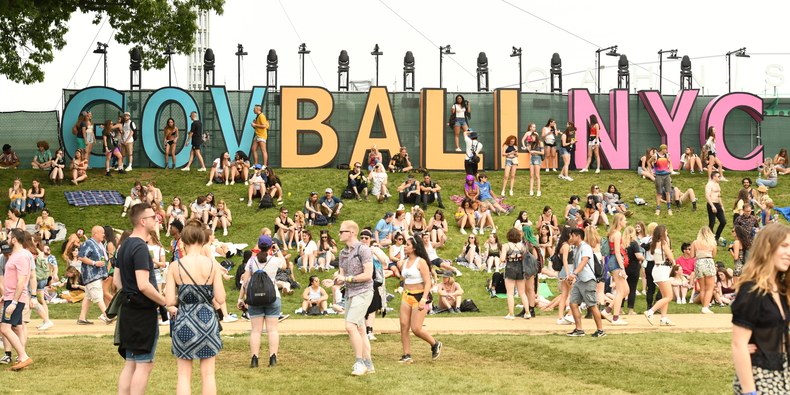 The Problem with Labeling Festivals as “Fyre Festival-Like”

Fyre Festival not only sparked headlines around the world, but also multiple documentaries about the fiasco, exposing the festival for the massive fraud we’ve grown to know it for. It will forever be known as the worst festival ever, for a while at least. Only intentionally can a festival stoop any lower than what Billy McFarland “created”.

Ever since that day, however, we have seen the name “Fyre Festival” come up in headlines, comparing the travesty to another festival. We’re seeing it more often these days and the comparison is the complete opposite of flattering. In the vast majority of these instances, the phrase is an unreasonable and inaccurate attempt to ruin a festival’s reputation. What we’re seeing is that festival goers will use the slur at the drop of a hat if inconvenienced the slightest. That’s a problem, and if you were at Governors Ball in New York this weekend or know someone on social media who was, chances are you couldn’t avoid hearing it Sunday and today.

Before we continue, let’s clarify a few issues on the topic. This is entirely a thought piece and commentary on behaviors and expectations at festivals. It’s not about using the phrase in a humorous way. This is in no way telling you what is or isn’t funny (for the record, it is funny.) This is talking about people who will use the phrase in a serious way and write articles calling the festivals “fyre festival-like” when it is far from it. There is a damaging effect to the phrase. The impact of the phrase can unjustifiably ruin the reputation of a festival. If a festival has a bad reputation, less and less people will go to that festival, leading to its demise.

Governors Ball is one of New York’s best annual festivals to date. This weekend had a jam-packed lineup including Tyler the creator, Gesaffelstein, Florence + the Machines. and more. While regarded as “mainstream,” you get to understand the scale of their production once you take a look at not only this year’s lineup but previous years as well.

Friday went great. So did Saturday. But Sunday, Well…

Sunday, the production team had to delay opening their gates until 6pm. The severe thunderstorms that have been looming around New York were finally too much and it made no sense to compromise the safety of festival attendees. Surprisingly, thunderstorms and metal contraptions don’t go well together. They waited it out. They opened the doors as scheduled, but by 9pm they had to cancel festival and evacuate the premises due to the torrential downpour everyone witnessed around 10pm. It became so bad, boats couldn’t go over the water anymore, and people were stuck, to either wait it out and wait for the limited buses, or begin their hike over the bridge. It was a disaster.

But it wasn’t “Fyre Festival-like”, it wasn’t even close to Fyre Festival. Fyre Festival never got off the ground. Governors Ball had 2 successful days before running into an issue that was out of their control, and one of the problems were caused by the festival-goers themselves. Ultra Music Festival 2019 were subject to the same scrutiny on social media after their transportation plan failed due to a logistics miscalculation. Ultra still had 3 successful festival days. Fyre Festival had 0 successful days.

We can joke about it sure, there’s nothing wrong about being funny. But taking it to a serious tone in such manner can be damaging not only to the festival, but to the music scene in that city too. We are aware that people who are not tapped with the music scene will read the news, see that there was another Fyre Festival-like disaster, and get upset. They are justified in being upset too, they were told a story that was severely exaggerated. It could be anyone too; a relative, a grandparent… a government employee with reach and influence. The music industry has witnessed the damaging effect of the “Fyre Festival” phrase and other similar blanket statements and opinions in the past.

A month after their festival, Ultra Enterprises has announced they will be moving out of Miami all together, and are in the process of finalizing a new location in South Florida. This is a devastating loss to the Winter Music Conference based in Miami, and to the city altogether. Without the big finale, there is supported speculation that the city will see a dip in revenue and traffic during Miami Music Week. It’s gotten so political, the opinion is constantly changing on whether or not Ultra will take place in Miami.  One of the contributing factor in this decision, outside of the relentless coverage of the Day 1, was the hashtag #FyreFestival2.0 that trended on twitter for the rest of the festival.

A festival depends its good reputation is; that’s how they grow to become bigger than before. Although we are talking about titan-like entities, we have to understand that there is a trend that could lead to a huge issue in the festival scene. If Fyre Festival never happened, or even existed to be the gold standard of disasters, we would find ourselves reserving to using a phrase such as “Hey, that sucked”. Saying something was bad is one thing, but saying it’s the worst experience to ever take place within the industry can be crippling. This is especially dangerous on social media, where trends (even and especially false ones) can catch on like wildfire.