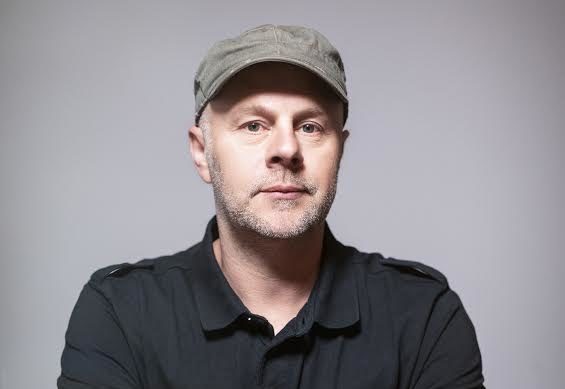 Studio wizard The Emperor Machine is back with more of his brilliantly inventive and colourful tracks as he joins the Skint Records family.

The UK artist, born Andy Meecham has long been dazzling dance floors with his synth-heavy, tough-edged and psyched-out disco beats. He has released solo as The Emperor Machine for labels like D.C. Recordings, Internasjonal and Southern Fried Records and has a long and revered history as part of Chicken Lips, and before that Bizarre Inc. He makes truly rugged club music with sci-fi influences and killer basslines that never fail to get the club in a sweat and he now brings all his prodigious talents to his new home at Skint.

As ever, with his three-track Function EP, The Emperor Machine has cooked up the sort of dance floor magic he is so well loved for. In celebration of the release, we asked him to share 6 tracks he is really into at the moment.

Totally random selection of music I’m playing at home or out at House Des Lowe bar right now. I am loving all these tracks at the moment for one reason or another.

Had a bit of a YMO session the other day when I was sorting out music for my new Residency at House Des Lowe bar. I love the whole vibe of this track & the synths are bonkers. Of course the drums are great as Yukhiro is the drummer and vocalist from YMO.

Same as above really but I never used to like the vocals on this track but as I’ve gotten older I love them now even though they are corny in an ’80s fashion. A bit like Thomson Twins “Rap boy Rap” I love the bizarre vocal loop of bugger in the mix too as. well, it sounds like “bugger bugger bugger”…

Stumbled across this track on Bandcamp, god knows how! I don’t even remember searching for it specifically but its one of those brilliant tracks with gorgeous chords and drums. Goes a bit odd at the end but it’s great I love it !

Got sent this EP by Sworn Virgins on Soulwax/2manydjs’ DEEWEE . Two Monster club tracks ‘Lazer Beam / Take Your Lady’. The second track is my favourite everything about this track is 100% right up my street. The vocals reminds me of Sylvester. Knowing how blinkered I am most of the time it probably is Sylvester reincarnated.

Such simple and effective music, it also has a voice running through the track almost like a news report from a radio ? I’ve listened to it loads trying to work out what the guy is saying its a bit crazy while at the same time passing through a vocoder of some kind.

06 American Gypsy – Inside Out

I bought this American Gypsy LP from a car boot around 10 years ago, took it home put it on the deck and wow what a voice, the whole LP is proper! Another great track on the album is “Golden Ring.”. His voice is so loud in the mix but works really well and sounds great on the studio monitors.