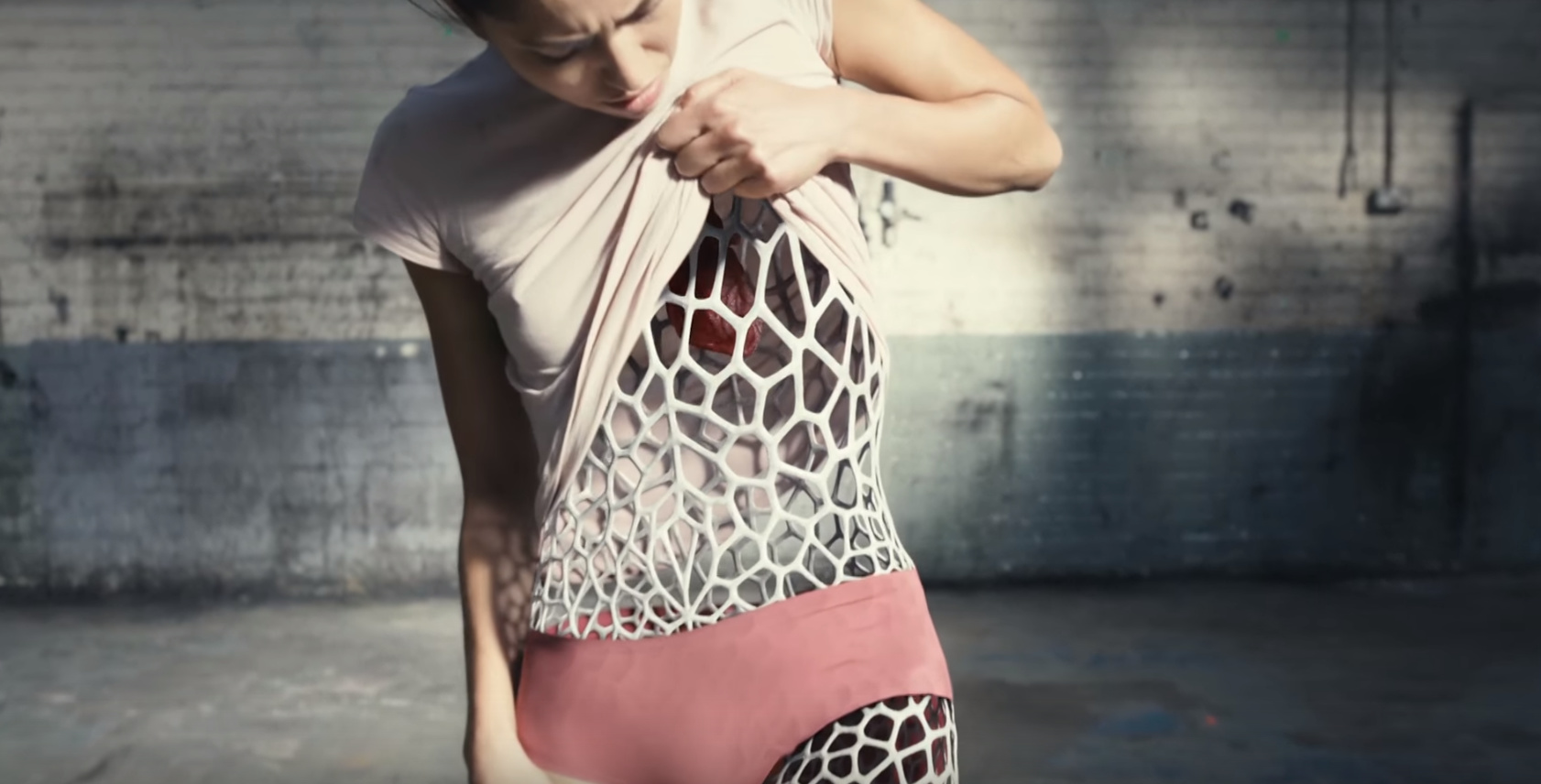 Five minutes and thirty-three seconds long, the video features a dancer performing in an empty warehouse while her body goes through a metaphysical revolution. As of time of writing, the striking video has reached nearly 40,000 views in a matter of hours since publication.

According to an official press release:

“Dom & Nic’s vision was to merge the mechanical and organic, having been inspired by procedural cellular structures; their VFX Team at The Mill created a full CG model of the dancer, Sonoya Mizuno, comprising of 107 individual anatomic rigs, as well as bespoke tools to allow the seamless transformation which happens during the dance.”