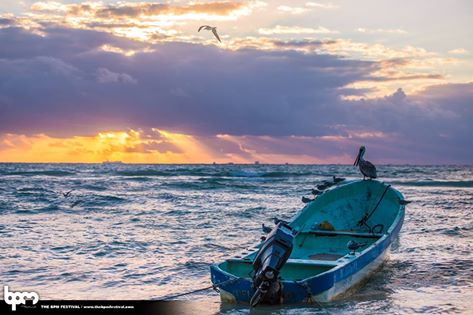 The BPM Festival has posted a new statement following the deaths at Blue Parrot in Playa del Carmen on the last night of the festival earlier in January of this year.

“Our hearts are broken by the loss of six wonderful lives that were cruelly cut short,” begins the statement, naming all six victims killed during the shooting at the club that was hosting The BPM’s closing Elrow party. “The dance floor is where people come together to share joy, be with friends, create memories, and celebrate life. While our festival and dance community have experienced a tragedy, we’d also like to remember the magical moments, new friendships, and beautiful landscape of Mexico that we’ve all shared over the last 10 years.”

As part of the statement, The BPM Festival has announced that it will be canceling its plans for the inaugural Brazil edition of the event, plans that were announced during last month’s BPM Festival in Mexico and originally scheduled for April of 2017. The Portugal expansion plans, announced at the same time as those for Brazil but taking place in September of 2017, will continue.

The BPM Festival is not likely to return to Playa, as local Mexican officials there have banned the festival from taking place after 10 years of operation.

The victims of the tragedy were Rafael Penaloza Vega, Giovanni Arturo Amparan Saragossa (both of Mexico), Daniel Pessina (Italy), Alejandra Villanueva (USA) and two security staff, Kirk Wilson from Canada and Geovanni Francisco Ruiz Murillo (Mexico). Kirk Wilson was a well-known member of the Canadian nightlife scene as a respected doorman that had worked in the industry for years. A GoFundMe has been organized to support his family.

Read the full statement below: