“The Bitcoin for Music: How Choon Is Disrupting The Music Industry” an Interview with Co-Founder Bjorn Niclas 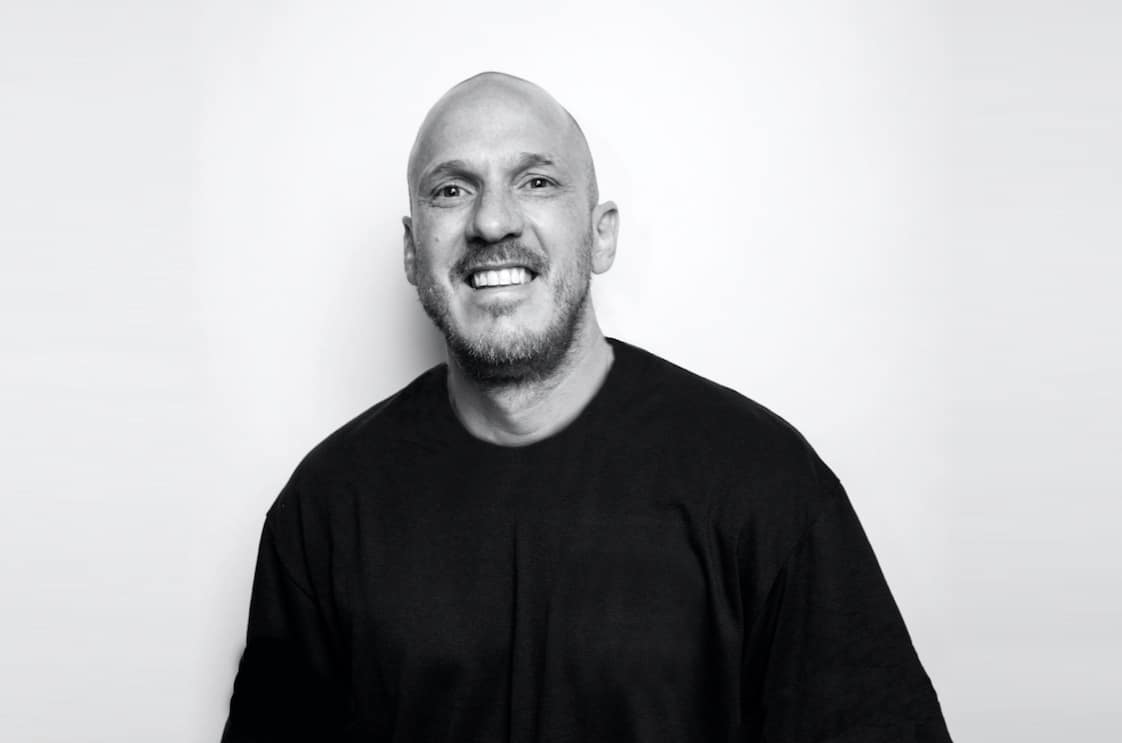 “The Bitcoin for Music: How Choon Is Disrupting The Music Industry” an Interview with Co-Founder Bjorn Niclas

Choon is a music streaming service and digital payments ecosystem powered by the Ethereum blockchain and designed to solve some of the music industry’s most fundamental problems.

A venture co-founded by partners Gareth Emery, John Watkinson, Bjorn Niclas, and Matt Hall, Choon is set to be launched next year. While it is considered a music startup, it also has a clear component in financial technology since it aims to try solving many of the issues many artists have right now with streaming services utilizing cryptocurrency-based solutions.

Choon will be built on the Ethereum blockchain, something Emery says he has been enthusiastic about since 2013. In addition, the service will have its own payment token called “NOTES” and a feature called “Smart Record Contracts,” which would presumably help create more effective contracts and, according to Choon, replace many of the procedures for licensing and contracting at present.

Choon promises to distribute half of the total overall NOTES token supply directly to artists over the next five years through a system called streaming for mining, plus an ambitious 80% returns for artists from streaming packages revenues, higher than the standard 70%, which has been decreasing as per recent negotiations with major labels by companies such as Spotify. While it may be seen as a concern, many contend that the real problem lies in where the money is going. Labels, distributors, publishers, artists are splitting up majority of the revenues, while the writers, engineers and producers get the scraps . Also many of the contracts are so opaque and complicated it is hard to know if one is being paid fairly.

We sat down with co-founder Bjorn Niclas to learn more about Choon and its Beta launch.

Congratulations on launching Choon! Before we talk about what the Beta platform is and how to join, I’d like to discuss how the project came to be, as a platform built on blockchain technology.

How did you first learn about “the blockchain” and what got you sucked into its applications from a personal standpoint?

I’ve been interested in cryptocurrency and blockchain technology for a while, the idea of a decentralized financial system not tied into the regular centralized system we have today is just very intriguing.

Does that mean you are yourself invested with cryptocurrency?

I was yes, however, we all agreed to liquidate all of our holdings to solely focus on Choon and our NOTES token. It’s easy to get sucked in looking at your phone every 5 minutes for changes in exchange rates!. That does not translate to great productivity when you’re trying to build a game changing product!

At which point did you realize that blockchain could be an integral part of the music industry?

Back in September last year, one of our co-founders Gareth Emery started discussing within our group various ways blockchain technology could be implemented to solve some of the most fundamental problems in the music industry. I had personally not given it that much thought before to be honest, however I’ve had several previous music tech startups before that tried to solve some of the difficulties the up-and-coming artists face.

How did the idea for Choon specifically first come about?

The idea behind Choon is a long time in the making. I think ultimately, it comes from the necessity to create a better working system. The current system as we all know is broken and doesn’t work for any type of artists outside of the major record labels. It’s a well-known fact that artists are getting screwed by the major labels and the different intermediates and streaming services. There is a ton of revenue generated from streaming music, but the revenue just doesn’t end up to the ones creating the music.

We thought long and hard how we could fix that. How we could build a better system. Basically, how can we build the next generation music streaming platform for the music of tomorrow. Getting more money and getting it to the artist quicker and in a more transparent way are the three core pillars of our company and around those topics the idea of Choon was born. That concept came together in September last year.

How would you describe Choon to someone who isn’t familiar with blockchain technology?

Choon is basically similar to a Soundcloud type service, for artists to upload their original music and share with their fans. The difference is, we pay every single stream in our own cryptocurrency NOTES. All the blockchain stuff happens under the hood and an artist doesn’t have to be a blockchain expert to use the platform.

How would you describe Choon to someone very familiar with blockchain technology?

How is Choon different from Soundcloud and Spotify?

The main difference between Choon and Soundcloud is that we pay every single stream in our own cryptocurrency NOTES and we pay that daily and with full transparency. (Soundcloud doesn’t pay independent artists for their streams) Main difference from Spotify is that artists are paid more fairly from a daily distribution pool that is not skewed by favorable major label terms. We also pay out daily vs a year or two and with full transparency, which is something you’ll never get from Spotify.

How is Choon able to generate more streaming revenue for the artists?

Good question this! First, we do this by paying the artists and collaborators directly every day without any record labels or intermediates. Secondly, we also do this by having our own speculative cryptocurrency tied into the streaming royalties. As the platform and user base grows, so should the utility of the service along with it.

How is Choon able to pay artist faster then the likes of Spotify, Apple Music, Pandora?

Since our Smart Record Contracts has the underlying deal points of each track, once a track is being streamed, our Real Time Royalty Network accounting system immediately accounts the stream and stakeholders to be paid out according to the deal points entered in the Smart Record Contract. We do this every day and it’s fully transparent and public record on the Ethereum blockchain.

Transparency has been a key issue for producers and DJs who have worked with platforms that often seem to take advantage of them somewhat. Can you tell us about how Choons hopes to tackle this issue?

The current music industry as we know is full of secrecy and sometimes questionable practices. Chances are, any royalty statement you have ever received is probably wrong and not really what you are owed. By having our accounting on the blockchain with fully transparent Smart Record Contracts, anyone can see any accounting details for every streamed track.

Say I am a bedroom producer. How will Choon work for me and how will I benefit from it?

Upload your original, unreleased music on Choon and promote your music to your fans. Every single stream on Choon gets rewarded in our cryptocurrency NOTES. We call this streaming for mining. Use the earned NOTES to market your tracks in popular playlists for more exposure to new fans in new markets, or simply exchange it out for cash in the future.

Now say I am an up-and-coming producer with releases on labels, gigs in my city, state or country, but haven’t yet exploded on the International stage. How will it benefit me and why should I use it as a platform?

Choon is a global platform with a global reach. Using our sponsored playlist is a great way for artists to showcase their music to a new global audience. The days of buying fake plays on Soundcloud in order to get more gigs are long gone. In today’s world, the only way to grow on a global scale is by having real life, dedicated fans from around the world engaging with your music.

Is Choon a platform for record labels also?

In our first phase, we’re only focusing on independent artists that fully own the rights to their own music that they upload. In phase two later on this year, we will look to expanding this to on board indie labels and their back catalogues. We will however not work with major record labels. If you want to stream the Beatles or Taylor Swift, there are plenty of streaming platforms out there that does a great job serving you that. 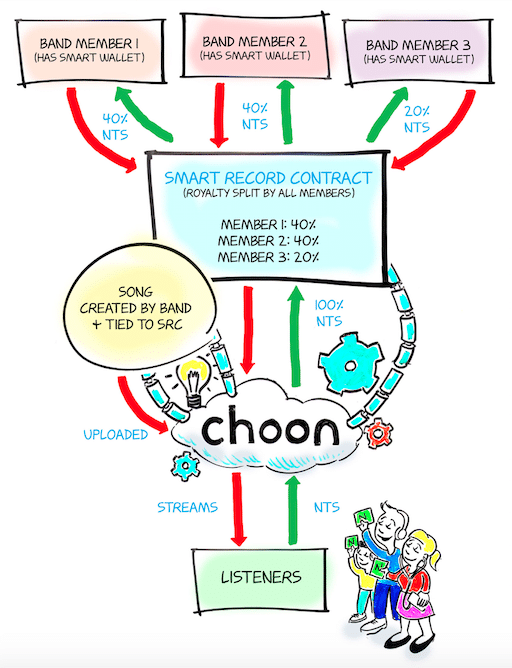 How about for DJs who don’t produce?

Will they be able to host mixes on Choon and reap the same benefits? Currently, Choon is only for streaming of individual tracks. We are looking into possibilities with DJ mixes that has pre cleared content. There are a couple of great third party services that provides that and we’re in early talks.

Does joining Choon earlier rather than later have any particular advantages?

Actually, joining Choon right now for our open Beta Artist registration (you can sign up to on our website choon.co or here) could have a significant advantage as this is an invite only group before the platform is opened to the public. That means, for the first 4 weeks of the private Beta period, there will be a limited amount of artists that are using our streaming for mining model. By being among a smaller group of artists on the platform first, there is a good chance to land grab a good amount of NOTES from our daily distribution before we open the platform to the general public. Looking at this outside the Beta and for the public access in May, I think anytime a new artist will join will be a great benefit for them. Together as a growing group of artists and listeners on the platform, we’ll be a force to reckon with and everybody will benefit from the growth of the platform and the increase of the utility of the token.

Ultimately, what is the goal with Choon in the music business?

As I talked about before, Choon aims to bring more money, instant payments and full transparency to the music streaming business. By creating this next generation streaming platform built on blockchain technology, we will prove that there is a better model for independent artist to have their music streamed and together as a community, we’ll disrupt the major label’s grip on artist revenue and payments. All while still owning all the rights to your own music. The days of signing away your life to a record label or publisher is long gone.

Ok finally back to Choon Beta! Tell us about that and how can an artist join the private Beta for access?

The private Beta is will be a great time for independent artists that own their own music to sign up and be the first to try our game changing streaming for mining model.

By being among a smaller group of artists on the platform first, there will be a good chance to land grab a good amount of NOTES from our daily distribution before we open up the platform to the general public as I mentioned earlier. We are open for Beta artist submissions for the next 2 weeks or so.