The Big Boom of Bad Boombox 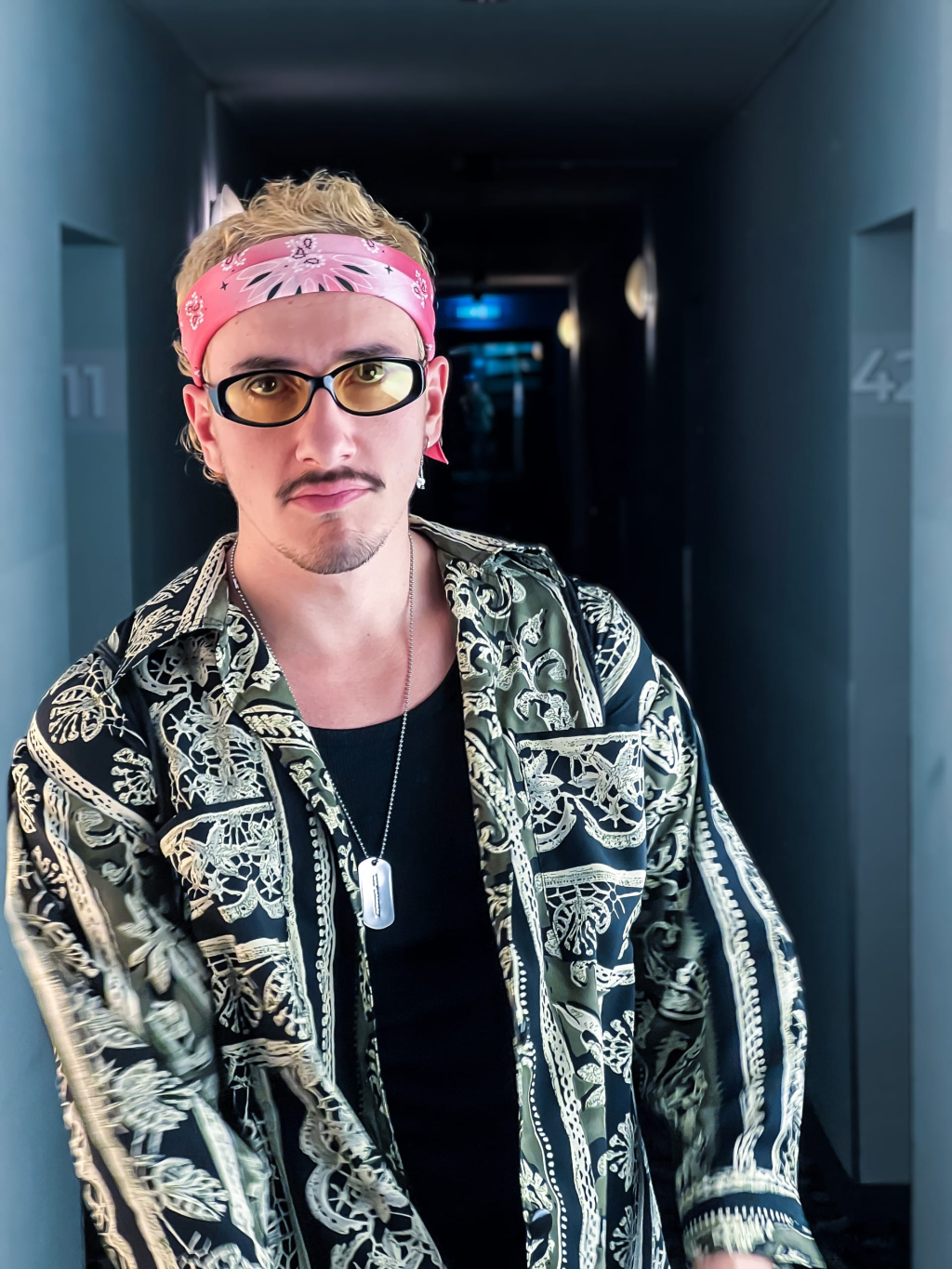 The Big Boom of Bad Boombox

Bad Boombox was born in Bulgaria, raised in the USA, and currently based between Prague, Czech Republic and Sofia, Bulgaria. The Bad Boombox project emerged in Berlin back in 2019, and grew online via funny content and music/mixes during the pandemic. Currently he’s on tour at clubs around Europe, looking to expand. His mission: add the color and fun back to the techno/dance scene like it was in the 90s/2000s.

With an arsenal of jams and jokes at his disposal, Bad Boombox has a chat with 6AM about techno, TikTok, and not taking things too seriously. 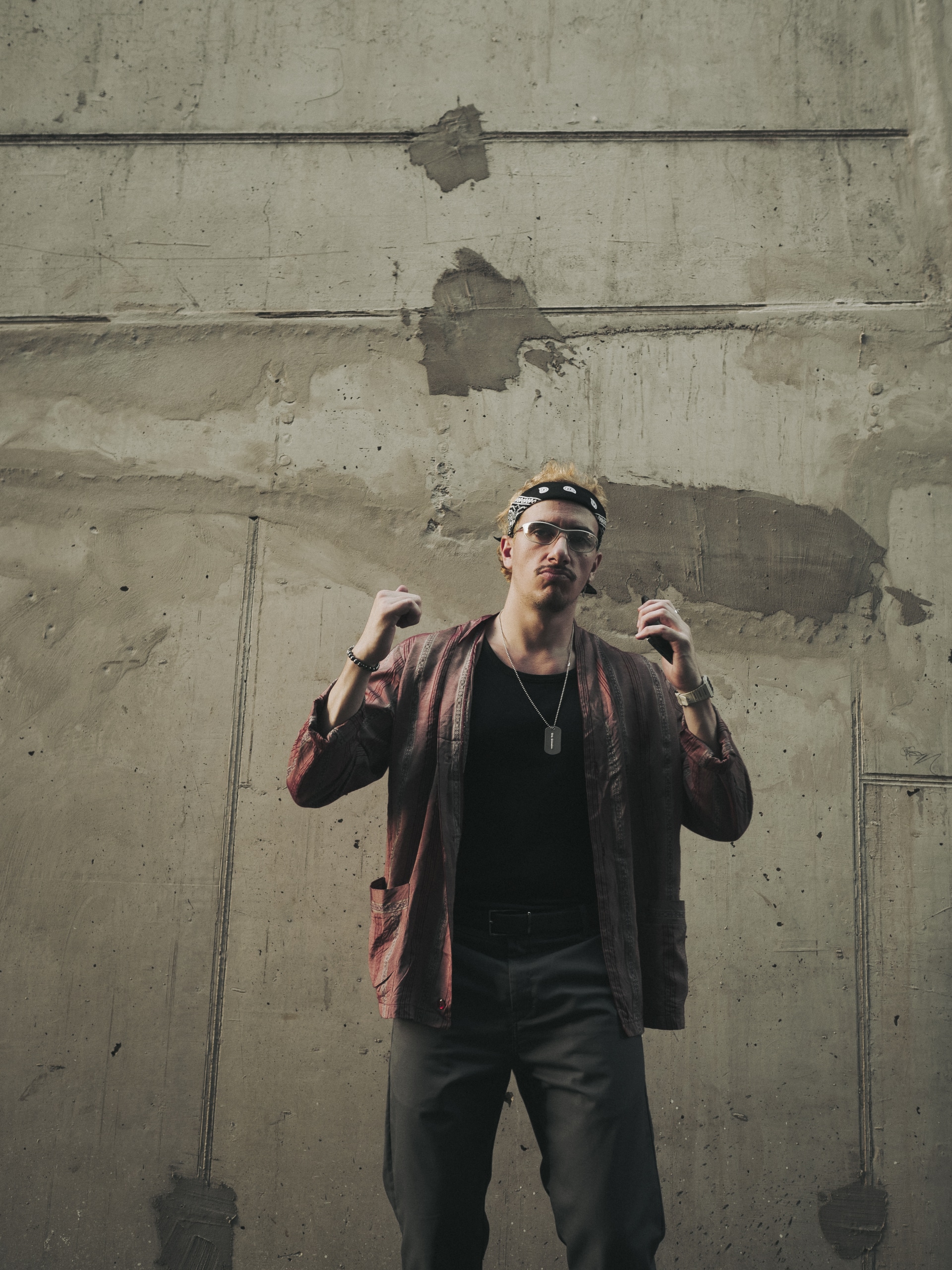 Hi Bad Boombox, thanks so much for talking to 6AM! How are you doing?

Thanks for taking the time! I‘m good, just finished up a crazy crazy summer in Prague and getting ready to move to Bulgaria, just looking for a good tracksuit.

So you’ve had a huge rise amongst the TikTok community and are known for your great dance moves and overall content, what got you into making techno based content for TikTok?

Over the last three years I‘ve learned how insane of a tool TikTok is. It‘s democratized music to such a level that we entered a completely different era of music, almost overnight. Back in 2019 I was just starting the Bad Boombox alias and didn‘t have much to post. I downloaded the app because I was bored and just posted a simple but sh*tty clip of me making a quick house track. This very first video sort of blew up and I quickly realized that there is a crazy opportunity somewhere within this mess. Back then TikTok was mostly kids doing dumb dances, along with a few comedy creators doing skits, but not much in the techno space (especially combining both techno and memes). I love making fun of random stuff, so whenever I had some free time I‘d make some meme about the scene – since I was living in Berlin at the time and learning about the scene. I think it took off because I didn’t care what would happen and I love trying new platforms to share stuff on, and people on the platform love really authentic short form content. I‘ve evolved my video style over the years, especially since moving back to Europe, and I keep seeing how much potential people are sleeping on.

It seems as if not a lot of techno artists are widely utilizing TikTok, why do you think that is?

As I said before, when TikTok first started it was a lot of the same thing over and over – young people poorly joining in on some dance challenge. People were quick to hate on the “new thing” just because it challenges their belief in the “current thing” that took them time to adapt too. We see this every time and it’s always the same boring argument. And the techno scene is absolutely rife with this mentality. Instead of being excited that new generations are joining the party, these guys feel threatened by it. However, over the last two years there’s been a huge shift in the TikTok user base. So many brilliant creatives in every genre – from directors to classical composers to wildlife documentarians to astrophysics professors. Even our parents are scrolling on it these days. What most musicians are realizing is that it’s never been easier to share your story as an artist, which we know is half of the battle with promoting our music. Just twenty years ago you had to physically glue your poster on every single street corner and be intimately connected to a major label just to get a few sales… yeah good luck with that! Now you can sit on the toilet and in 30 seconds share something that might deeply resonate with thousands of potential fans. And that’s what makes the old heads scared, because they didn’t have such an opportunity. That’s why I don’t concern myself with haters of the ‘new thing’, because in several months (or years) they end up asking for advice on how to join anyway. And also this scene was meant to be fun, remember?

So you’re launching your own record label October 7th “Hot Meal Records”, how did you come up with that name?

It’s actually funny how we came up with this name with my mate. I was part of an agency in the beginning and they were sending out a contract to the event organizers that included the line “The Promoter shall provide the following at the Promoters sole cost: A Hot balanced meal on the night of the performance”. We thought the verbiage was hilarious and weird, and wanted to incorporate it somehow. So as a label name it had a nice ring to it. We’re planning the content to revolve around hot balanced meals, because there’s a lot of potential. For example, the cover art for the first single “Make It Wet” is an AI-assisted painting of a surrealist soup explosion. Later it will translate to a real-life event or stunt. 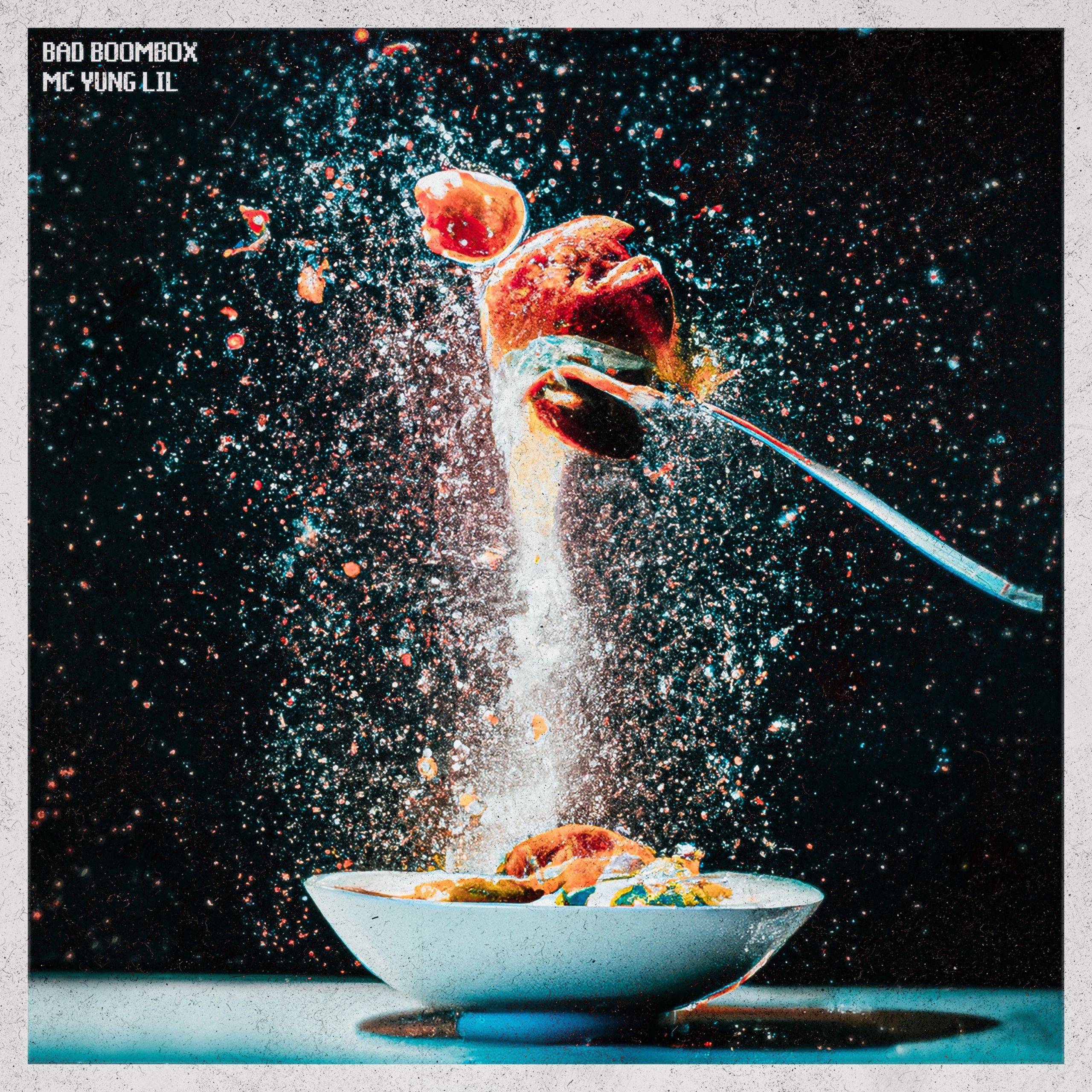 Why did you decide to start your own label? What’s the goal of the label?

I’ve been wanting to start my label for years, even before I started the Bad Boombox alias. I always hate being told what to do, like being told to hold a track for like eleven months before it can be released. So I want to do things my way, with like-minded creative people. This label is going to contribute new ideas to the stale techno scene. We’re gonna inject some colour and groovy energy back into the pool of DJ music. We want to bring up new artists who share this vision in dance music and events. And we’re going to do some wild sh*t.

What kind of music can we expect from your first release and future releases?

Expect some blends of old-school rave, some hard house, some hip-hop influence, some trance, some tribal drums, even some eurodance. Anything that has a sick groove and makes people actually dance (and not just worship Satan like at a lot of raves these days). We will be selective, always going for unique and weird, but we won’t mess with the artist’s idea.  Too many labels are also just in it for the clout on the backs of the artists, and end up putting little effort in promoting the artist’s music. The cool thing about this label will be the content. This collective we’re building will be a cohesive group of artists that will create amazing content to promote the tracks as well as our ideas.

The first release “Make It Wet” is a collaboration between me and the MC Yung Lil. We released a track this past summer which really cemented our style together. So this track is going to be the launch of the label, with its hard hitting drums mixed with sleek and sexy vocals. Me and some of my DJ friends have been teasing it at clubs and festivals all summer so I’m really excited to finally have it out.

Thanks again for letting me rant. There are so many crazy parts in the scene that sometimes it’s nice to take a step back and find the funny in it all. It’s just silly bleep-bloop music, why take it so seriously? 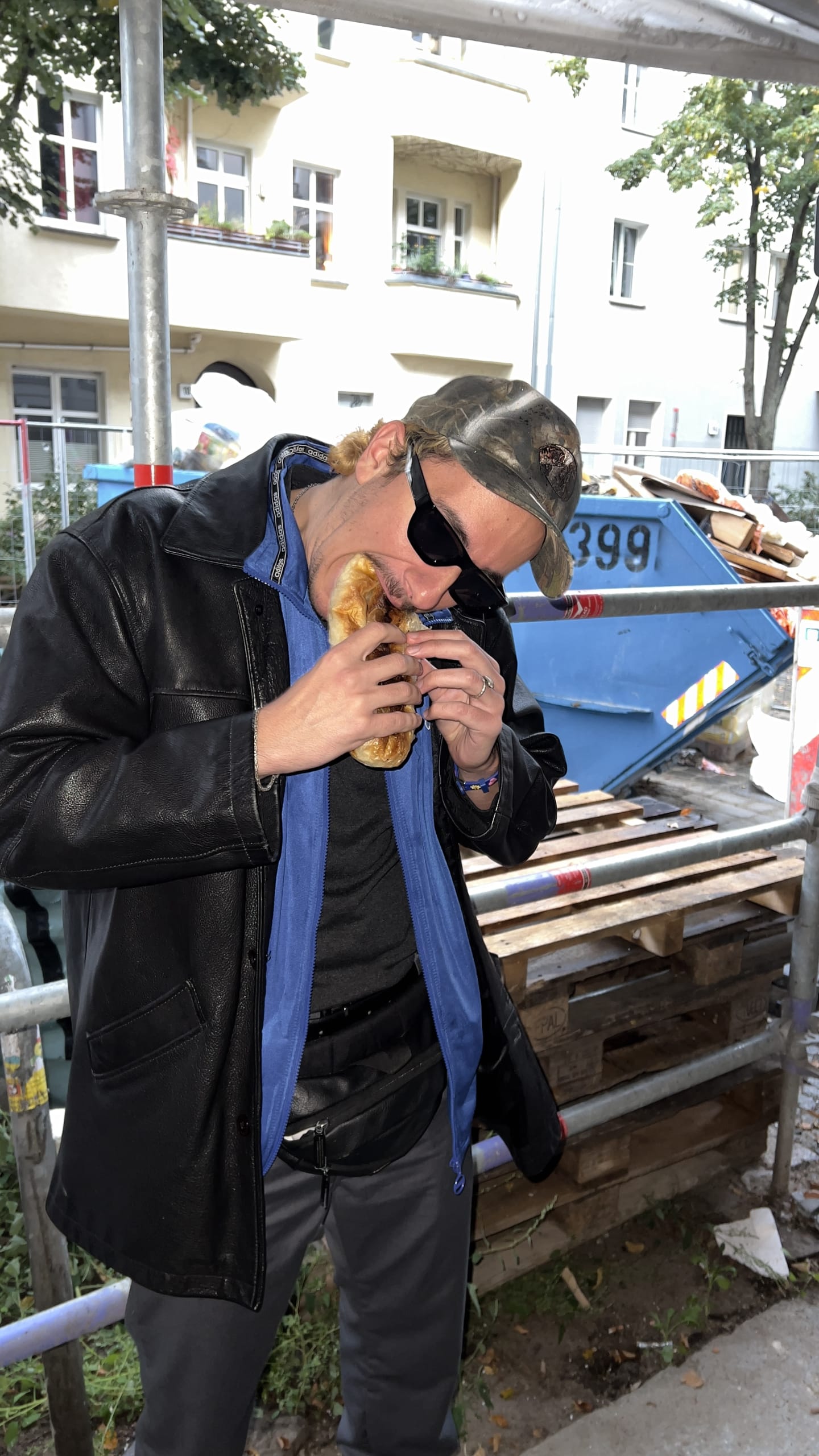