Ten Artists’ Vinyl Record Collections That Will Make You Drool 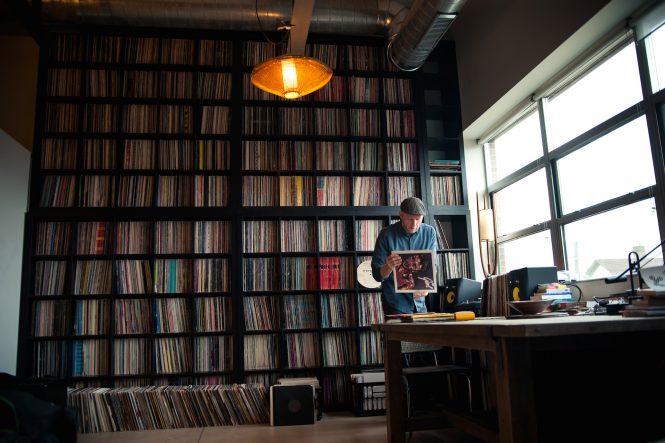 Ten Artists’ Vinyl Record Collections That Will Make You Drool

Vinyl, you beautiful, beautiful thing. Below are some of the best vinyl record collections from DJs, producers and musicians around the world that we wish we had every-day access to: 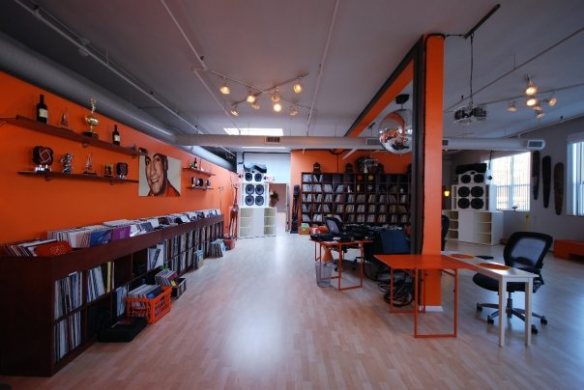 Danny is a New York City born and raised legend, with decades of experience as both a producer and track selector, making him one of the most respected names in the electronic music world of the last forty years. Naturally, he began his career with vinyl, building a collection that is arguably second to none. 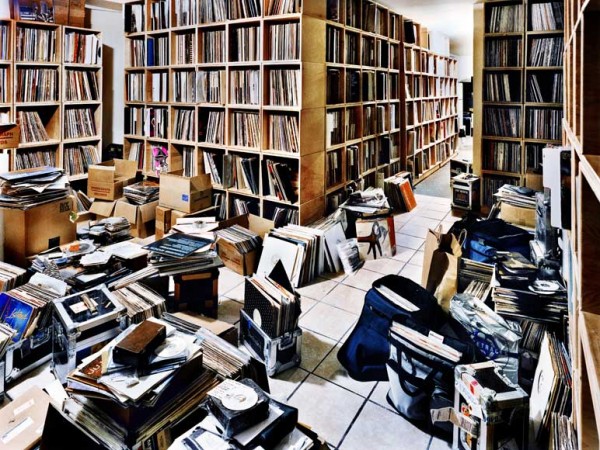 Vince Williams, aka DJ Spinna, is somewhat of an anomaly in the music industry. An impressive work ethic, obsessively extensive vinyl library and the willingness to pursue the full extents of his roots (Funk, Soul R&B and Jazz), foundation (Hip-Hop) and future (Electronic/Dance music) without any restraints.makes him one of the most versatile DJs in circulation.

There is absolutely no doubt that any techno aficionado would do almost anything to be in possession of Zak Khutoretsky’s vinyl collection. The Minneapolis producer and DJ is one of the most respected names in the international techno scene, with a personal collection that has been growing since the heydays of the ’90s Midwest rave scene. You can make a safe bet that plenty of tracks in his possession have found play at Berlin’s infamous Berghain/Panorama Bar during his residency.

In terms of vinyl collections, this is one any techno and house music fan would want to have unlimited access to! 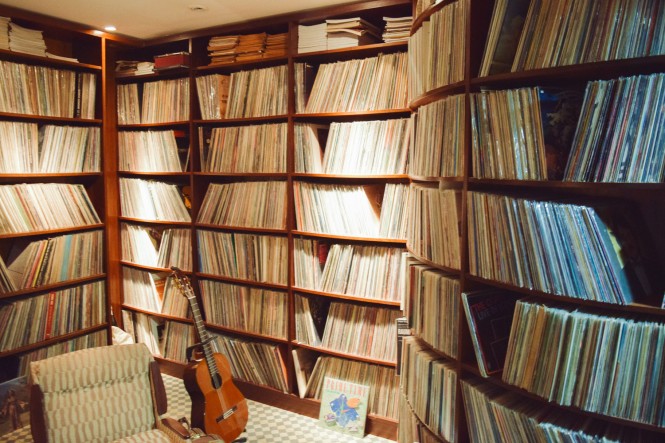 ED Motta is a Brazilian MPB, rock, soul music, funk and jazz musician. Although he doesn’t produce or perform any electronic music, his 30,000 vinyl collection includes some of the most sought-after EPs/LPs of the aforementioned genres, all stored and carefully catalogued in a custom-built shelf system. 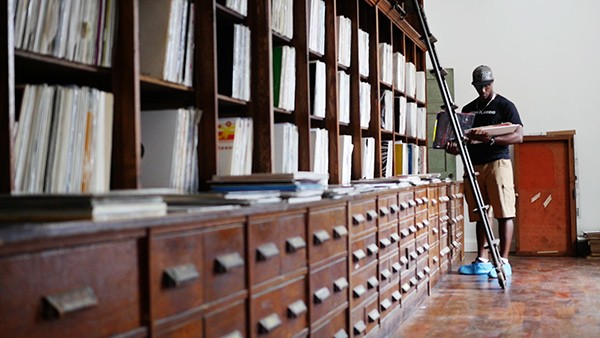 The late Godfather of House Music built a collection of records likely to make anyone jealous, containing an endless number of releases that he himself helped shape and influence thanks to his early work in the foundation of house music. Since his passing, an expansive amount of his record collection has found a new public and permanent home on the third floor of the Stony Island Trust & Savings Bank Building, a 17,000-square-foot neoclassical edifice in Chicago’s South Shore. 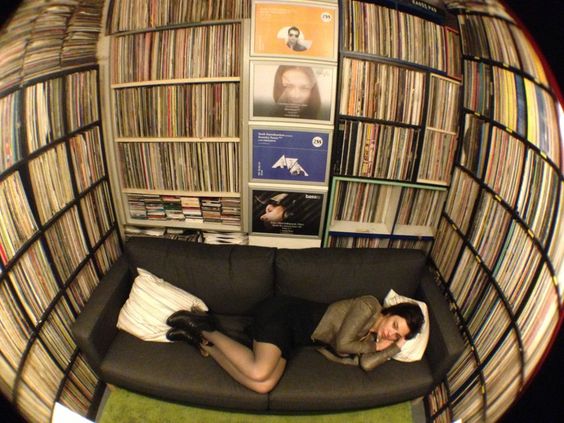 The Russian techno DJ and accomplished producer carries vinyl with her when touring the world. An avid collector and proponent of the art of wax, she has recently started her own трип (Trip) imprint, rapidly becoming one of the most revered names in today’s acid house scene. 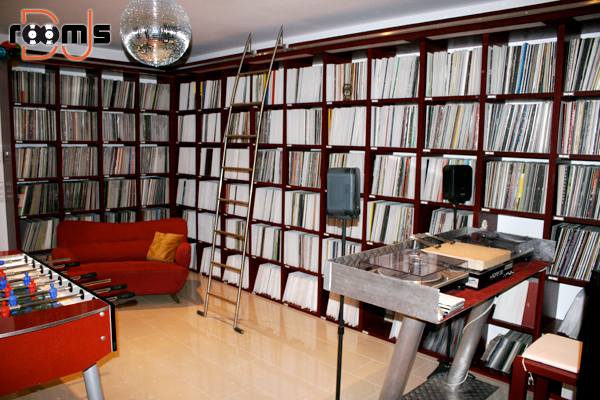 Philipp Straub aka Dj Felipe has been in the game for more than 20 years as one of the leading heads of electronic music in Austria. As successful house and techno DJ, producer, and owner of PS Records and Titanium Records, Straub has amassed a massive record collection that is the envy of any vinyl connoisseur anywhere. 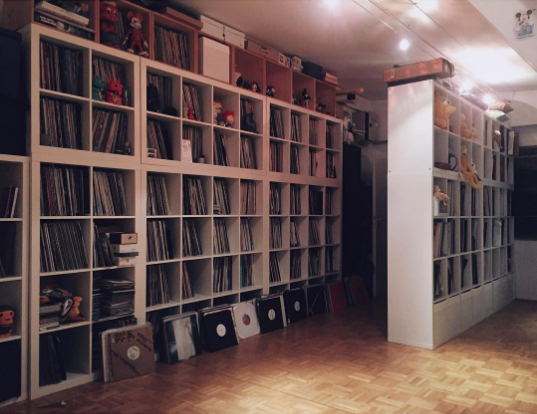 Radio Slave or Vinyl Slave? Judging by his record collection alone, it would appear that Matt Edwards chose the wrong name when beginning his long and successful career as a producer and DJ. Joking aside, however, his proud collection is but a testament to the diverse soundscapes he able to produce and play as Matthew E, Sea Devils, Rekid, one half of Quiet Village (alongside partner and fellow vinyl freak Joel Martin) or Radio Slave, as he is perhaps more commonly known.

Known as either Soulwax or 2manydjs, belgian brothers Steven and David Dewaele recently made headlines at Coachella 2016 when they featured Despacio’s 50,000-watt sound system at the festival all weekend long. Later, they continued to impress when pictures of their recently renovated vinyl room began to surface on the internet, complete with custom lighting, a meeting table and a reel-to-reel setup.

Miocevich is not a producer, DJ or musician, but news outlets around the world began to feature his vinyl collection when he unveiled the the three-storey property development he completed in order to house it all. Looking at the picture alone is bound to make any vinyl-head jealous.

Which one of these vinyl collections is your favorite?