Ten “Undercard” Acts You Should Check Out During Movement Detroit 2017 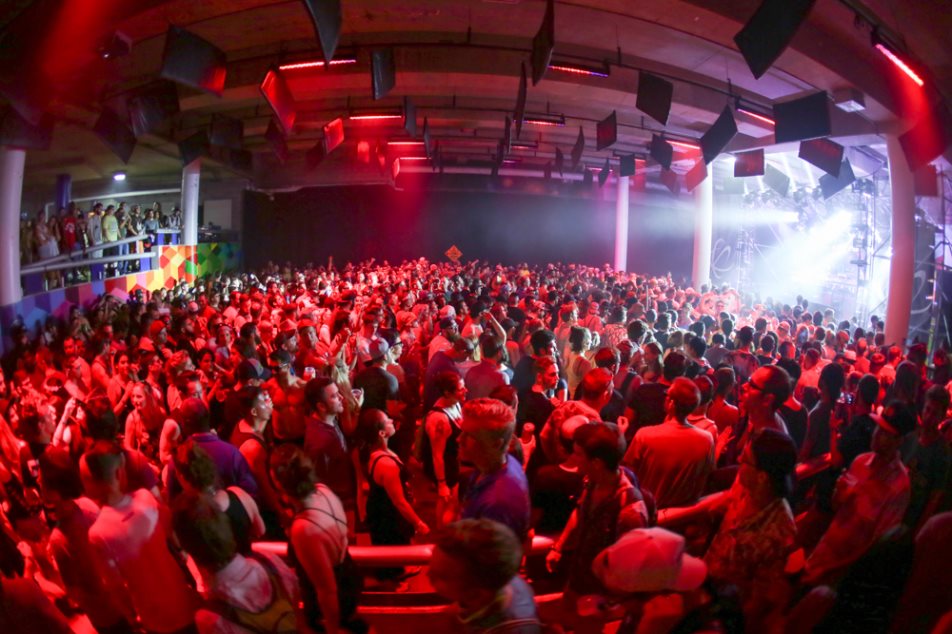 Ten “Undercard” Acts You Should Check Out During Movement Detroit 2017

While the headliners and bigger names on the roster draw the most attention, naturally, Paxahau did a great job in filling out the lineups’ “undercard” section with a good array of talent spanning several genres. It also appears that they reverted to their old formula of featuring three days of techno at the Underground Stage, although that will not be confirmed until set times are out in the weeks to come.

So, if you’re heading to Detroit this coming May (and you should be, here is where you can buy tickets) why not look beyond Carl Cox, Adam Beyer and Seth Troxler? Branch out and explore some new names, some of which don’t tour the U.S. often or are local to the Detroit and could be a welcome surprise to your festival weekend. In our personal opinion the Movement lineup’s undercard section includes names worthy of being above the “fold”, such as Coyu, Francesca Lombardo, drumcell, Adam X & Perc, Rebekah, etc, so we will not focus on those, but will try to provide some other acts you may have not heard of that will be worth checking out. Bear in mind that this list will be read by Movement veterans and debutants alike, so please be understanding if you happen to be one of the former and are familiar with acts we have chosen. It is also no coincidence that a large number of them are Detroit-born, or Detroit-bred, giving further weight to the quality of each artist selected.

Below are our 10 “undercard” recommendations from this year’s Movement festival lineup, listed in alphabetical order.

The Detroit-based artist is a mainstay of the local techno community, with releases on Detroit’s Blank Code and featured appearances at some of the city’s best techno events. Driven by the raw and primal nature of techno, his DJ arrangements and original productions are characterized by broody and deep musical explorations peppered with hypnotic and rhythmic sonic experiences. His signature sound has made him a local favorite in a city that not only gave birth to techno, but continues to push the envelope for the genre’s future progress with a selection of top-tier talent in both the producer and DJ categories. His skills have not gone unnoticed, landing Jimenez coveted spots alongside some of techno’s greatest names in the international touring circuit including Monoloc, Silent Servant, Dasha Rush, Regis. Perc, Adam X, Headless Horseman and Dustin Zahn just to name a few.

He is likely to be playing the Underground Stage during the weekend, so ensure you head down there to give him a listen, it will be worth it!

Once again we don’t have to look beyond Detroit’s confines for our second name. With releases on Richie Hawtin’s M-nus Records as well as Refused Audio, Asher Perkins has remained true to his love for the minimalistic side of techno for years now, continuing to produce, play and organize parties that focus on the sound that made Detroit famous musically in the late ’80s/early ’90s both during the first and second waves of techno. Asher’s skills as an artist lay with his ability to read a crowd’s emotion, feed off of it and perform accordingly, allowing him to take his sets into new directions each and every time. You can catch him by the river at the Beatport Stage!

There is no doubt that there’s a sense of mystery shrouding Dopplereffekt. The enigmatic electro outfit are hard to decipher, with not much info about them available online. As Resident Advisor once put it, “Approaching the work of Dopplereffekt can be daunting. As the title of their first album-length collection suggests, the act—it’s hard even to know whether to refer to ‘it,’ ‘he’ or ‘they’—comprises a Gesamtkunstwerk: a ‘total artwork’ where every song, every performance, every musical motif and every pronouncement is part of a greater whole.” While RA goes on to list four members as part of the group, it also recognizes that it is more often composed by Heinrich Mueller and To Nhan, the duo that plays live under the moniker. As far as their music is concerned, it sometimes seems more dedicated to techno’s original futurist tendencies, and at others downright steampunk-retro. The reason we recommend checking Detroit’s Dopplereffekt is simply because of the question marks that surround the experience that will surely unfold. We don’t know what to expect, and sometimes one of the most beautiful experiences in the world of electronic music is finding yourself on a dance floor waiting to be surprised, unsure of the journey that is ahead of you.

The Detroit-based house duo are becoming quite the sensation these days, spurred on by a sense of true camaraderie and fellowship, an impressively loyal fanbase and their ability to churn out releases while touring non-stop and still remaining as approachable as ever. Inspired by the sounds of Chicago house, yet also influenced by the rich electronic music history of Detroit, Golf Clap’s relentless work as head of their Country Club Disco imprint and party series, as we as in the studio and behind the decks, has gained them peer respect across a platform of several genres. Catch their return to Hart Plaza this coming Movement weekend, where you will be spotting Country Club Disco-gear fans grooving to the duo’s infectious performance.

If it seems unfair that Honey Dijon is considered an “undercard” then let us tell you that we agree. But if including her name on this list means more people go see her perform then we are willing to do so! One of Chicago’s finest exports, Honey Dijon will land in Detroit via New York City, the metropolis she now calls home. She discovered house music back in the Windy City, where it all started, obsessively collecting records from hallowed stores like Imports Etc and Gramaphone Records, all the while honing her own personal style. There she met the one and only Derrick Carter, forging an life-friendship that exposed her to the sounds of jacking house and Detroit techno. She then moved to NYC where she met Danny Tenaglia and his sound, completing the piece of the puzzle that has come to influence her own unique flair and sound. Looking to dance to some soulful, mind-inspired and emotional jacking house? Don’t miss Honey Dijon performing what is likely to be a vinyl set at Movement this year!

Another Detroit-bred artist, Luke Hess draws influence from the city’s ’90s techno warehouse party scene, which he was lucky enough to experience growing up in the Motor City as a teenager. His faith based music production landed him a seat with Omar S’ FXHE label & Carl Craig’s Planet-e label in Detroit, and performances at Berghain and Panorama Bar, Awakenings Festival, Dimensions Festival, ENTER Ibiza and a slew of other celebrated venues and parties around the world. Constantly pushing his sound, Luke remains faithful to the raw and deep breed of Detroit techno that inspired the Movement that takes over Hart Plaza every year.

A self-described techno futurist, Matrixxman has worked tirelessly to carve himself away from the serious dearth of U.S. techno producers that have risen up to the occasion in recent years. Cold, machine-like and yet welcoming, his signature productions and sets have gained him support from some of the industry’s most respected names, including DVS1, Rødhåd, Jeff Mills, Ben Klock, Richie Hawtin, and Levon Vincent. On top of his Movement Detroit performance, Matrixxman is slated for sets at Berghain, DGTL Amsterdam, Dekmantel and fabric London, a testament to his music and yet another reason why you shouldn’t miss him this coming Memorial Day Weekend.

Paranoid London, who choose to keep a low profile, have self-released a string of popular underground club tunes since 2007 comprising rough-around-the-edges acid and house tracks, often with vocals on top. With so many artists attempting to market themselves as reliable brands and personalities, Paranoid London are in the same playing field as Dopplereffekt, willingly remaining ambiguous and anonymous, hiding behind a wall so that focus is on the music they create rather than masked anonymity or gimmicks. Their debut LP in 2015 was one of the most eclectic yet visceral house records of the year, underscoring the diversity of acid’s beginnings while simultaneously providing dirty, brutal tracks that offered something fresh and unique.

If you’re a fan of techno it’s entirely likely that Rrose isn’t a new name to you. Regardless, Rrose remains one of those artists you have to see perform live at least once in order to fully grasp, a musician that blends the lines between unadulterated in-your-face techno and experimental sounds in a truly singular way, able to concoct sets that aren’t quite like any others you will find out there. It’s the uniqueness of the performance that makes Rrose such a beautiful act to watch, thanks to a live set constructed with a small collection of MIDI controllers and Ableton Live and the propensity of focusing on unreleased material that is often new to the ears of even the most seasoned of techno veterans. Likely to play at the Underground Stage, Rrose will be a tough act for anyone to follow, making it one of our top recommendations from this year’s undercard list.

From Copenhagen via Berlin, Sleeparchive’s techno has gained foothold around the world following 20 years of hard work both in the studio and on the road, playing gigs in all corners of the globe. His remix collection includes works for Cio d’Or, Adam X and Regis, while his own productions have been released by Tresor, Innersurface, Repitch Recordings and his own self-titled imprint.  Inspired by the music of Mika Vainio, Plastikman and later Jeff Mills, Sleeparchive’s live performances could essentially be described as a Berlin take on Detroit techno, a welcoming sound to anyone in town for Movement this year!