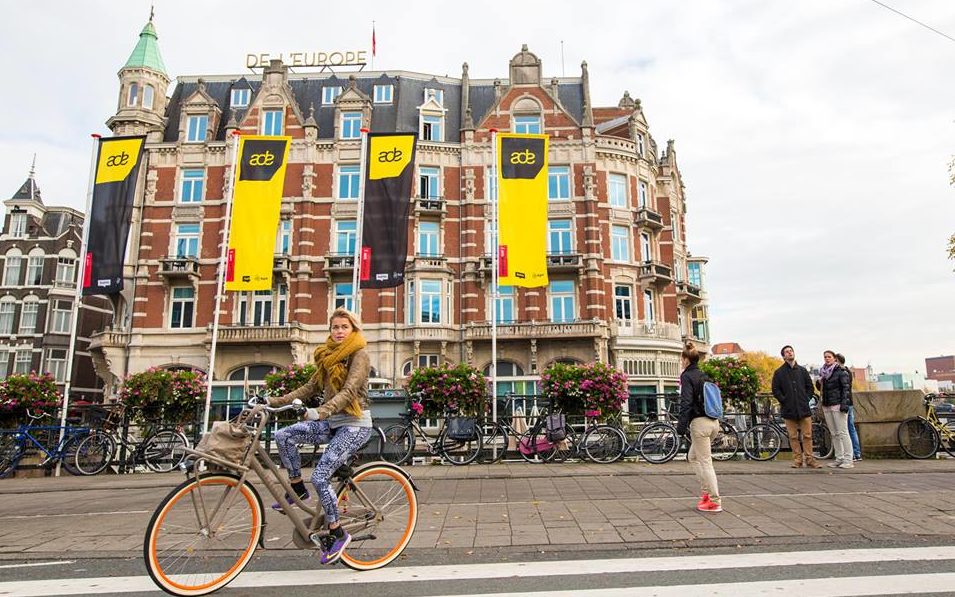 The whirlwind five-day conference and club festival was a marathon to say the least and for me, as a first time attendee of the conference itself (rather than just club events), a lesson on the power, scope and influence of ADE in today’s music industry. From Wednesday October 19th onwards until the early hours of Monday morning, the city of Amsterdam was entirely dedicated to the iteration of ADE, selling out the conference for the tenth consecutive year and breaking all sorts of records, totaling 550 speakers, over 2,200 artists in more than 140 venues, 1,000 events and approximately 375,000 visitors. 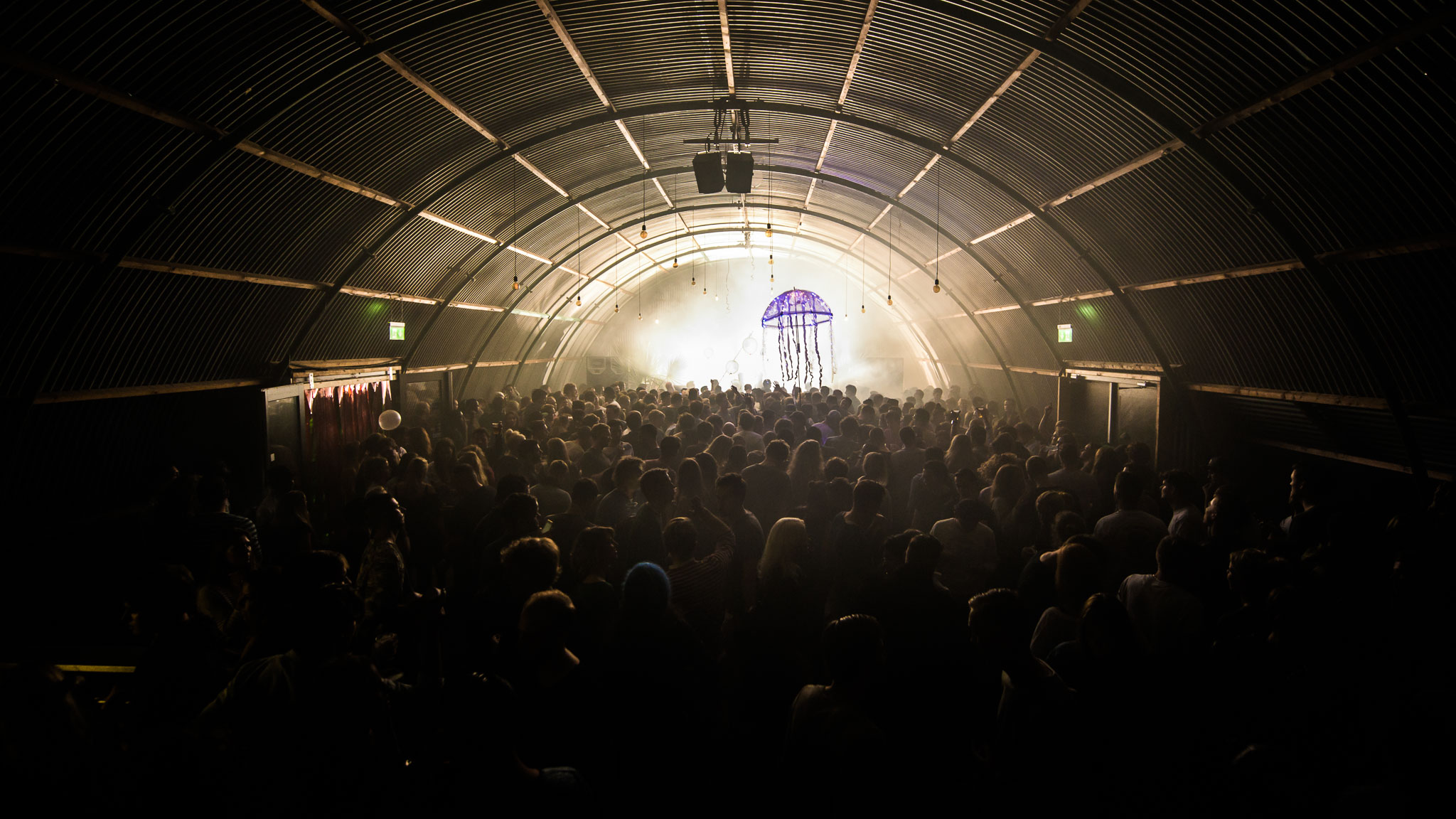 After attending several conferences and workshops, interviewing artists and networking with agents and publicists as well as attending nine different parties, I flew away from Amsterdam with absolutely no doubt of my intention to return in 2017, and with a few important lessons learned along the way:

ADE is what Winter Music Conference was 10-15 years ago but on steroids: Did I just make a comparison between the two? Yes, although in all honesty WMC never even came close to reaching the size and influence of ADE both within the city hosting the event and in the international dance music community. Walking around Amsterdam last week you gained a sense that ADE isn’t some side event backed up by the city but rather one organized, hosted and wanted by the entire local community. You could walk into any of the major hotels and run into some of the most influential artists, agents, label-owners and publicists of our scene — everyone at ADE is there to connect and to continue to build on the foundation blocks for the future of dance music. 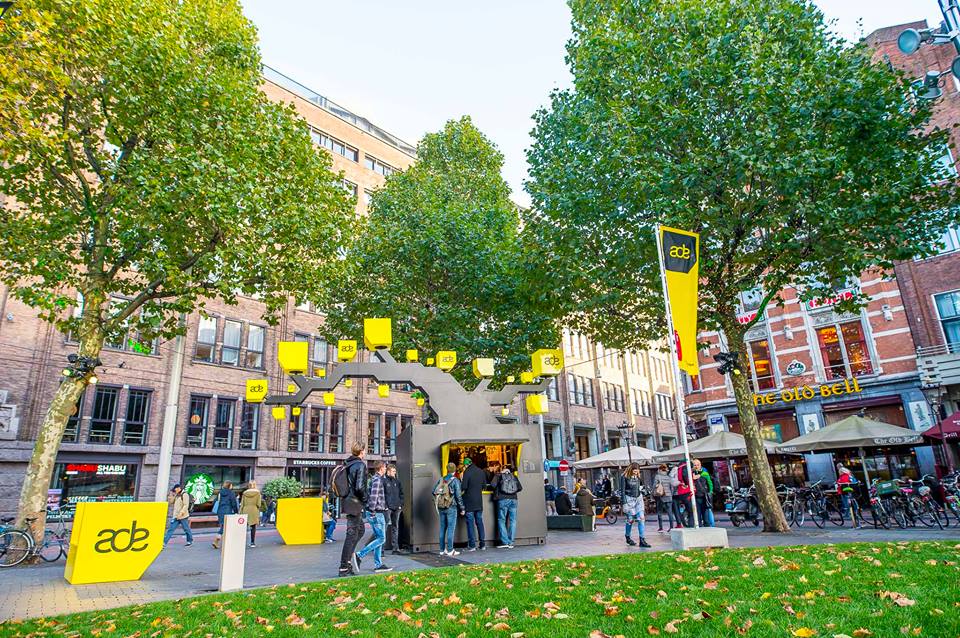 ADE is much more than a club festival: Sure, you go to ADE to party but you shouldn’t limit yourself to just that. While it may be hard to leave some free time to explore the city and dive into the various activities the conference provides, ADE does an excellent job in incorporating a series of exciting options into your schedule that include technology workshops, museum visits and more. ADE’s official opening ceremony took place on Wednesday, under the canopy of the Stedelijk Museum. The Museum Quarter also served as the location to host the first concert ever in the underpass of the Rijskmuseum where Maceo Plex treated 2,000 lucky visitors to a special set at no cost. Checking out the Van Gogh Museum is also a must when in Amsterdam, and this year Armin van Buuren presented a special audio tour there highlighting some of his favorite works. Also each year at ADE the most culinary-inclined artists face off in the kitchen in an official ADE DJ Cook-off where they share their signature dishes with an expert panel of judges – an event that promises a lot of fun and a unique experience alongside some of the best and most down-to-earth DJs in circulation. 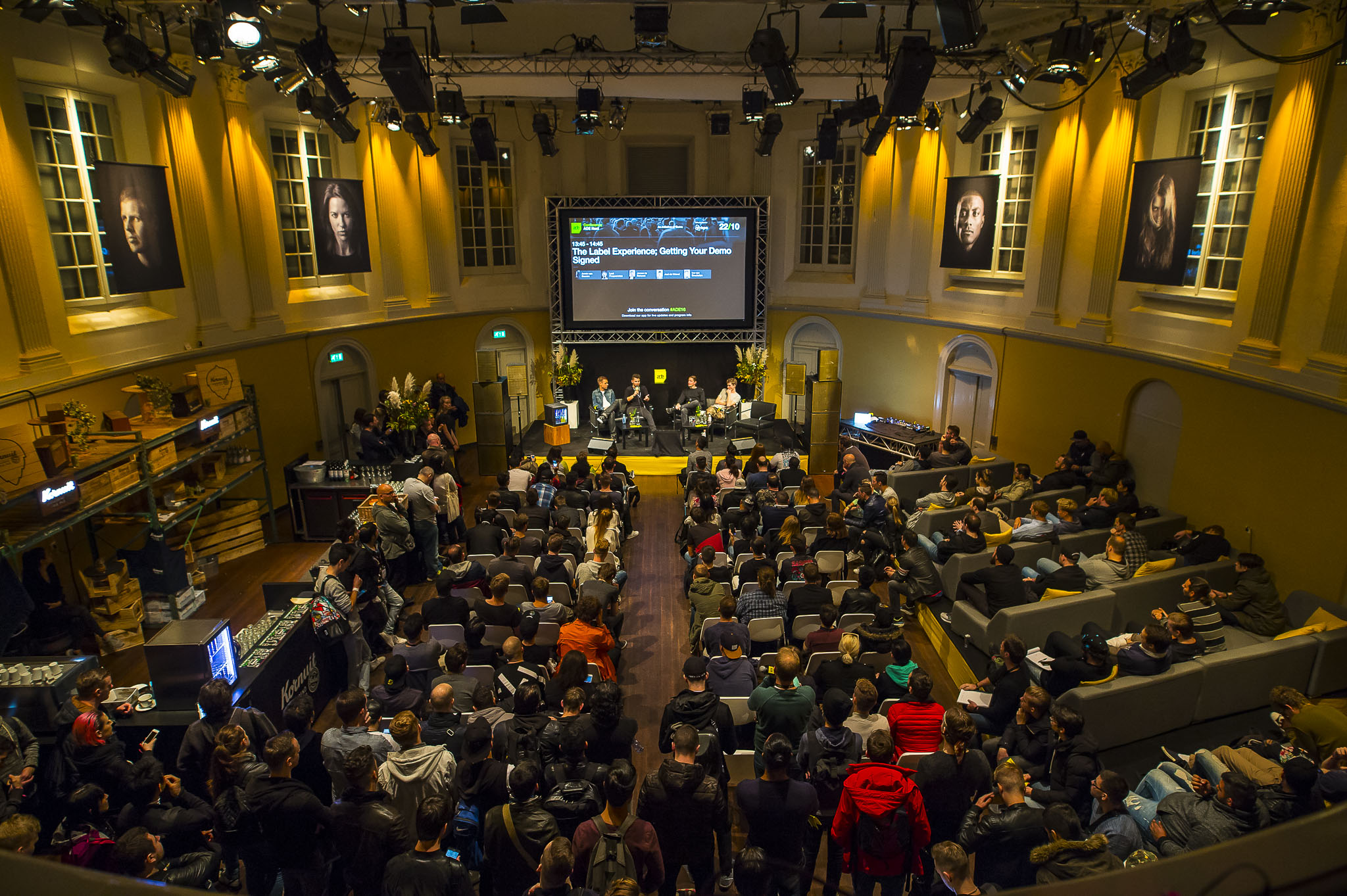 Riding, riding and riding: Everyone bikes in Amsterdam. They bike to shows and bike back home at 8am after 10 hours of partying at a venue 45 minutes away from their bed. It’s efficient, it’s almost always as fast as public transportation and best of all it’s far cheaper than cabbing it around. We were quoted exorbitant taxi prices throughout the week and while uber was an available cheaper option, bikes do the trick depending on the location of your accommodation and your party destination. It’s also a wonderful way of exploring the city during the day and reaching the various ADE workshops, playground activities and major meeting hotspots. It works, there’s a reason the locals do it.

The list of artists playing ADE is so extensive it’s hard to pick wrong: Whether you’re going to ADE to see your regular favorites or to finally catch those elusive artists that barely, if ever, make it to your country, ADE will have plenty of party options for you. I was able to see at least 12 acts for the first time last week, a testament to the depth of ADE’s lineup on any given year. If your taste knows no boundaries, ADE does an excellent job in providing a wide spectrum of events ranging from mainstream EDM to the most underground of hipster techno: book your trip and worry about who is performing at ADE later as you’re sure to find something to fit your needs.

Techno truly knows no age in Europe: More often than not, a hard techno show in the United States (I am talking artists such as Surgeon, Lucy, Rrose and the likes) is filled with true connoisseurs of the genre of a later age than your average EDM audience. In Europe things are different, as the crowd at ADE proved. The Verknipt Techno Special showcase alone, filled with arguably the best selection of techno artists you could find during the entire week, was attended by throngs of 18-22 year olds with an impeccable understanding and appreciation for the genre. Although at other techno events the crowd’s age varied a little more, it was always easy to spot the younger techno lovers in the crowd as there were so many. 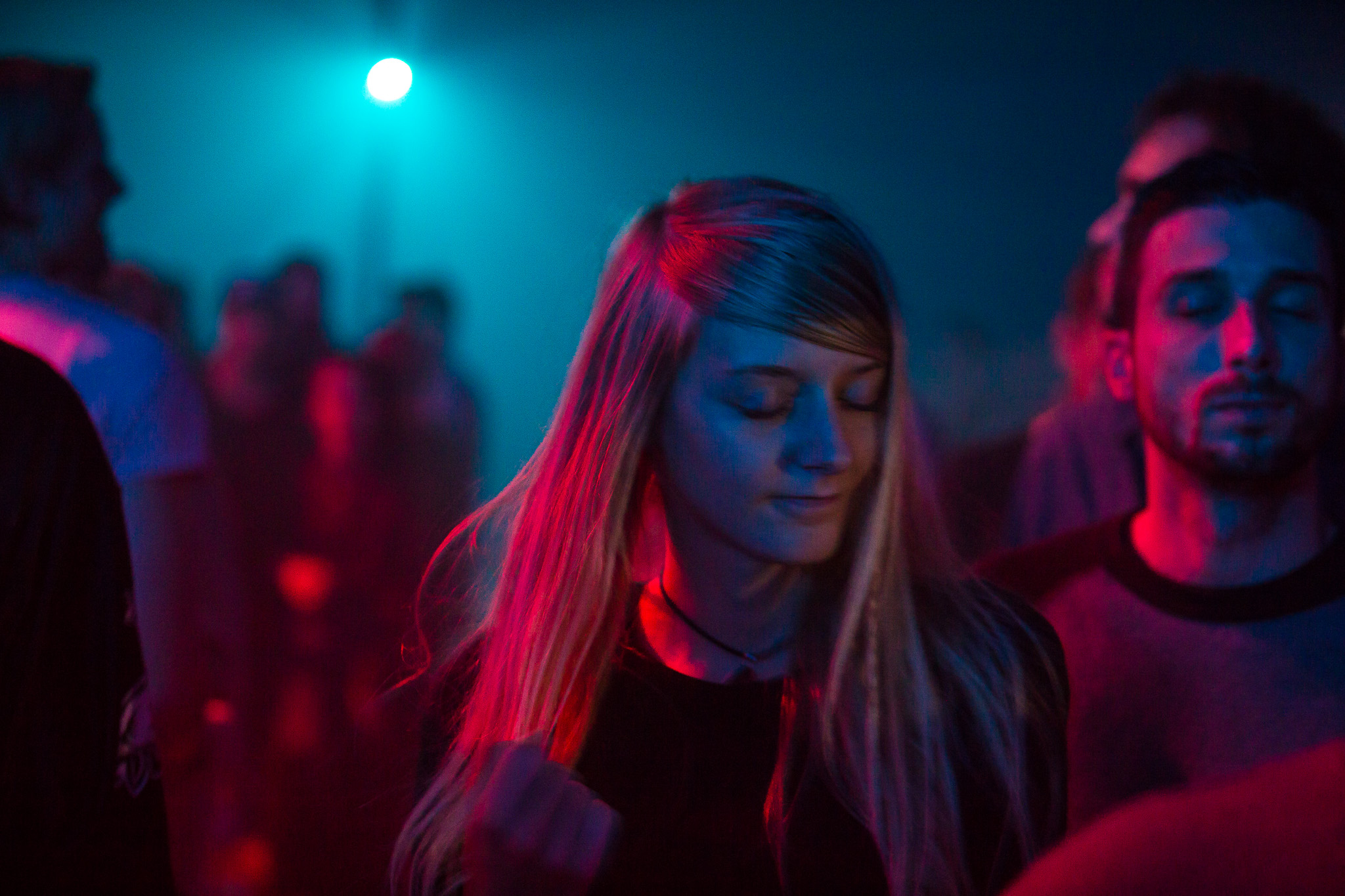 ADE cares about your general health: I do not say it lightly when I state that I have never seen a festival or dance music event stress the importance of partying with reason in mind as much as ADE does. I am not denying that Amsterdam’s inherent liberal culture allows for plenty of drug-consumption, but venues do their job to keep the usage to a minimum and, more importantly, ADE goes out of its way to send a message at each event about safety of drug usage and how to prevent unwanted situations. During the week I received push notifications from the ADE app of dangerous pills in circulation and later found the same warnings posted at every venue I went to. Further, bullet-point sheets were posted at each club with tips on how to stay healthy while raving, including the recommended amount of water consumption while under the influence of MDMA and information on how to seek help if needed without worrying about repercussions of arrest.

The message from ADE

ADE cares about your ears: There is no doubt that ADE puts a strong emphasis on hearing protection. The minds behind the event understand the risks that come with raving and loud sound systems and ensure that cheap ear plug options are available at every venue, with signs clearly posted to let attendees know where they can purchase them. It was also more than evident by the sheer amount of ear plug users at each event that the rave-conscious European crowd understood the importance of ear protection.

Get the ADE card, it’s worth it: If you want to get the most out of ADE the ADE Card is a must have. It allows you to get into exclusive events, gives you access to free giveaways and discounts in addition to special extras. It only cost €10 and came with a ton of perks this year including 10% off ADE merchandise, access to talks by Sander van Doorn, Richie Hawtin, Joris Voorn just to name a few, 50% off music production classes and discounts at several art exhibits and museums including the Art of Banksy, the Van Gogh museum and more. 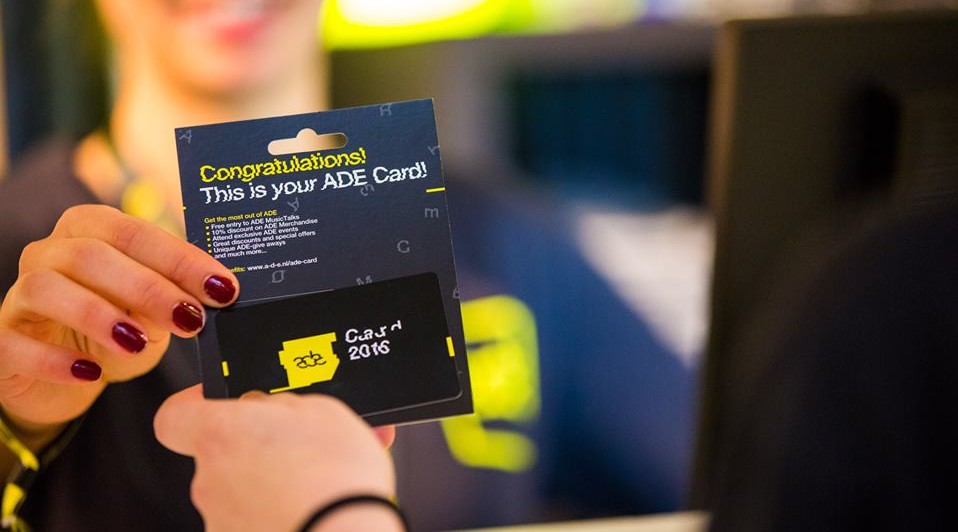 You might be 6’2″ and still have a hard time seeing the DJ: Holy cow Dutch men are tall. And I don’t mean your average American definition of tall, but real tall. Ok, I am a modest 5’10” but even friends who were 6’2″ were constantly surrounded by what looked like giants towering over them no matter which venue we were at.

You have to go to ADE at least once: Ok this one may be a given but is it really? Why did I wait so long to come back to ADE after my first visit 8 years ago? While I don’t have an answer to that question unfortunately, I did fly away from Amsterdam with the understanding that I will be back. Partying in Amsterdam is in-and-of-itself a unique experience, and doing it during ADE is your best chance of experiencing a multitude of venues while exploring this unique city all at once.

Check out the most up-to-date selection of live set recordings from ADE 2016, carefully selected for your listening pleasure.