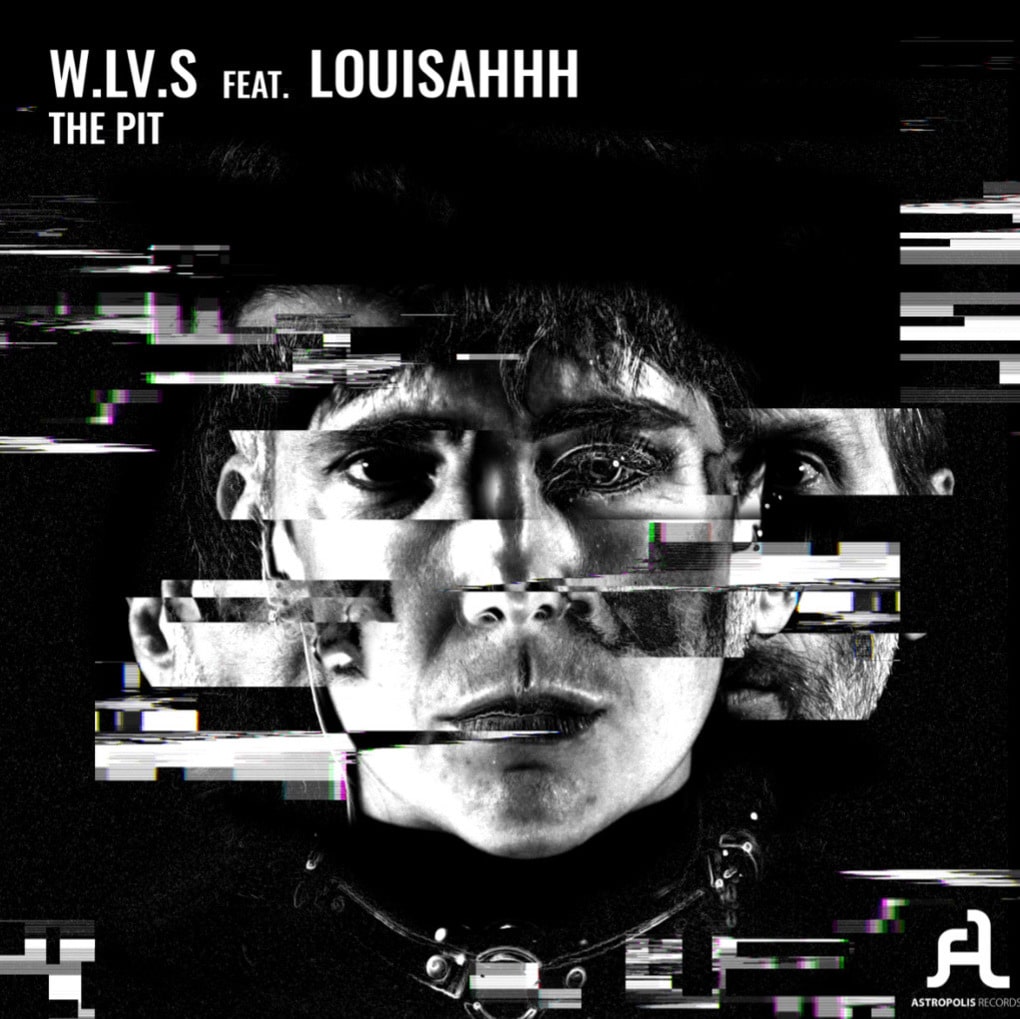 Four years after the acclaimed EP Misericordia, which signed the enigmatic, dark and heady soundtrack of the documentary Sous le Donjon de Manu Le Malin in 2017, two French veterans of the electronic and rave scene Electric Rescue and The Driver (aka Manu Le Malin) present their third EP with their duo W.LV.S on Astropolis Records.

Before Orca EP releases in 2022 (vinyl and digital), the duo has unveiled the first single ‘The Pit.” They’ve invited the charismatic and ghostly voice of Paris-based new-worker Louisahhh. A frenetic and powerful techno track haunted by Louisahhh’s hypnotic and icy vocals, chanting a poem she wrote. A unique fusion of techno and spoken word.

Originating as a ferocious techno poem, this collaboration between legendary French duo W.LV.S and techno’s favorite punk, Louisahhh acts as a galvanizing prayer, a dancefloor beacon, a scream into the abyss, a shard of hope. ‘The Pit’ is where we start after a year of being confined, silent, separate. The pit is where the growth happens.


The poem is one of Louisahhh’s ‘Techno Poem’, a collaborative work featuring other artists for the music (another poem was ‘Lights Out’, which came out last summer on an EP with Maelstrom). These poems explore mental health, self-harm, recovery, relationship, and spiritual evolution. ‘The Pit’ works on the healthier side of the spectrum, a kind of ferocious healing hymn that centers around this idea of ‘sin is not being true to yourself’ and ‘breathe into it, expend it release it / it will be okay’.


Click here to stream and buy: ‘The Pit” by W.LV.S and Louisahhh

“The goal was to give the audience a visceral experience of freedom from shame, liberation from the bondage of self. I find this works well (in ways subtle or explicit as the case may be) on the dance floor.

Though it was written a long time ago (around 2017), I find that the roots of the poem hold more true than ever, and are more necessary these days as we hang in a precarious position as it feels like the world is crumbling around us.

May this song act as an anchor and a long battle cry, keeping our darkness at bay (or loving it more fiercely into light: ‘you won’t get what you think you want unless you love yourself unconditionally first’).”

Louisahhh on her latest visual project for “The Pit”

The track comes with a black and white music video in which Louisahhh’s face appears progressively with the intensity of the track in a ghostly and enigmatic way, camouflaged behind glitchy effects and drawings, mixing at the end with the faces of Electric Rescue and The Driver forming one character.

After four years of absence, the return of the two godfathers of the rave should delight all fans of the French electronic scene.