Techno Without Borders Brings Saad Ayub and Sam Wolfe Together 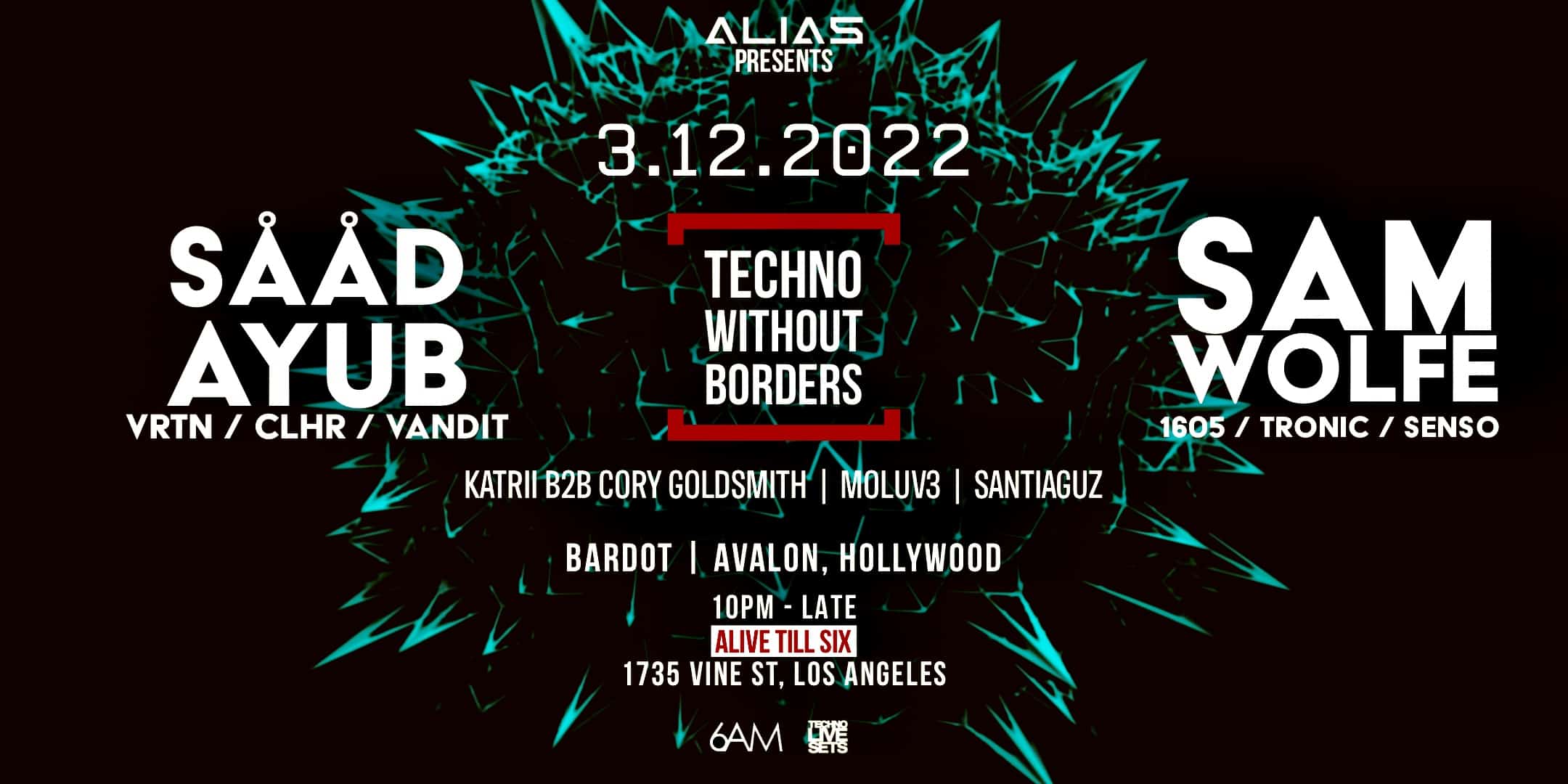 Techno Without Borders Brings Saad Ayub and Sam Wolfe Together

Saad Ayub is a Canadian – Bangladeshi DJ and producer. In 2019 he firmly established himself as one of Canada’s top producers through original releases, remixes and collaborations with legends including Paul van Dyk and Ferry Corsten, and he continues to play the biggest clubs and festivals worldwide. His digital footprint can be found in his own and other producer’s sets, from North America to Europe, Asia and beyond.

American artist Sam WOLFE is based in Atlanta, and this is his fourth appearance on 1605 following his debut in collaboration with Rebel Boy. Sam WOLFE and Rebel Boy’s track “Psalm 39” charted for many weeks inside Beatport’s Top 10 bestselling techno tracks. Since then, Sam has returned to the imprint in a solo capacity, and also collaborated on 1605 with other artists such as Kreecher and Andrea Garcia.

Both artist are a force on their own and a party showcasing the two talents is sure to bring the heat.