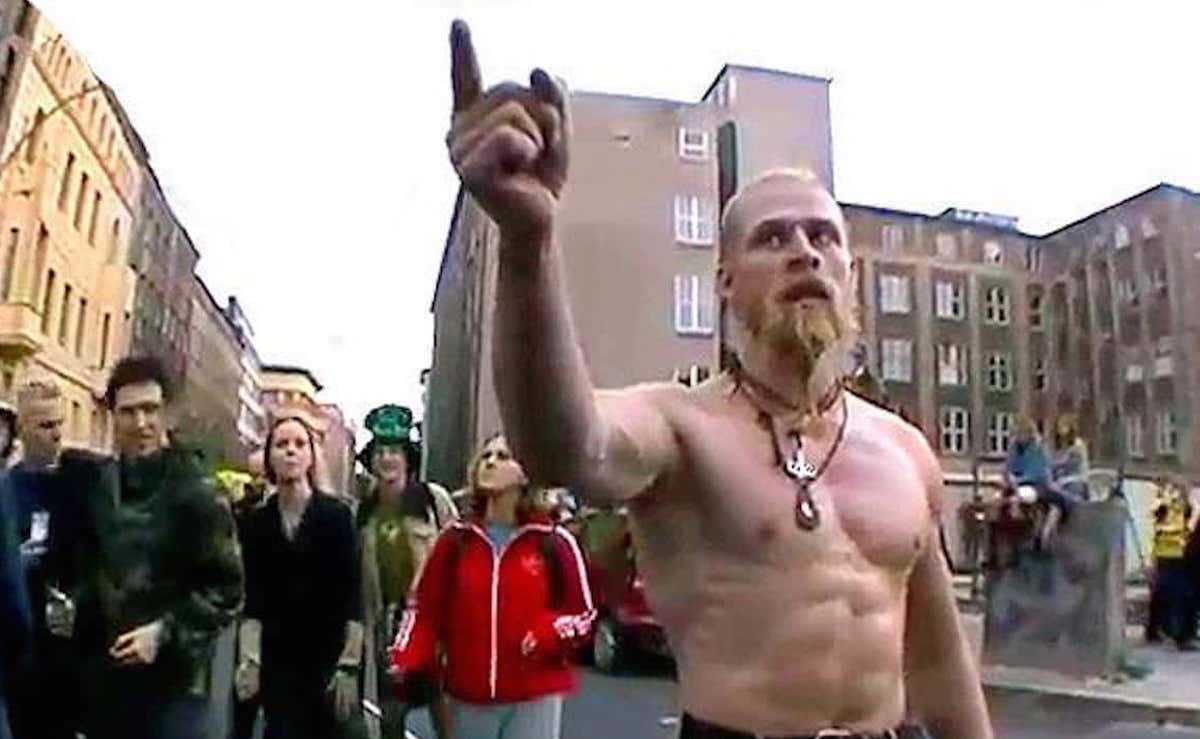 In an era where the conversation about sexism, racism and harassment are on the forefront of the international conversation, as well as that in the dance music industry and scene, we can learn a valuable lesson from The Techno Viking.

The lesson isn’t a new one and in fact, it can be found in the very same video we have watched a million times over through the years.

Read Next: What Happened to the Techno Viking?

But if you examine the video closely, the first thing you will notice is The Techno Viking in stepping in to help the woman with the blue wig from unwanted physical contact. The man notices the woman dancing in the parade getting harassed by a man and quickly and effectively not only stops him, but pushes him away and tells him to move on.

The video recently went viral again, shooting up to the front page of Reddit and spurring a myriad of hilarious, typically-nonsensical Reddit comments.

Men of the world: this is what is expected of you on the dance floor.

We need more people like The Techno Viking ensuring that harassment and discrimination don’t take place. We must look out for our friends, but also for strangers.

Of course, we not only encourage people to step in and say/do something if they witness any kind of harassment on any dance floor, but to report the matter to event staff and security so that the harasser can be swiftly dealt with and removed.

We must all work to stomp out racism, sexism and any form of harassment on any dance floor, and in life!

Be more like The Techno Viking, we can all benefit from it.

P.S. Some say THIS is what happened to The Techno Viking in the years since the original went viral. Check it out.