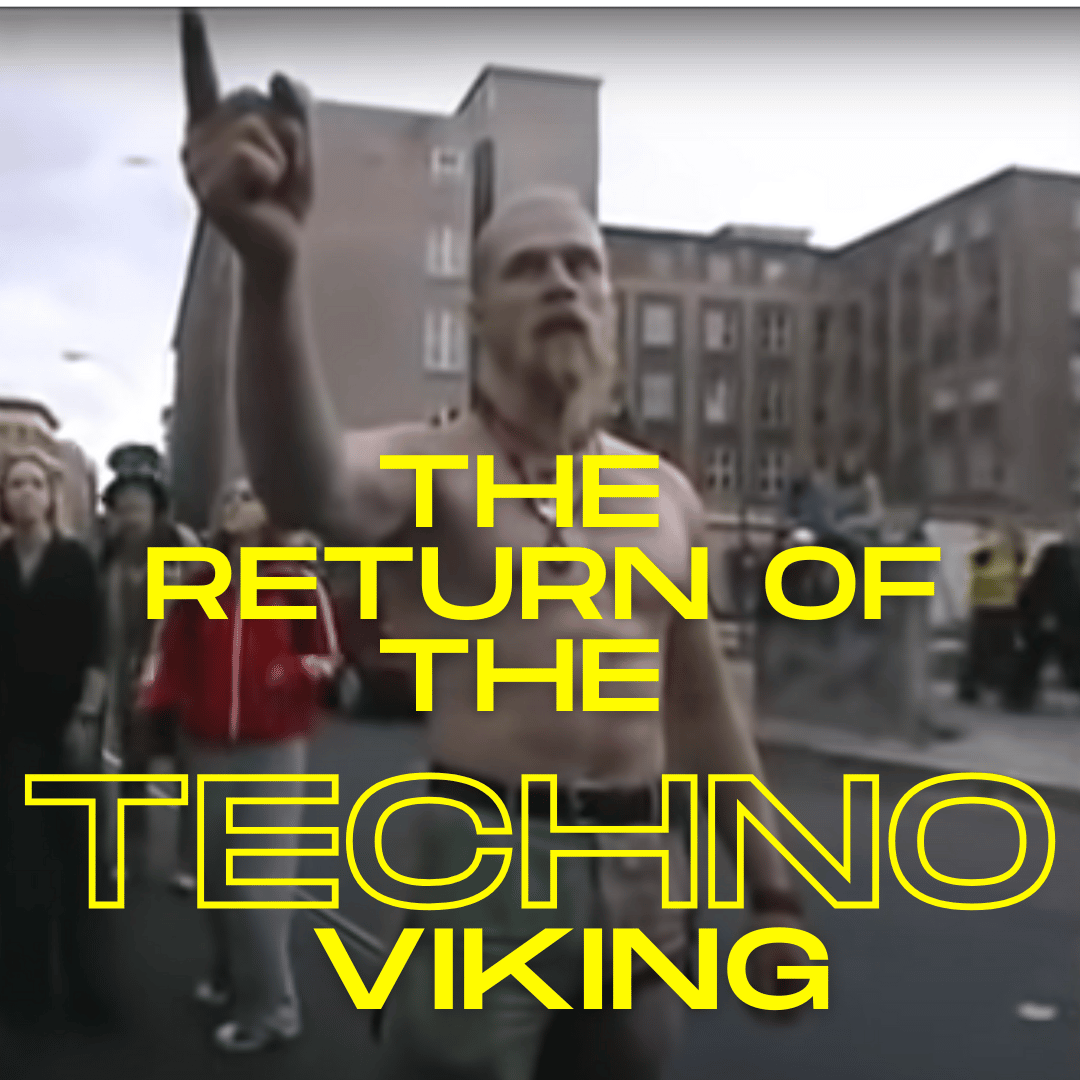 It’s been 22 years since the Techno Viking epically stomped through the streets of Berlin and became one of the first viral sensations of the internet. The man who had the physique and look of…. well… a viking, was known for his energetic dance moves and his now iconic “point” pose. However, recently the internet has been a buzz of some new footage that brings us back to techno nostalgia.

The below video features our favorite dancer stomping through the streets at different angles than the initial legendary video. Even though the video has been on the interwebs for a couple years now, the rare footage of the Techno Viking raging out is a treat that internet fans are loving right now. Is this due to the fact that techno is making a resurgence even in the mainstream music arena? Does the internet just crave simpler times and want the nostalgia? Either way, it’s never a bad thing to get more of the Techno Viking

Read Next: What Happened to the Techno Viking?