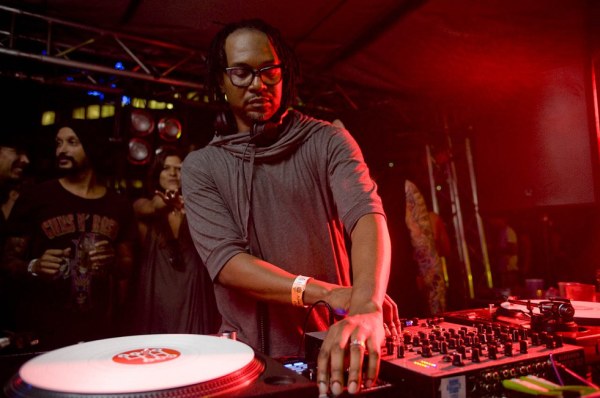 When an artist grows up listening to the sounds of Juan Atkins, Derrick May, and other Detroit legends there’s a strong chance that they too will become great. Stacey Pullen is a perfect example of such an artist. Bridging the gap between house and techno, Stacey Pullen has an uncanny ability for taking the crowd on a spiritual journey through the musical spectrum. Fortunately for Los Angeles, he will be gracing the decks at Sound Nightclub this Friday along with fellow Detroit legend, Carl Craig. Which is why Techno Therapy this week is dedicated to Stacey Pullen; here’s his remix of Water Ride that sends us on that journey.

Free before 10:30 with RSVP: Stacey Pullen and Carl Craig at Sound Nightclub

His remix of Water Ride is such a well-rounded track it would be impossible not to move to this. Lush pads swirl gently in the background along with a sequence of verbed out rides that provide support to the classic house stabs. A timeless piece that shows his talent, but as we know his ability and range stretches wide across both house and techno. We’re looking forward to a memorable night this Friday with him and Carl Craig at the helm. For now, this will be the Techno Therapy to get us through the rest of the week.