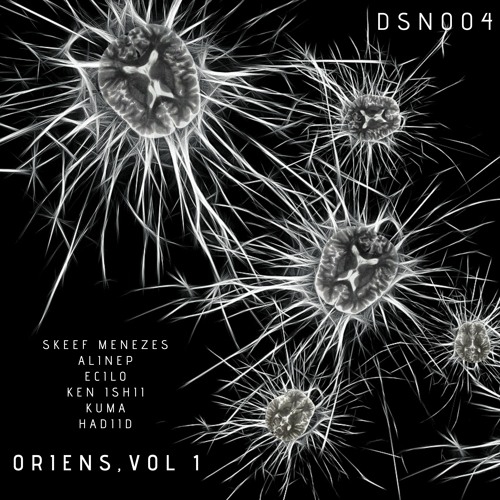 “Oriens” is the Latin word for “east,” representing its origin continent of Asia. The VA enlists the finest techno makers across East Asia.

Deepsomnia is founder Alinep’s love letter to Manila’s ever-evolving techno scene, and now with its second release, the label goes beyond borders to deliver meaningful and hypnotizing cuts from the best of the best to techno lovers across the globe. And with the addition of Ken Ishii, whose work is truly an inspiration to all generations in the electronic music community, the label is humbled to showcase a compelling set that is a product of these brilliant minds blending together ever so smoothly.

ALINEP – “Bloop Control”
Manila Underground and Deepsomnia founder Alinep regulates a hypnotic, forward-thinking groover to the compilation, manifesting his vision to his label.

KEN ISHII – “Y Explosion”
Known as the “Oriental Techno God”, Ken Ishii blasts off a masterful track at the center of the release, combining his progressive craftsmanship and opulent musical taste.

KUMA – “Cateran”
Kuma, who is one of Kuala Lumpur’s key players in the music scene, hits the deck with his own brand of techno and produces a powerful dancefloor bop.