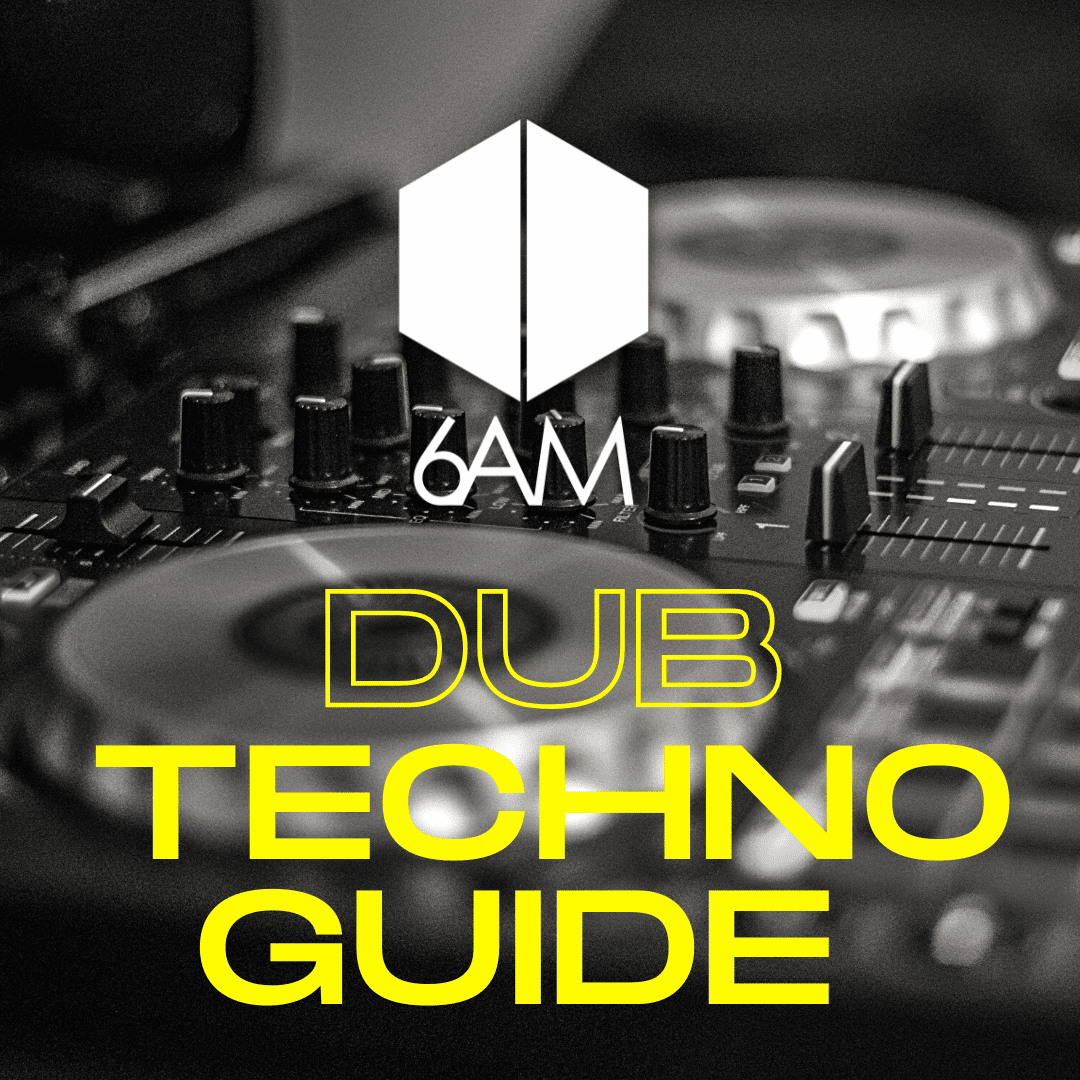 If you’re not new around these parts, you know that 6AM is all about techno. On top of organizing events for you to dance and listen to, 6AM brings you informative and entertaining pieces about the music you love. So assuming you’re a fellow tech-nerd, what could possibly be more informative and entertaining than a little techno 101 history lesson? If you actually are new around here or just want a more general overview of the genre as a whole, check out 6AM’s Techno Music Guide first. But if this ain’t your first rodeo and are already familiar with this horse, get your saddle on and giddy up cuz’ we’re taking a ride through the domain of one of our favorite subgenres: dub techno.

What is Dub Techno?

As previously mentioned, dub techno is one of many different subgenres under the sprawling musical umbrella of techno. Very minimal in nature, dub techno is atmospheric, ethereal and spacey, sometimes edging near the line of ambient music. Actually, although indeed techno, this variant isn’t exactly music meant for dancing -you’d be hard pressed to find a warehouse party going hard until sunrise blasting these soothing sounds. Rather, dub techno is music meant for the car ride home after the party; satisfying for both active and passive listening, these dreamy soundscapes promote a sense of peace and calm while simultaneously instigating notions of contemplation and wonder. Whether your mind wants to zone in or zone out, dub techno makes for the perfect background noise.

Dub techno is the lovechild from marrying the two genres “dub” music and techno. At this point you should have a pretty good understanding of techno, but what is dub? Well, dub is a style of music derived from reggae in the late 60’s and early 70’s that consists of reworking existing recordings, often by delaying chords and manipulating the echo and reverb effects. After transferring the audio from one medium to another, this ‘dubbing’ process creates a new version or ‘double’ of a song, hence the name of the genre. Dub music puts a heavy focus on the drums and bass while layering in various noises and echoes, aiming to draw attention to the shape, depth, and spacing of the sound. This can fabricate a very psychedelic vibe, projecting a lucid, dreamlike state of being, sometimes laced with haunting and dystopian undertones.

Dub techno takes these elements of classic dub and structures it around a four-on-the-floor beat playing at around 120-130 beats per minute, giving dub a techno twist. Additionally, dub techno features a large emphasis on synthesizers and other high tech sounds, making it feel like music from the future.

Read Next: 6 Techno Subgenres You Need to Know About

Dub techno originates back to the early 90’s when German techno producers Moritz Von Oswald and Mark Ernestus came together forming the duo Basic Channel, a collaboration that gave birth to the new subgenre. Oswald and Ernestus started off releasing dub techno tracks on their very own label Chain Reaction, but since the label also featured different sounds aside from the deep and dubby, the two would later go on to form Rhythm & Sound– a label strictly dedicated for dub techno and dub reggae.

Rhythm & Sound would pull inspiration directly from the roots of dub as it presented their own renditions of Jamaican sound system culture, the holy source OG dub derived from. The tracks produced on the label would do their best to emulate the trippy, hazy, smoked out vibes of classic Rastafarian music from back in the homeland of Jamaica. Aside from the efforts of Chain Reaction and Rhythm & Sound, there was also the German label Mille Plateaux paving way through the subgenre, taking the same type of dub techno being pushed by Basic Channel, except characterizing it with a much more melodic brand. After floating around Europe, dub techno finally made its way to the United States when Rod Modell kick started his project Deepchord in Michigan, an American take on the sci-fi sounding surreal subgenre.

There were the pioneers mentioned above that cracked open the door of dub techno, and then there were those inspired by them. Dating back to the 90’s and still going strong today, there have been a lot of people making dub techno. While this is nowhere near all-inclusive, here’s a list of a few of dub techno’s most notable wub-dubers: 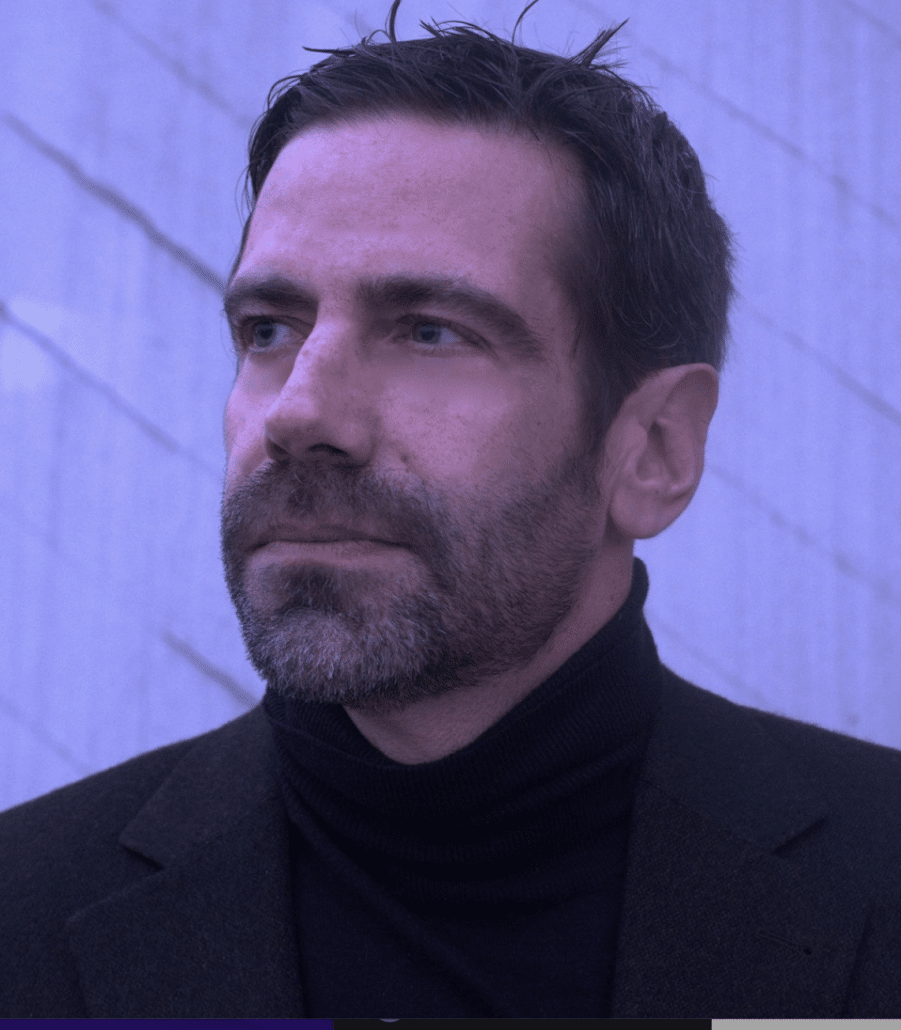 Fluxion, a pseudonym for Konstantinos Soublis, is a Greek electronic producer that has been in the deep dub game for a long time as the guy has released EP’s, LP’s, and even full length albums for several record labels, including Basic Channels very own Chain Reaction. In 1999 he even made his own music outlet after founding Vibrant Music, releasing tracks of his own, as well as other artists’. 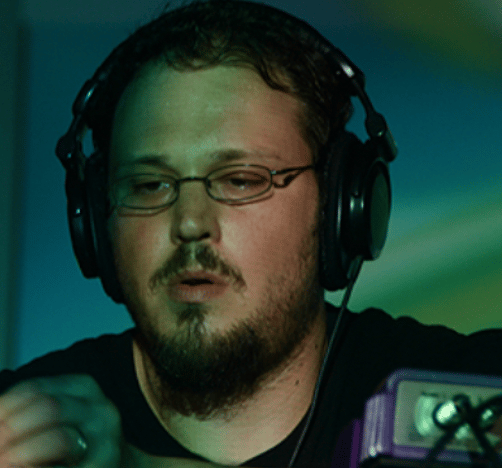 Chicago based Stephen Hitchell, also known by various aliases such as Intrusion, Phase90, Radius, and several others, is one half of Echospace, a collaboration between himself and aforementioned Detroit dub techno legend Rod Modell. Together the duo has spent more than two decades diving deep into dub, producing critically acclaimed tracks and even being dubbed the true heirs to the legacy Basic Channel left behind. Midwestern soul meets Jamaican roots when Echospace gets ready to blast-off. 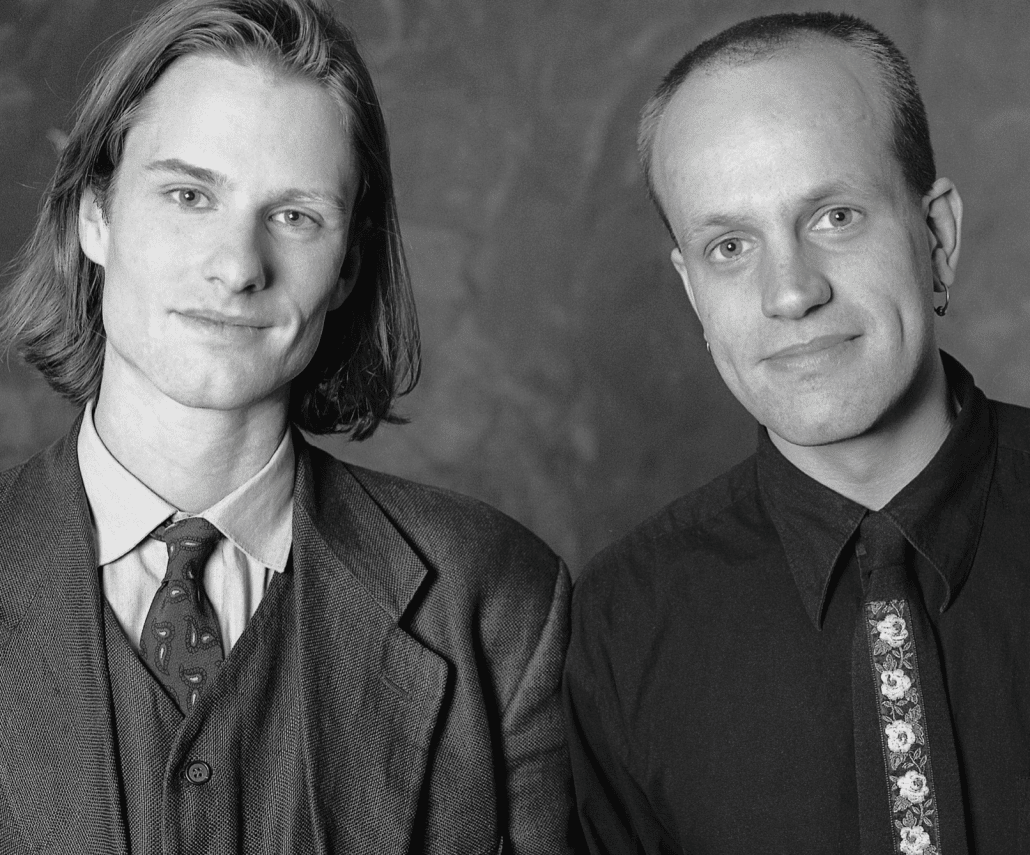 German electronic music project Monolake, originally consisting of Gerhard Behles and Robert Henke, was producing dub techno ever since the old Chain Reaction days, and has been going strong ever since through their own music label, [ml/i]. A live act, Monolake is now led by Henke as Behles aims most of his focus at running the software company they founded back in 1999; have you ever heard of Ableton? 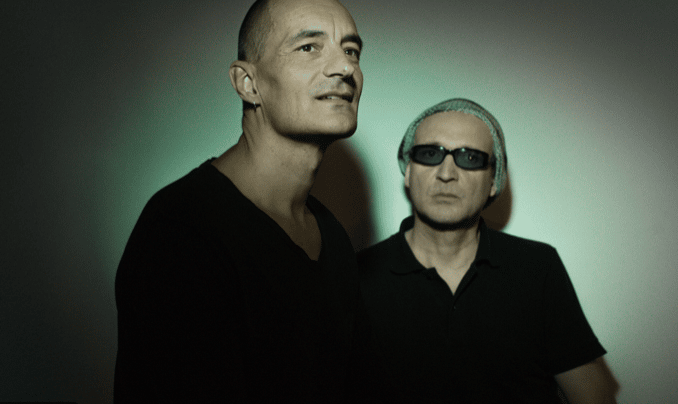 Porter Ricks is composed of duo Thomas Köner and Andy Mellwig, bringing a funky sound and smooth rhythm to the dub techno game. Releasing music on the OG label Mille Plateaux and having their album “Biokinetics” reach legendary status in the dub community, Porter Ricks has reframed the sound of techno and earned a spot as one of the greats.

Brock Van Wey, known by the alias Bvdub, is a Bay area native electronic artist that has produced more than 40 albums and EP’s since 2007. After shaving his moniker down to his initials representing all things dub, Bvdub has been around the ambient block, even releasing music on Echospaces critically acclaimed record label. 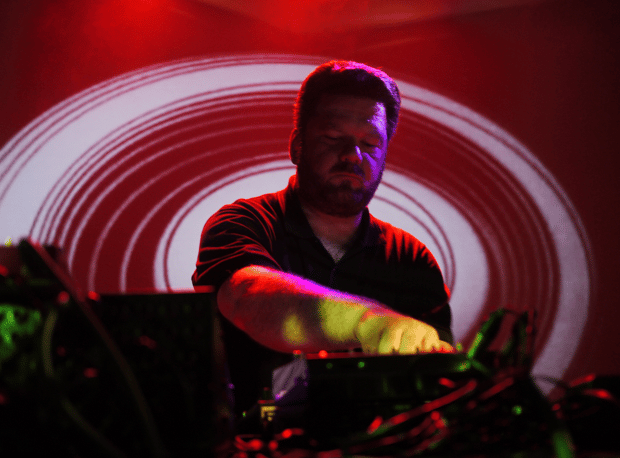 Stefan Betke, aka Pole, is a German electronic music producer heavily associated with dub. Making deep bass lines and smooth rhythms since back in the 90’s, Pole has distributed dub on numerous labels such as Matador records, Mute records, and even the self named label ‘Pole.’ 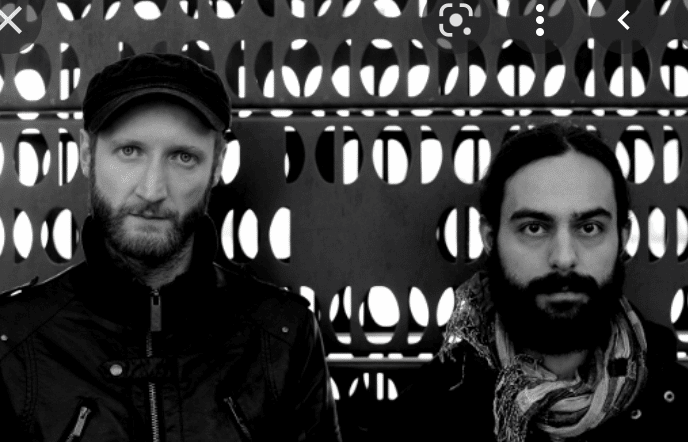 Dadub is a collaboration between electronic producers Daniele Antezza and Marco Donnarumma. The Italian duo brings a post apocalyptic take on dub techno, producing haunting and harrowing soundscapes to get lost in and never be found.

At this point, you’ve read all about dub techno. But now that you’re up to speed on the subgenre, it’s time to use your ears instead of your eyes and listen to some of the most classic hits in the history of dub techno.


Maurizio, just another moniker of the duo between Moritz Von Oswald and Mark Ernestus, put their unique take on techno back in 1992 with this classic track. Hidden on the other side of a hard hitting Detroit techno banger, “Eleye” offered a more faded, washed out sound, echoing in the ears of listeners for decades to follow.


This time releasing on their most well known alias back in 1993, ‘Lyot rmx’ started to set the tone and display the characteristics of the music we would soon learn to associate with dub techno.


A quick project between Moritz Von Oswald and Thomas Fehlmann, ‘Schizophrenia’ is a once in a blue moon moment where Fehlmann lets himself loose and gives us what we want: a lengthy, hypnotizing and loopy dub techno track.


Duo Thomas Koner and Andy Mellwig give label Chain Reaction an all time great with this sub-aquatic beat, thoroughly drowning us in dub for years to come.


Another classic released on Chain Reaction, this 15 minute long heavy hitter is one of the reasons why the label was on top of the dub techno game for as long as they were.


Back in 1997 when Monolake was still run by both Gerhard Behles and Robert Henke, ‘Occam’ is a perfect example as to why the duo was so revolutionary in the dub techno scene.


Yet another Chain Reaction release, Fluxion’s soothing sounds will ease you into a dreamy state of bliss only attainable through dub.

Congratulations, you’ve graduated from this techno 101 history course! That’s definitely a “dub” in our book. Hopefully after this lesson you can regurgitate all of the important information you just learned about and enlighten someone else, since you’re basically an expert on it now. Who knows, maybe your mom could use a dose of dub and she doesn’t even know it yet.

Read Next: Being a Rave Mom to My Real Mom