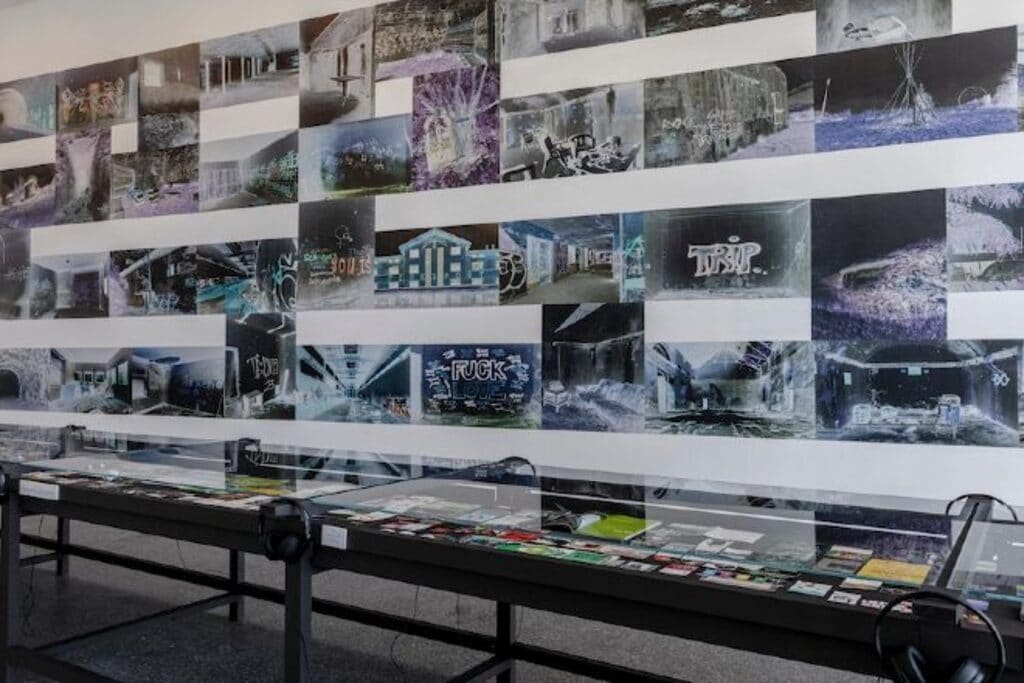 A techno exhibit has opened in Italy at MUSEION. TECHNO, a brand new exhibition curated by the director of Bolzano’s MUSEION gallery, Bart van der Heide, is now open. The exhibition explores techno from its roots to the communities assimilated through the genre and beyond, split by three themes – freedom, compression, and exhaustion. TECHNO is the first installment of a new exhibition series, TECHNO HUMANITIES, a “long-term program” covering the connection between humanity, music, ecology, technology, and more.

“When it comes to subculture, commitment is key. There was no such thing as a part-time Punk. Yet, in the case of techno subculture, one can enter and leave at any moment,” said van der Heide on the exhibition.

“Mediated by new technologies, techno music became the soundtrack of liberation and escape. The compressed sonic architecture of the techno club forged meaningful bonds with its community, through collective and interconnected experiences of joy, exhaustion, and calculated release.”

TECHNO opened on Friday, September 10, and will run until March 2022. A day rave went ahead on the launch day in a disused power station to celebrate van der Heide’s project, just hours before the opening of the Bergamo exhibition.

Read Next: Keanu Reeves Gets Into Berghain for Art Show

The exhibition will focus on communities and subcultures formed as a result of the genre’s development and offers visitors to see its impact on the human condition. It also gives insight into a particular techno scene in South Tyrol, Italy.

“There has never been a part-time punk movement… techno music has become the soundtrack of liberation and escape,” said van der Heide, who added that techno has “flawlessly adapted” to the demands of the “post-industrial era”.