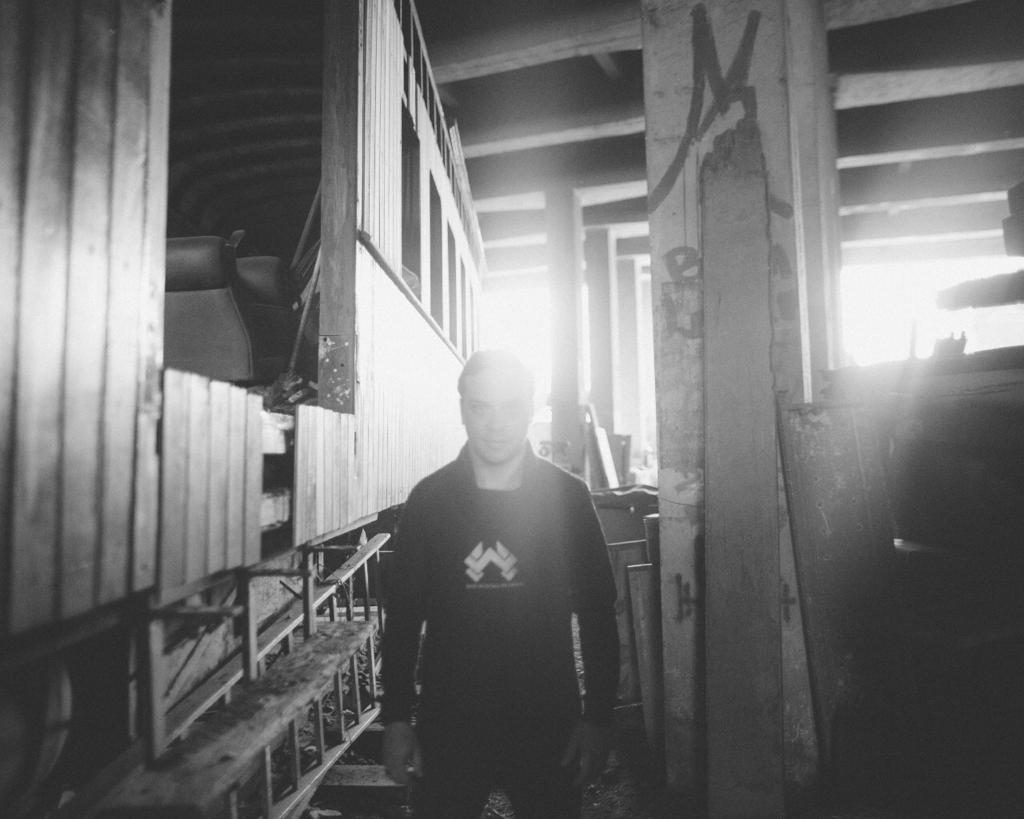 Allma Skneian is the project of DJ, audio designer and producer Djalma, a Brazilian artist increasingly recognized for his far-fetched dark ambient, techno and dub techno sound. The artist has just released his latest hypnotic masterpiece, Obsession EP, which comes with four brand new tracks: “Intro Darkness”, “Dively”, “Obsession” and “La Porte”. Allma Skneian produced all the tracks while living in Berlin and studying Sound Design at HDPK University, an experience that added striking references in his work.

Since his first album debuted in 2013 with Romer-Records, Allma Skneian has had numerous releases and collaborated with fashion designers and photographers for runway shows and editorials. He’s performed at Berlin Fashion Week at Arena Club, and played at many other clubs in the world’s techno capitol. The techno dub and dark ambient don now shares how his unique experiences in Berlin have shaped his latest creative work, Obsession EP.

Hey Djalma, we’re looking forward to learning more about you and your work. When did you become interested in electronic music?

I became interested in electronic music as a teenager. My brother used to buy tapes and CDs of electronic music to listen to at home. When I saw my sister playing the organ, I always tried to sync the kicks with the sounds.

Brazil to Germany is quite a transition. In what ways have both countries inspired your creative process?

I started a DJ course called Dub music at an academy. Some of the DJs told me that I had a good feeling for music. Later on, I mixed progressive house and minimal house when I arrived in Berlin. Some friends gave the softwares and plugins to begin producing my first tracks full time.

You practiced Sound Design at HDPK in Berlin. If you could choose one technique that you learned, which one has had the most impact on your work?

Many subjects were amazing, but the one that I use in my productions is dynamic processing. When a sound engineer uses the term dynamics, he usually does not mean the tonal strength in musical performance practice, but the so-called technical microdynamics of a signal. Even if compression is the best known, it is only one aspect of dynamics processing. In addition, one should always be aware of which tools are available for which tasks. I can make more effective kicks in my tracks nowadays using the compressor.

Read Next: 6 Techno Subgenres You Need to Know About

What is it like to design sounds for fashion editorials and exhibitions?

It’s a hard job, but at the same time I love it because the final result is always amazing. There is the process of talking to the costumer, finding out what is requested and the scenario. There’s also the model transactions and learning the topic of the editorial. After all those materials are in my hands, I produce three samples. Then I show the best of them and make adjustments so that there can be a perfect match.

Can you share more about your project Allma Skneian? What is the background behind this particular name?

Allma was created in the studio by DJs. When I started my DJ course, they connected my real name Djalma, separated ‘Dj’ from ‘alma’ and said: “You have DJ in your own name, let’s do it.” Skneian is a unique family name of a friend from Sweden. I told them I was looking for a unique artist name, so they allowed me to use Skneian.

Talk to us about your new Obsession EP. What inspired you to create an album featuring dark ambient, techno and dub techno?

When I lived in Berlin I used to be in studio all weekend with Tobias W., a Berlin-based label manager. During the winter I started producing music non-stop at my home. I was obsessed with making music. After that I used to get my bike and visit another friend named Patrick, a sound engineer who would listen and work on specific elements in my tracks.

Berlin is mostly dark in the winter. It’s a great scenario, and where I produced Obsession EP.

My years in Berlin were the best experiences and gigs that I had in my life. I could visit all the clubs, especially Berghain and Tresor, and play at Arena Club. I lived the scene to the fullest. I played in clubs and bars every weekend, and I was resident of Bar23 and Zur Fetten Ecke. These were places where people used to drink and listen to music before attending Watergate and other remarkable clubs.