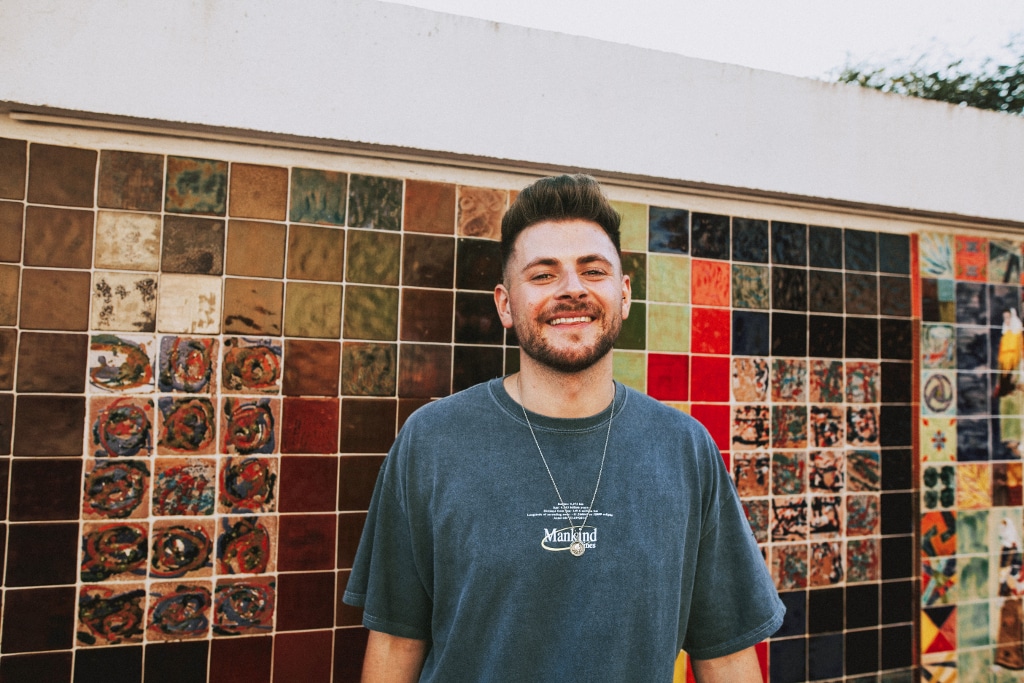 Tech House DJ Latmun loved freestyle kayaking that is until he came across electronic music. His love for the sport didn’t end when he put down his paddle. In fact, he made sure to carry that part of his life with him when shifting his attention to music. His artistic name pays a nod to the sport he competed in professionally. While he may not be getting wavey in the waters anymore, Latmun is certainly getting wavey on the dancefloor. The Nottingham-native has received support from leading artists in the electronic dance music space including Skream and Mathias Tanzmann.

Thanks so much for taking the time out for 6AM! Super great being able to chat before we dive into the musical goodness, do tell, what’s behind the name Latmun?

Ha! So no one would guess this, if I haven’t told them before, previous to DJing I used to compete professionally [in] a sport called Freestyle Kayaking. There was a brand of paddle [that] I used called Lettmann, and I needed some inspiration at the time for a name. So I tweaked it around and Latmun was formed!

What’s been one of your surreal moments since you started professionally DJing and producing?

Playing alongside your idols is always surreal and always will be! Last summer during the Ibiza season, Jamie Jones came to watch a set at Paradise DC10 that I played. Probably the most nervous I’ve been playing before, but it was a really rewarding feeling when [he] expressed [that] he really enjoyed it afterward!

You recently played abroad the sophomore sailing of Friendship. How’d that go?

It was something special, I’ve done cruise ship parties before, but this one was put together so well and it had such a great crowd of people on it. The highlight has to be when James Barlow (from Solardo) and I were wandering past the library on the ship at about 4 am after playing a set on the main stage. There were decks and some people in there so we decided to jump on. About 15 mins later word had spread and the library was completely full and everyone was having it off. We ended up playing for about two hours until the ship finally said we had to finish it!

I think, especially these days, people like surprises so in my set[s] I always try to provide that. Whether it’s through an interesting, unique way of mixing or playing an unexpected acapella for example. It gives people something to remember from the set in their minds. – Latmun

You have some festivals coming up (Hideout, Beyond Wonderland in Mexico). Do you remember the first festival that you played? Tell us about that, and how is it different then than now? Do you prep differently? (Still) get nervous?

I always get nervous before every set. I think it’s a good thing because it means you are always on your game when you start, and then when it hopefully goes well, you get a big buzz. It keeps lifting you throughout your set! The first festival I played I think was Gottwood in Wales many years ago. It was an amazing festival, and a really intimate vibe so because I played on the second or third day, by that point I knew loads of people in the crowd which was great as it made me feel more comfortable and confident when playing.

Detlef and Green Velvet are some DJs who’ve impacted your career. Anything you’ve taken away from them as a DJ/producer?

As a producer, you are always learning and taking influence from others. Those two are no exception. Detlef is a king of groovy basslines, so I always like to listen to get me in the groove! Green Velvet is great for bringing energy, so it’s good to listen to him to get you in that mindset.

[Lee and I] became great friends from early on actually! Much to my surprise, he added me on Facebook shortly after one of my early releases “Def,” telling me he was really enjoying the music. This was actually before he had started Repopulate Mars, so when he did it was only appropriate I released there. As he started the events, he got me involved and I’m very happy to say I’ve been part of the family ever since. I actually have another release coming on Repopulate Mars in March called “High” with a B side of “Ready And Willing” so keep an ear out for that.

Haha, I’m happy to be told my rider is one of the least demanding to be accommodated. The essential is some Patron or Don Julio tequila, some beers and I’m happy! The ultimate is when there is some sparkling water and coconut water too to prevent the hangover before it happens haha.

What’s been one of the best things about life as an internationally touring DJ? What about a challenge you’re still conquering?

Getting enough sleep I think is something every touring DJ finds a challenge and always will! So frequently I literally feel close to death from lack of sleep. and [tell myself] I must find a way to get more sleep next weekend so this doesn’t happen… then it does, but it’s all so worth it! There are so many amazing things about touring aside from getting to share your music. One of my favorite things is getting to experience a local’s perspective of wherever you are because the promoter shows you around their favorite bars, restaurants etc, which are places you wouldn’t know to go to otherwise if you were visiting as a tourist.

How do you feel you stay original and authentic, and what do you hope people feel or walk away with after listening to you either at their homes or live in a set?

I think, especially these days, people like surprises so in my set[s] I always try to provide that. Whether it’s through an interesting, unique way of mixing or playing an unexpected acapella for example. It gives people something to remember from the set in their minds. I try to do the same thing in my productions. Something about the track has to be unexpected or unusual. It then makes it more memorable, and hopefully a useful tool and also interesting to listen to at home