#TBT Series: How Much Has ULTRA Changed Since The First Ultra Beach Festival in 1999? [VIDEOS] 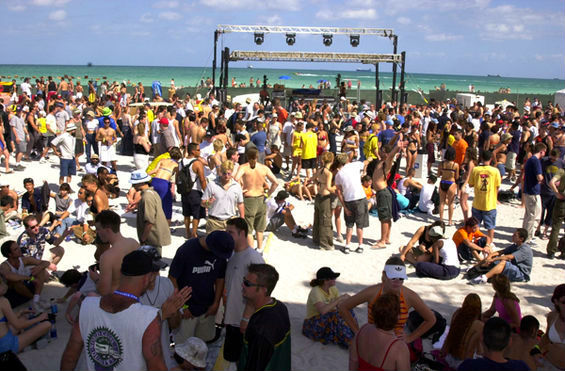 #TBT Series: How Much Has ULTRA Changed Since The First Ultra Beach Festival in 1999? [VIDEOS]

In this week’s #TBT Series edition, we travel back in time to March 13th 1999 where, on the warm shores of South Beach a true festival sensation was born.

On that day, thousands traveled to Miami  to attend the inaugural edition of what would eventually become Ultra Music Festival. The now three-day event was originally founded and produced as a one-day affair by Russell Faibisch and Alex Omes. Faibisch was inspired Depeche Mode’s 1997 album Ultra, which is where the event got its name from. That first year the event was held at Collins Park and coincided with the end of Winter Music Conference, attracting an estimated 10,000 people in attendance.

Despite its success, it is believed that the festival lost between $10,000 to $20,000 in its first year. Regardless, it came back the following year for its second and final edition on South Beach before expansion saw the event move in 2001 to Bayfront Park in Downtown Miami.

As the flyer for 1999 shows, first year artists included Rabbit In The Moon, who returned to Ultra this past March, drum and bass maestro LTJ Bukem, Armand Van Helden (also known as one half of Duck Sauce alongside A-Trak), Ovum boss Josh Wink, VIVa Music’s Steve Lawler as well as an onslaught of other European imports the likes of Seb Fontaine, Danny Rampling and Union Jack. 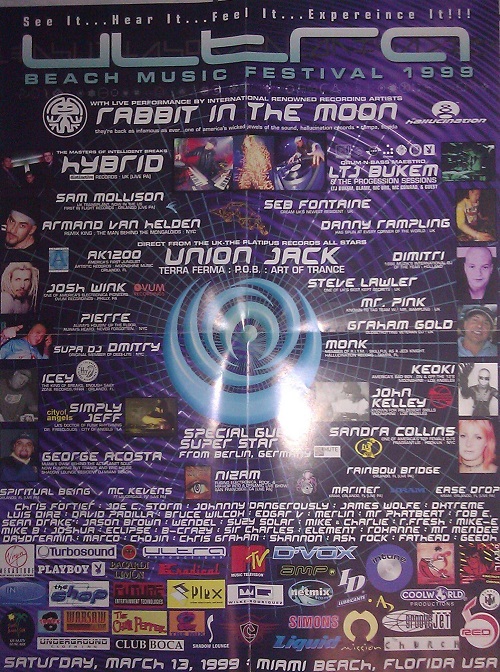 Naturally, Ultra was a much smaller affair at first. The number of sponsors on the flyer alone paint the picture of what it took for Faibisch and Omes to kick start what would become a string of the most successful and well-known electronic music festivals around the globe.

The Ultra Music Festival family has since expanded exponentially. Between 2006 and 2011 the festival moved to nearby Bicentennial Park only to move back to its home at Bayfront where it still now resides. In honor of its fifteenth anniversary, the 2013 edition of the festival was held over two weekends, but reverted back to its three-day one weekend format the following year. 2016 saw the festival sell out and coincide with the end of Miami Music Week and beginning of Winter Music Conference.

Below is a playlist containing series of interesting and revealing videos of just how it was like to be at that first Ultra in 1999. It is easy to see just how much things have changed since, both in the size and music influences of Ultra. It regardless makes for a perfect journey back in time to a world before massive electronic music festivals were a thing; to a world where Ultra was about to help lay the foundations for the future of such large-scale festivals in the United States and beyond.