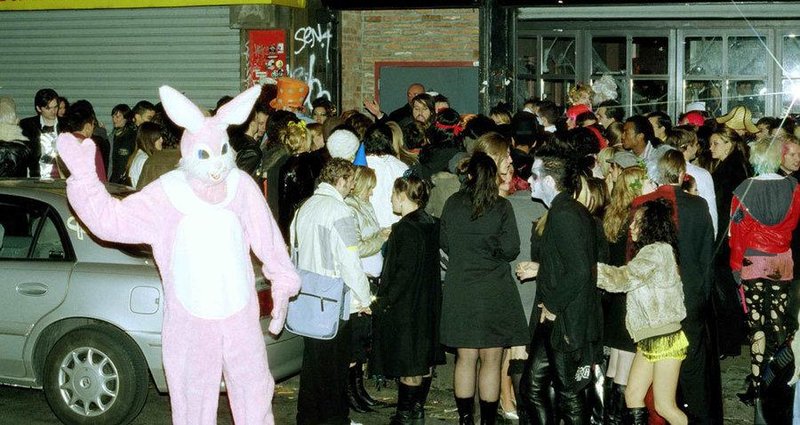 The world of electronic and dance music has changed and evolved tremendously over the last forty years. We have seen it all: from the disco days of the early 70s to today’s popularity of EDM, via the birth of house in Chicago and the golden era of techno in nearby Detroit. But what was it like to attend party in NYC during the ’90s?

There is no argument that in 2016, when this article was first written, we were witnessing electronic music live through somewhat of a “back-to-basics” movement highlighted by the growing resurgence in popularity of real house and techno. But how different were things back in the day, before dance and electronic music became a worldwide multi-billion dollar industry?

Our new #TBT series will seek to give readers a glimpse of what it was like to have stepped on some of the most iconic dance floors of the past. The idea is to provide a window through photos and videos, and to allow you to draw the lines that make up the differences and similarities between then and now. Perhaps, for a smaller percentage of you, this will also be a welcome voyage down memory lane.

Our first trip takes us back to NYC in the early 90s, a place where house music and techno were in full swing and where things were truly underground. First up is a video from one of Save the Robots iconic after-hours in the city’s East Village neighborhood. 1993 was the last year of operation for the social club, having lived for almost 10 years as one of the city’s top destinations for ravers seeking to keep the party going past 4am. If you partied in the Big Apple in the late 80s to early 90s, chances are you made it inside Save the Robots at least once. And if you did, it’s possible you first had to get past late night talk-show host Craig Ferguson who worked as a bouncer there for a period of time.

While the video speaks for itself, there is absolutely no denying that the music played remains timeless. If you were to play the video’s sound for someone, you couldn’t fault them for thinking they were perhaps watching a Movement after-party video from last May. The video was shot by none other than promoter, producer and club-owner DJ Scotto, one of the founding fathers of pre-EDM rave culture.

Not coincidentally, the next video was shot only three months later at Scotto’s legendary loft party in June 1993. This one-off night was born out of necessity when the owner of Roxy, a venue Scotto had booked for a Monday night event, canceled last minute leaving the producer with no choice but to use his own loft as home of the party. He put neighbors up in hotels and the rest, as they say, is history: an insane night that saw the likes of Frankie Bones, Moby, Joeski and Scotto among others play sets that went deep into the next afternoon.

These two videos offer just a small inkling of what it must have been like to live during the NYC rave scene of the ’90s. Scotto played a pivotal role as a pioneer of what was to become the almost bigger-than-itself world of EDM that we live in today. He owned NASA, known as being the 90s club version of Studio 54, and played a role in launching the career of Chloe Sevigny who used to work the door for him at the time (you can see her in the second video above). He went on to produce Ravestock at Woodstock and played in front of hundreds of thousands at Woodstock’s South Main Stage.

He has since appeared in articles by Rolling Stones, Spin, The New York Times and The Washington Post where he has offered an important voice and on the growth of dance music to what it is today. You can learn more about his work and NYC ’90s rave hey days through his website, Facebook page or YouTube channel.