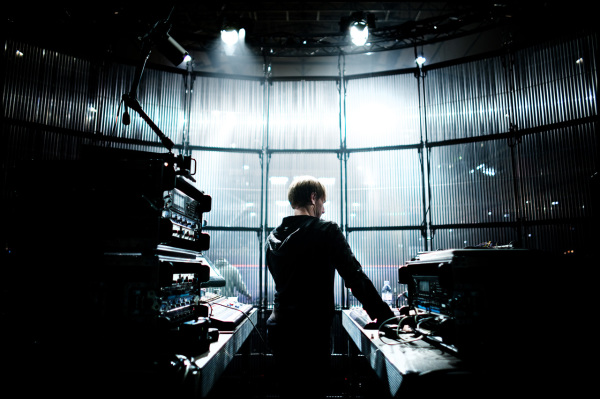 The calm before the storm. That’s what I envision when I listen to the minimalistic works of Plastikman. The career of Richie Hawtin begins when his family settled in Windsor, Canada, one of the closest Canadian cities to Detroit. With a start at clubs like The Shelter, and meeting Detroit legends like Derrick May, Kevin Saunderson, and Jeff Mills, Richie’s career was launched into a scene where he could experiment and test his creativity. For Throwback Thursday we’re taking it back to Plastique, a track from Richie’s peak days of Plastikman.

With droning atmospheres, acid drenched leads, and rolling shaker patterns, Plastique feels like I walked right back into the peak of one of the Plastikman parties of the 90’s. This is just one of many tracks that can be highlighted throughout his previous releases, each track somehow telling a different story. It was this type of sound that became popular in techno powerhouse countries like Germany. And like all scenes, it takes a sound and introduces it’s own influence. With his music being exposed and accepted in different parts of the world, it was only a matter of time before his vision would be shared everywhere. For insightful history about Richie Hawtin, and Detroit in general, take a look at this feature Slices documentary.

But he’s come a long way from his warehouse raves in Windsor and Detroit. Richie Hawtin has established himself at the forefront of music, technology, and nightlife branding. Headlining festivals and expanding his brand has taken him everywhere from Timewarp and Space, Ibiza to the Guggenheim Museum in New York. The future still appears to be bright for him, and it’s always interesting to see what he comes up with next. But for now, we can look back on a timeless classic from Plastikman.