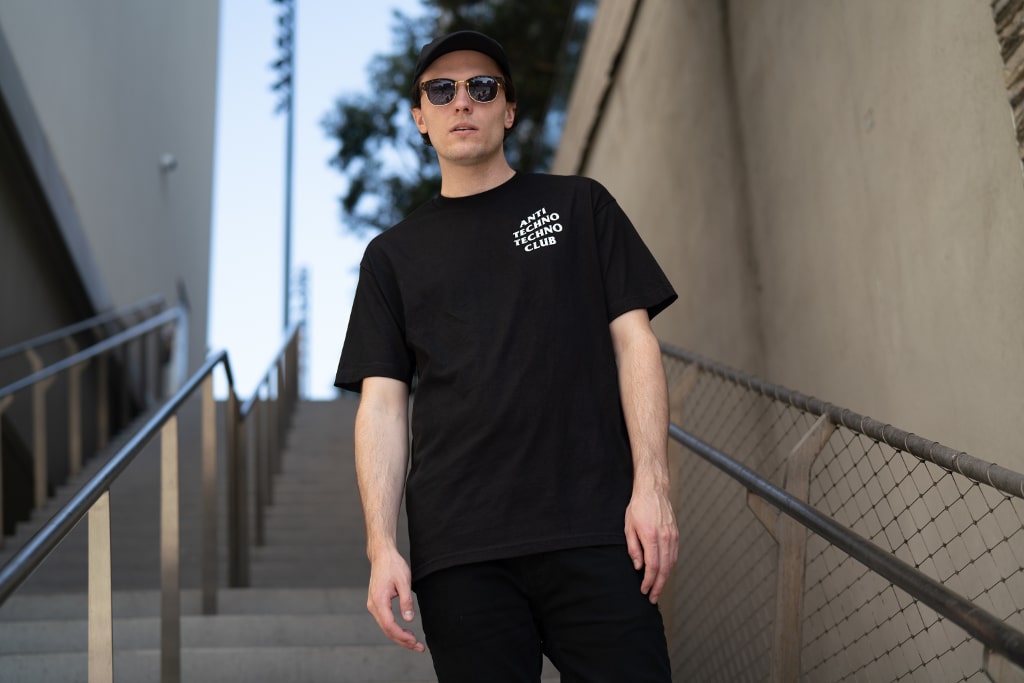 ArtistMap member Tap Newo shares his motivations as an aspiring artist and what gets him out of bed day in, day out. He also spills his secrets on how he uses social media to his advantage but never forgetting music always comes first.

When did you start ArtistMap and how did you first hear about it?

About two years ago from Jia Wang of 6AM.

Is there a specific moment that made you realize you wanted to pursue music more than just a hobby?

Just after high school, I had been accepted into London South Bank University for Hospitality & Tourism but student visa complications prevented me from attending. So instead I went to Santa Monica City College but ended on academic probation because I was distracted by music. Every day in class rather than paying attention, I was reading articles on sound design, music production and sometimes even making beats. I was so obsessed with music it became clear to me that I needed to pursue it. Finally, I decided to attend school for sound engineering which ended up being the best decision of my life.

What are some ways you’ve grown as an artist since getting serious about your career?

After getting my B.S. in sound I worked various jobs and did music on the side until I was able to land a full-time position as a recording studio engineer here in Los Angeles. I have spent thousands of hours in Pro Tools and now my job is challenging me in new ways. I feel like each day I learn more about what keeps the listener grooving. Mixing so many different genres of music at work has also opened my eyes to new ways of doing things. Also, I’ve now got my production workflow down to a science. It took some time to truly figure out how to be efficient as an artist in the studio but now things feel much more natural.

You’re kind of like a little music ninja grinding in silence. You’ve had music featured on XLR8R, Data Transmission, HATE, Nova Future. What fuels your consistency and relentlessness?

I guess you could say passion fuels me. I’ll do this stuff whether people listen to it or not because as my Dad would always tell me, “Do what you love and the money will follow.” Electronic music makes me happy!

As much as you let the music do the talking, we can’t ignore how connected we are online but social media is also a double-edged sword. How do you manage your platforms?

Twitter is definitely my preferred platform. I can follow all of my favorite artists directly and see what the scene is up to no matter what time of day. Techno Twitter is somewhat of an addiction of mine, but Instagram on the other hand is something I never take too seriously because it’s very “clout chase-y” if that makes sense. I do love the stories feature though because it makes the app feel more personal and encourages organic interactions.

I don’t use Facebook very much at all lately, for many reasons. Social media as a whole is always something I strive to just have fun with and post what I feel. My favorite artists are the ones just being themselves.

Do you find it (social media) helpful when connecting with people (peers, fans, etc)?

Definitely. I love it when somebody shares a snippet of a new track or has a DAW question. Sharing new ideas and getting real-time feedback is so cool to me. For example, a collaboration with this producer called ano9, and my remix of Jelani’s track “Warehouse Chop.” Both started as just Twitter conversations and will be dropping later this year. The ability to talk to so many like-minded people is seriously motivating.

Don’t waste money on a ton of music equipment, plugins, or beat packs. A simple low cut EQ can work wonders. Focus more time mixing down tracks and less time looking for loops that somebody else made.

Not everything that shines is gold, take time to master your own craft

Are there any artists currently inspiring you?

What’s your ultimate goal as an artist?

Not sure if I have an “ultimate” goal figured out quite yet, but touring internationally and playing festivals is definitely up there. Releasing on mau5trap is actually something I really would like to make happen. Getting my music featured in films and video games is another one. At the end of the day I just want to keep having fun and learning more about music.

Is there any advice you’d give to your peers who’ve just recently shifted their mindset to pursue music as a career?

Don’t waste money on a ton of music equipment, plugins, or beat packs. A simple low cut EQ can work wonders. Focus more time mixing down tracks and less time looking for loops that somebody else made. Always push yourself to be unique with your approach both inside the studio and out. Also, stay independent. Maybe not for every release, but there’s value in self-releasing.

Stay on the lookout for a big solo project by the end of the year…somewhat of a “techno mixtape” so to speak. There are a lot of tracks on my hard drive itching to see the light of day!