You are here: Home / italy 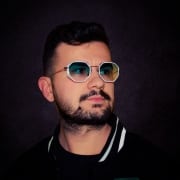 Italian DJ and producer Michele Anullo was born in Todi in 1994. Michele fell in love with music at an early age thanks to his brother and was quickly given his first set of turntables to pursue his passion.

At the age of 15, Michele was participating in contests and events around the Italian music scene and was starting to make a name for himself. It wasn’t long after that he would start producing his own music, finding inspiration from playing tracks from so many of his favorite DJ’s.

END_OF_DOCUMENT_TOKEN_TO_BE_REPLACED 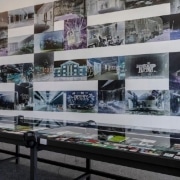 A techno exhibit has opened in Italy at MUSEION. TECHNO, a brand new exhibition curated by the director of Bolzano’s MUSEION gallery, Bart van der Heide, is now open. The exhibition explores techno from its roots to the communities assimilated through the genre and beyond, split by three themes – freedom, compression, and exhaustion. TECHNO is the first installment of a new exhibition series, TECHNO HUMANITIES, a “long-term program” covering the connection between humanity, music, ecology, technology, and more.

END_OF_DOCUMENT_TOKEN_TO_BE_REPLACED 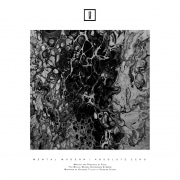 Pushed by his sensibility for depth in sound, Feral consistently digs deeper into spirituality throughout his work, distinguishing himself in the electronic scene for his tribal, mental sound and his off-the-grid live sets. Absolute Zero EP is the perfect reference of the concept that is at the core of the artist’s project. A powerful four-tracker EP surrounded by an atmospheric aura. This release on Mental Modern Recordings is a musical journey that starts from the depth of the sound and evolves into a mystical experience. END_OF_DOCUMENT_TOKEN_TO_BE_REPLACED

Wrong Assessment and his newest release “The Tenant” is full of dark liquid sounds. “The paradox, the best way to reveal to men a hidden truth,” says the artist. The artist is also set to release a VA vinyl collection.

END_OF_DOCUMENT_TOKEN_TO_BE_REPLACED 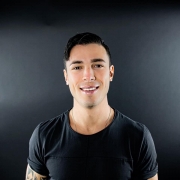 Having kick-started 2021 in emphatic fashion with POPOF’s huge four-track Skylighter EP just a few weeks ago, France’s most revered techno imprint, FORM Music, now unveils its second huge release of the year with the announcement the hard-hitting Flash EP from Stiv Hey.

END_OF_DOCUMENT_TOKEN_TO_BE_REPLACED 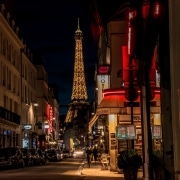 France is quickly following in the footsteps of Italy and Spain, but not exactly for the right reasons. As Paris sees a rise in COVID-19 cases, the French capital is closing bars again to help curve the spike, especially among a younger demographic. In August, both Italy and Spain faced a similar situation, closing nightclubs due to a wave of COVID-19 outbreaks. While health authorities blamed holidays and those vacationing, COVID-19 continues to confound officials and communities around the world.  The pandemic’s “hotspots” continue to change as well as the age group it affects. “These are braking measures because the epidemic is moving too fast,” police chief Didier Lallement said during a press conference on Monday. “We have to slow it down so that our health system is not overwhelmed.”

END_OF_DOCUMENT_TOKEN_TO_BE_REPLACED 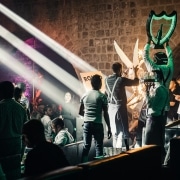 Italy and Spain have closed nightclubs throughout both countries as officials and authorities blame holidaymakers for new Coronavirus outbreaks.

The Corriere della Sera reports that the Italian government closed all nightclubs and moved to make masks mandatory between 18:00 and 6:00 in an effort to curb the spread of coronavirus, after recording over 600 new cases on Saturday, and almost 800 others on Sunday, nearly three times more than last week.

END_OF_DOCUMENT_TOKEN_TO_BE_REPLACED 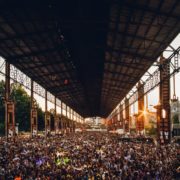 After months of notable artist reveals, Kappa FuturFestival has completed the lineup for their 2019 edition with an epic phase 3 roster. Returning to the mechanical framework of Parco Dora in Torino, Italy, July 6-7, these latest additions take an already-diverse lineup even deeper into the realm of underground dance music.

Once again drawing from every corner of the globe, phase 3 includes heavy-hitters from house, techno and everything in between. The vinyl maven Ricardo Villalobos is listed alongside the LA event mogul Destructo. Keinemusik residents Adam Port and Reznik will spin a joint set. The Black Madonna will bring her unmistakable talent on the turntables. Swiss taste-maker Luciano. Detroit legend Motor City Drum Ensemble. A live set from Johannes Brecht.  With such a broad range of sounds represented, this last phase defines Kappa FuturFestival’s mission to welcome dancers of all preferences and inclinations.

END_OF_DOCUMENT_TOKEN_TO_BE_REPLACED 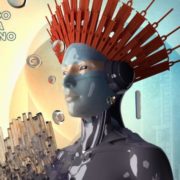 One of Europe’s most prestigious dance music events, Kappa FuturFestival, just announced an impressive phase 2 lineup for their 2019 edition. Returning once again to industrial backdrop of Parco Dora in Torino, Italy, a series of the world’s best DJ’s will inhabit this distinguished space for two days this Summer from July 6 to July 7.

Kappa FuturFestival began in 2012, and over the past seven years they have built a reputation on curating lineups that draw influence from all over the world. Phase 2 includes Detroit legends like Derrick May alongside the Russian techno master Nina Kraviz and the UK upstart Denis Sulta. The French power trio Apollonia will join renowned German-bred selector and label-head Solomun in addition to Seth Troxler, who just announced the first EP from his exciting new project with Phil Moffa: Lost Soul of Saturn.

Phase 2 also brings in Modeselektor to perform the second live set on the lineup (the first being from Vitalic). This historic techno duo are known for their dynamic performances, and a live set always deepens the connection between the artist and their audience.

END_OF_DOCUMENT_TOKEN_TO_BE_REPLACED 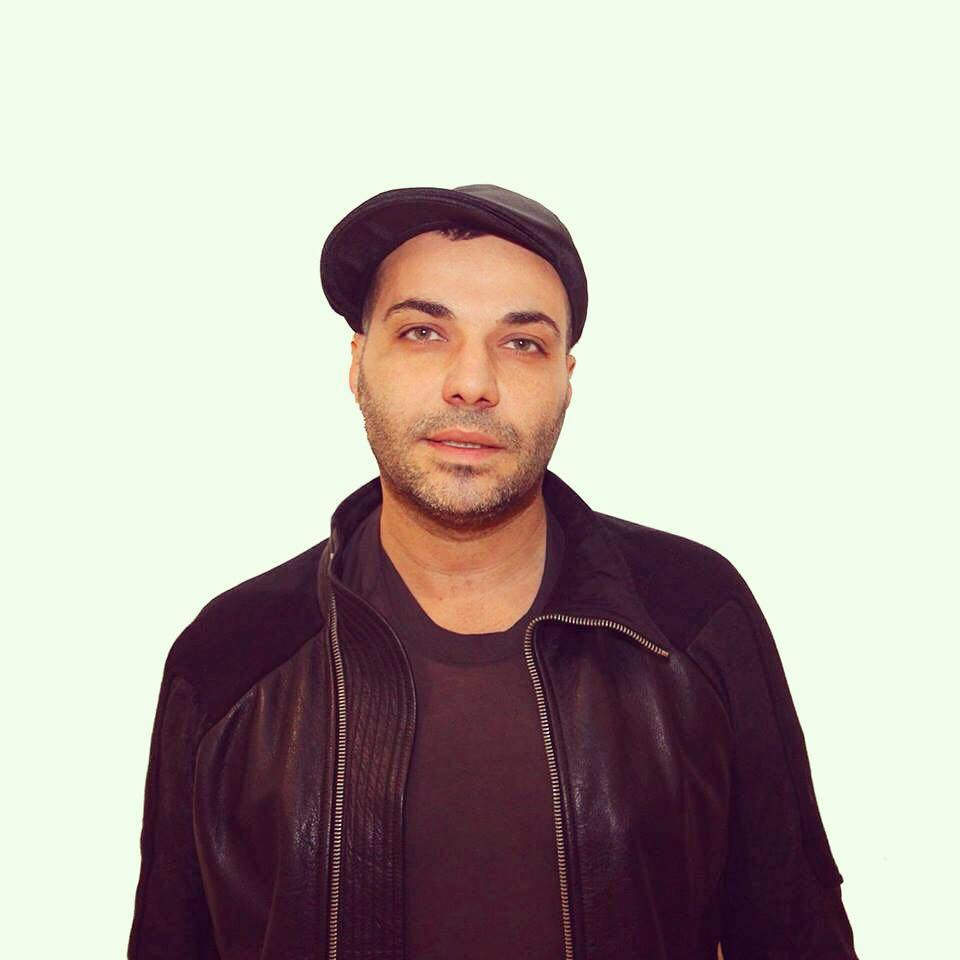 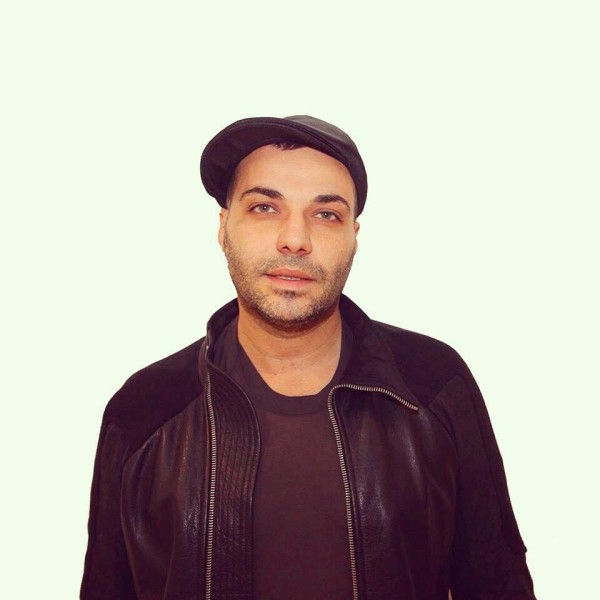 Amalgamation – The action, process, or result of combining or uniting

What started as a collection of singles for Memento Records’ “Dib 00” series quickly transformed into a full-length album from Idriss D. Starting Memento Records with Italian producer, Fabrizio Maurizi, in 2006, Idriss D has conceived a strong catalog of releases with “Amalgamation” marking his first official album.

From the peak time mysticism of “Transition” to down right techno groovers such as “Casa Baratas”, the album feels appropriate for listening both inside and out of the club. With eight tracks clocking in at just under an hour, “Amalgamation” is a strong release from one of the great techno producers of our time. END_OF_DOCUMENT_TOKEN_TO_BE_REPLACED