It is said that the love for football (soccer) knows no limits. In fact growing up in Italy, there was a saying I learned while just a kid and still hold true to this day, “In life, there’s only two things that never ever change: your mamma and your football team!”

But what about techno, or one’s passion for DJing and electronic music?

Recent pictures posted from this past weekend’s Awakenings festival in the Netherlands have caught one of the most respected and popular underground acts watching a game of footie while behind the decks. That’s right, Cocoon label-head Papa Sven Väth appeared to have a Euro 2016 game playing on a cell phone as he spun vinyl in front of countless of thousands at Awakenings’ biggest stage.

I suspect he had an eye on Germany’s 3-0 winning game versus Slovakia throughout the set, as a true football fan may do. The below picture, by Mr. After Party, began doing the rounds on the internet earlier today: 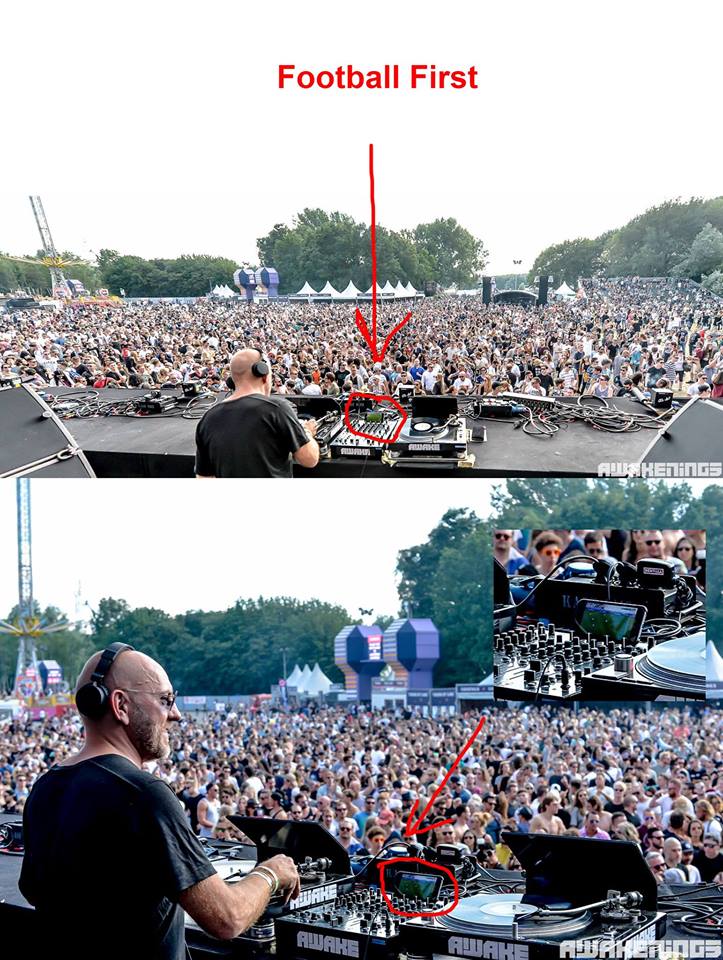 Festivals in Europe are well known for putting games on the large screens at major stages during football tournaments, so it comes to no surprise to see Sven keeping a little eye on his German national team as they progressed to the next round of the Euros. As expected, some electronic music fans on social medial are taking offense to Sven’s action, labeling it as irresponsible and disrespectful to his profession.