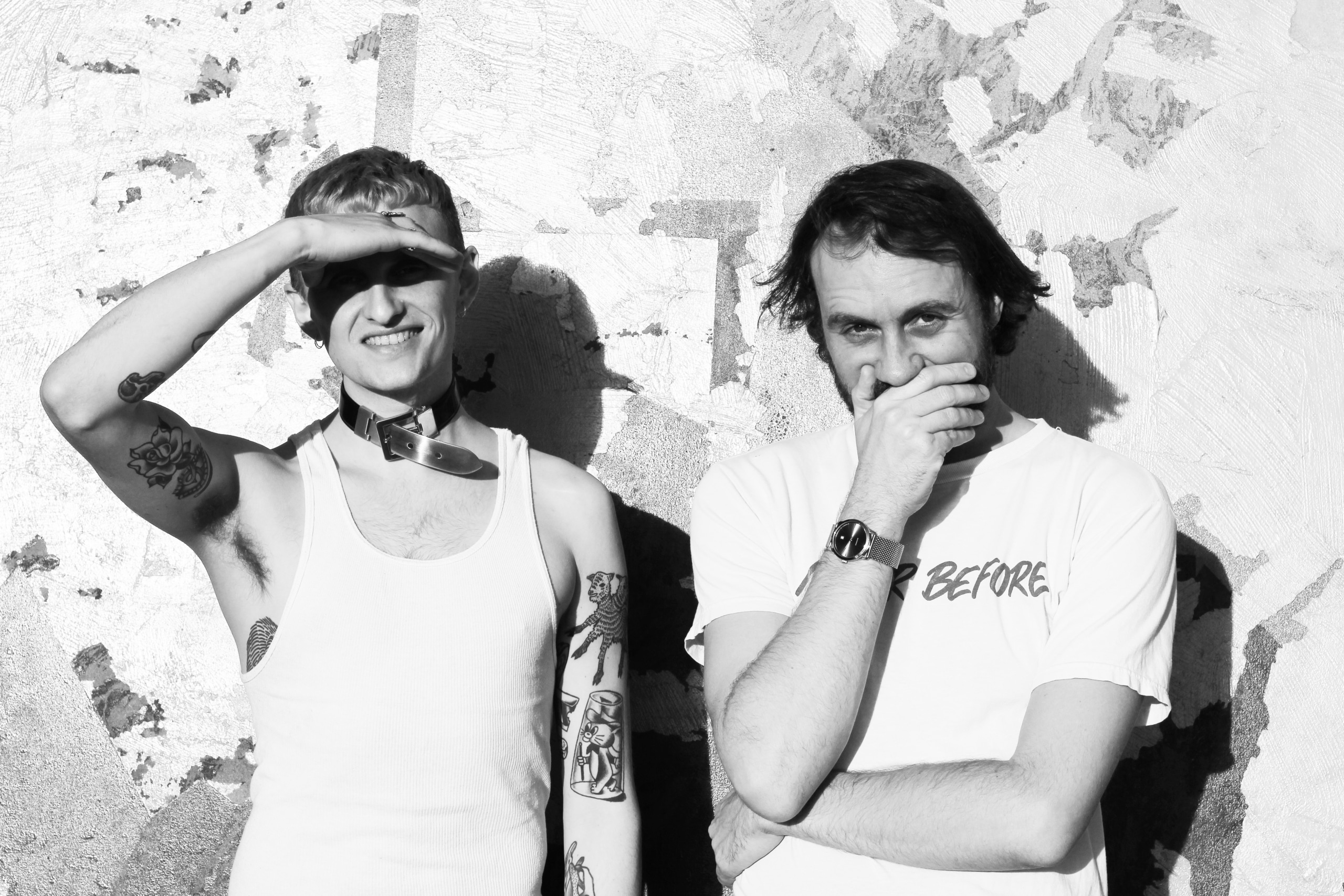 Next month Freeride Millenium welcome Jerome Slesinski and Jon Arnold aka queer duo Super Drama for their label debut in the shape of their ‘XoXo’, a three-track  EP which comes accompanied by a stellar remix from Ervadoce and is available for pre-order on Bandcamp. In the occasion of this forthcoming release we asked Super Drama to share their Top 10 Queer Anthems with us.

London-based Super Drama have rapidly gained momentum amongst the LGBTQ electronic music scene since making their debut two years ago, releasing material on their Super Drama Records imprint, Moshi Moshi and Discotexas. The duo have featured as guests on Rinse FM with Joshua James, NTS and Haai’s Worldwide FM show, whilst hosting their very own club nights at Dalston Superstore in London and at Freeride Millenium’s label party in Stuttgart, Germany.

Super Drama continue to build their impressive discography by making their debut on Freeride Millenium with the stellar ‘XoXo’. The record is backed by a remix from Ervadoce, which is the alter ego of Paraiso man Shcuro, and his partner Maria Amor, who is also one half of A.M.O.R. with Violet from naive.

Enjoy the exclusive playlist for 6AM readers below:

Andy Butler’s Hercules project has a fair few bangers and “Blind” is probably the biggest but I really love “Controller”. Being in a sweaty room with a bunch of people all singing “move me, it’s all I want, use me, it’s all I want” is really something.

Azari & III – Reckless With Your Love

Still sounds as fresh as it did when it came out in 2009. Thought provoking lyrics about safe sex and HIV/Aids mean this song has more to it then just a stone cold banger, which of course it definitely is.

Sylvester – Over And Over

Can’t really have the term Queer anthems without mentioned the don of dons Sylvester. “Over And Over” always makes the crowd go mental and by the end almost having heart attacks.

Getting a bit darker here, this one goes down a storm when it’s played at Adonis, London’s best Queer party. Acid kings Paranoid London deliver the goods whilst our good friend Josh Caffe’s vocal has everyone going mad.

A stone cold classic now. One of our most recent favourites, we played it out a bunch last year and it was unbelievable the amount of track ID’s it got. Will be playing this in ten years time for sure.

A timeless remix from a Detroit legend. It never fails to make the club go off. It’s peak time without being cheesy and has that great acid line holding the whole thing together.

An underrated gem on the Sex Mania catalogue. It’s a shame Aron didn’t blow up because we love his bitter sweet narrative on this track. It’s sassy but has a raw edge and you can tell it’s a S.M. release immediately.

Oh Junior! What a legend. Decades in the industry as an outspoken voice from the queer scene (and the mainstream). His early work as Ellis D is not to be missed either, however this record takes the crown. Produced off the back of a feud between Junior and Madonna. This is a classic diss track of its era, and still kills it today.

From balls to clubs to dancing in music videos and films to billboard chart topping crossover anthems, Kevin has done it all. Din Da Da captures their punk energy and brings it diva style to the club. The Cevin Fisher mix is the one we play most, it has a deep and dark house vibe that shakes the room.

Kylie Minogue – Where Is The Feeling (Da Klubb Feelin Mix)

A Kylie track from 1995 that was turned into an eleven-minute long throbbing tech jam, by none other than a young Felix Da House Cat! He’s uncredited here, but it has the tell tale signs of his work. Punky synths and disco arps clash together with sizzling hats. A perfect mid-set track to bring the vibe in.