A blistering six-track compilation project with some of the hottest names in techno is the latest in STRISCTRX stream of stellar releases.

STRISCTRX was established by the mysterious producer, STRISC, in 2017. With a sound that was born bubbling beneath the dancefloors of Berlin’s underground clubs, STRISCTRX’s onslaught of killer releases has seen the label charge to the forefront of the international techno scene.

The latest jewel in the label’s crown is a compilation EP entitled VA. The six-track techno tour-de-force features a formidable tracklist of some of the most exciting names in the scene.

STRISC. himself kicks off his label’s tenth release with a sinister slammer. Intense, unsettling, and unforgiving, “Vred” holds testament to the buzz surrounding the enigmatic producers name.

Kosovian producer Vegim is responsible for the next BPM assault. “Transmit Minds” sounds as if it’s dangling on the edge of the unconscious as distorted synths pierce through the furious kick driven beat.

The third track is an original mix from the head honcho of Emphatic Records and Black Codes Experiments, Ian Axide. Entitled “Instinct,” this track packs a punch with thunderous pace whilst retaining depth and an undercurrent of foreboding synths.

“Liquefatto” is the sixth and final track by the hero of Italy’s underground club scene, Alex Dolby. Compared to its forerunners this track eases off the accelerator to create something deep, dark and entirely hypnotic.

Armed with six epic tracks, the tenth release on STRISCTRX is another flawless stamp on STRISC’s career as his label continues to build ammo of world-class techno with unstoppable momentum.

Not only did we grab the honors of premiering the entire V/A release, but we also took the opportunity to grab a quick chat with STRISC. to discuss the milestone release.

Tell me a bit about the music your making and releasing?

The music I’m making at the minute is the same as I’m always making, functional techno with heavy industrial influence. I have a good balance of hardware and vsts and I’m really enjoying the music-making process. I always like to use drones and ambient textures in my tracks which just adds an even deeper and darker feel.

Starting STRISCTRX was one of the best things I did, it allows me to schedule releases for myself and other artists who’s music I like and means I have full creative control over everything. Sometimes I’ve been left frustrated when signing my music to other labels because maybe you are just another artist and the music just doesn’t get exposed like you want.

My next step now the label is gaining good speed is to release music more regular from other artists allowing me to prioritize my own music for bigger labels and also launching a new label project in 2020.

Can you take me through the artists your releasing on this comp and a few words on each track?

I really really love doing various artists eps as it allows me to bring in artists who have inspired me and have also been supporters of the label. For our DJ mailouts we use Mainline Promotions who I’ve known for a few years now through their amazing podcast series Death Techno, they always do a great job and get the tracks in the right hands, which is what it’s about for me.

Vegim, Ian Axide and Alex Dolby are doing great things with their own projects and I love the promos I get sent from them, so I feel really happy to have them on this release, and they delivered great tracks. Monolyth I’ve worked with before remixing one of his tracks and recently he’s been getting heavy support from Paula Temple amongst others so I wanted to get him involved. Kon Janson is a really talented producer and also the label mate from main(void) who also released on the label on the last VA we did. Together they run the Spatial Cues label, which I stumbled across when buying records in Hardwax, and was really impressed, I’m very glad to have both of them on the label.

Lastly my track is a perfect example of everything I’m making at the minute, I love working around 136-140 bpm and that also works great with the sounds I’m creating and using.

No release is complete without the amazing graphics/artwork from our designer Jonathan de Kalbermatten. It’s such an important part of the release for me being able to completely leave that side to someone who understands the vibe and can make a visual representation of the label and music.

When is it out and where can it be bought?

STRX010 Various Artist will be released 22nd November exclusive to Beatport followed by Bandcamp then everything else after.

Cover photo of STRISC. by KURØ. 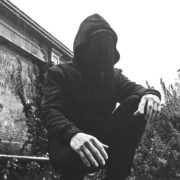 A Look Inside Sunday School 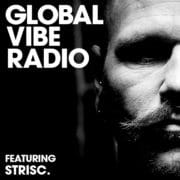 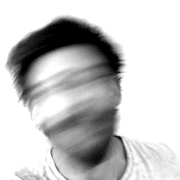 Emseatee Releases Time Conceptual "21.06.2014" Album, Taking Listeners Through a Month In The Life of the Producer.