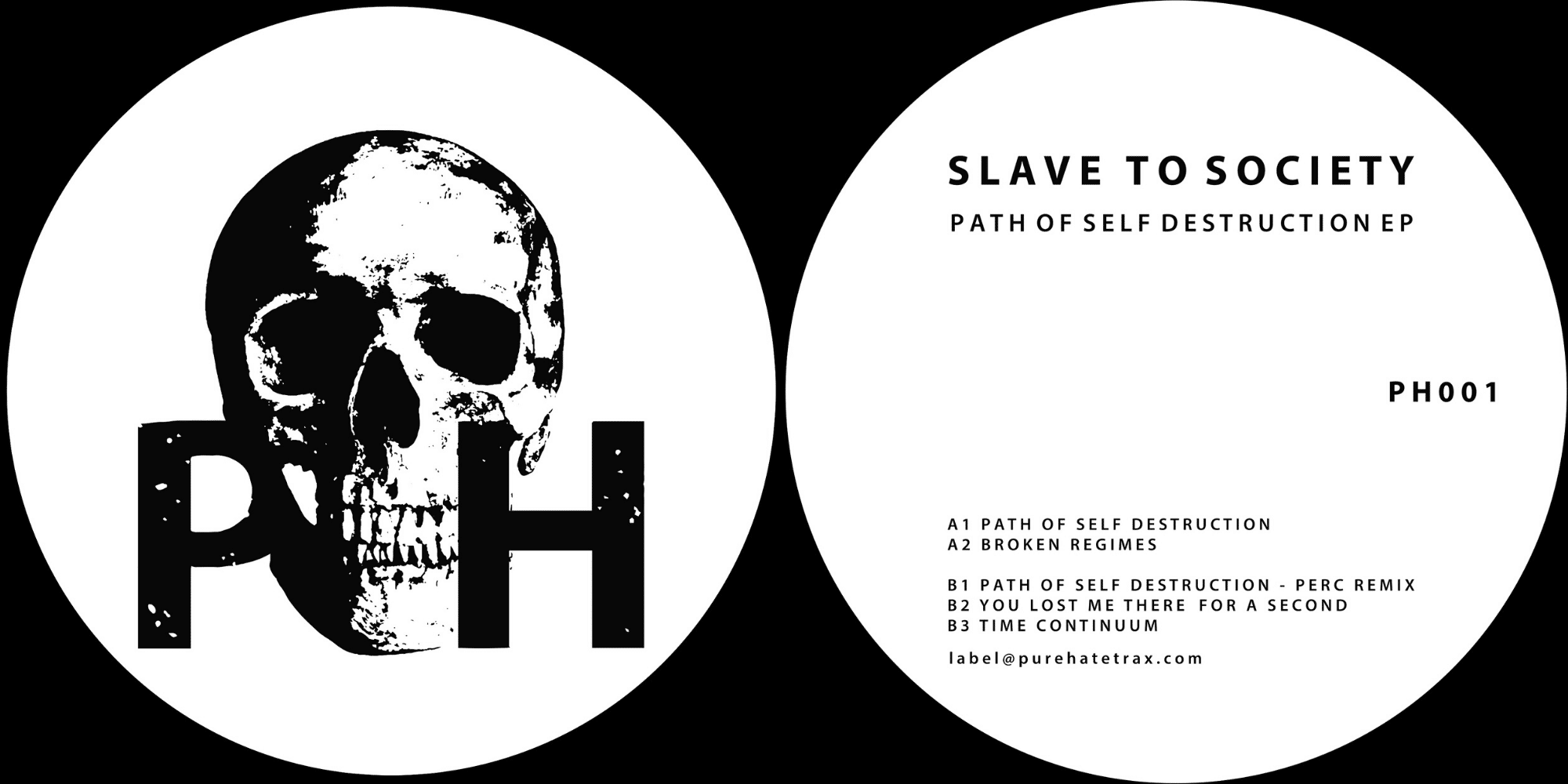 Berlin-based STRISC. is a mysterious techno figure that has been making headlines thanks to an output of no-compromise productions that have garnered him the respect and attention of techno aficionados and peers alike. STRISC. began releasing on Flash Recordings before launching his very own first imprint, named STRISCTRX. Now, he launches a second label called PURE HATE, and does it in style with Slave To Society aka Andrew Bowen, one half of AnD, providing the debut EP which includes a remix from industrial techno heavyweight Perc.

The Path Of Self Destruction EP consists of 4 original tracks which provide the perfect blueprint for the label’s debut release. Across the four original tracks, listeners can expect to hear a varied number of dramatic, hard-hitting soundscapes, focusing on the industrial, bleeding edge, razor-sharp, metallic, experimental, raw and stomping sounds that Slave To Society has been known for. This EP highlights just what we can expect PURE HATE to stand for in future releases to come, a testament that the label means serious business in this niche of techno.

Rounding off the EP, Slave To Society and PURE HATE couldn’t have asked for a more suitable remixer than British Industrial Techno pioneer Ali Wells aka Perc. Here, Perc steps up to remix lead track “Path Of Self Destruction” delivering a rendition that is synonymous with the quality of productions that have catapulted both him as a producer and his Perc Trax label to the forefront of the techno scenes both in the UK and throughout the world.

Enjoy the exclusive SoundCloud premiere of the entire EP below.