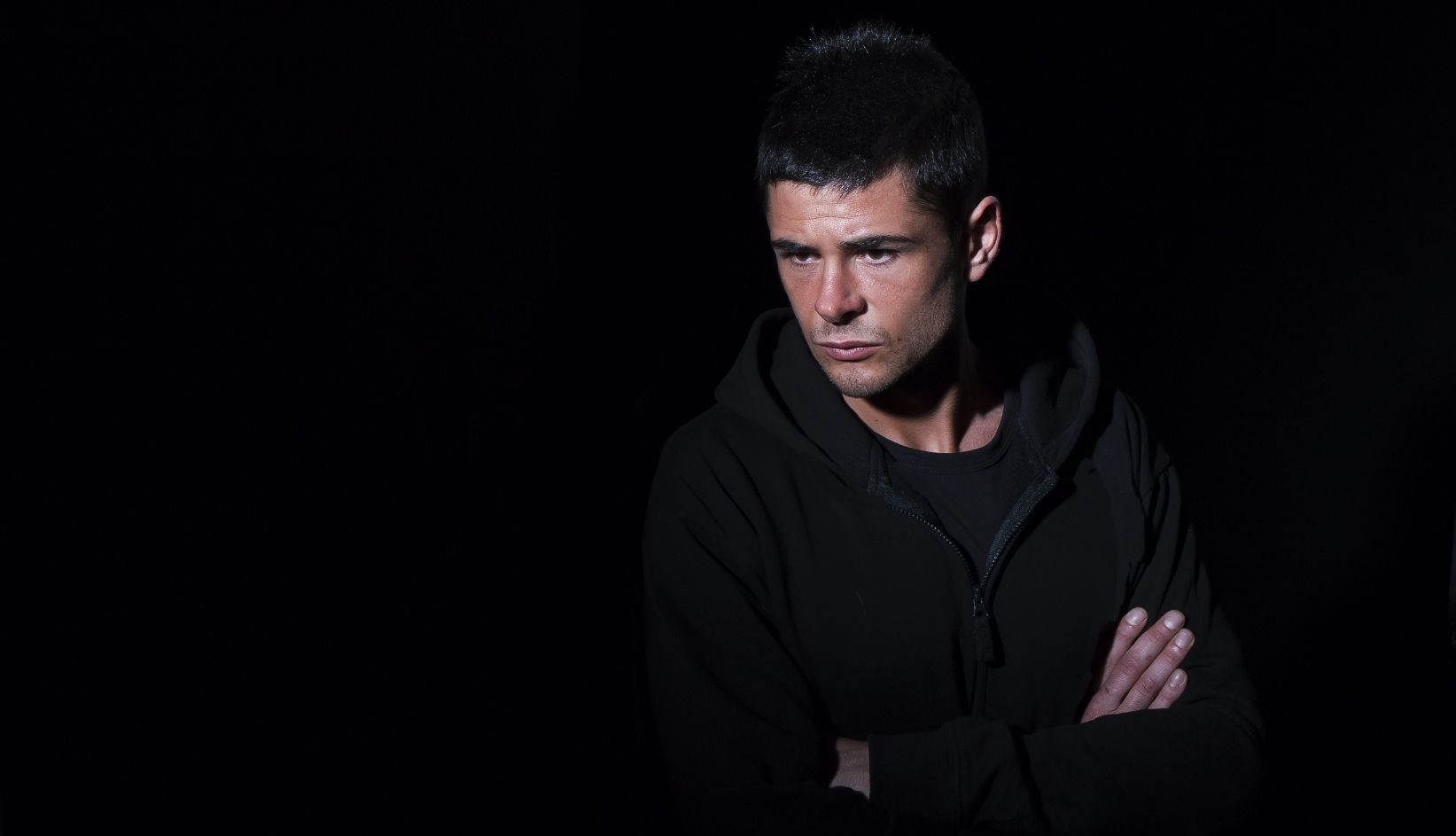 Fresh off the release of his It’s My Time EP on his very own EXE imprint, Steve Shaden is seeing his music supported by the likes of Adam Beyer, Amelie Lens and I Hate Models.

The three-track EP is peak-time, driving techno at its finest, cementing Steve Shaden as one of Beatport’s more supported artists.

Some of his productions have also been playlisted on Chris Liebing, Marco Bailey and Drumcode’s Radio shows, and they have been played on numerous stages, such as Nature One, Awakenings, Kappa Future Festival, and Rhur in Love, making his sound recognized in clubs around the world.

In addition to his talent and passion for producing music, Steve has had a strong passion for mixing ever since he was just 16. As he developed an impressive repertoire of DJ sets, he was soon working with radio stations as well as performing in a lot of clubs worldwide.

Olga Godina recently caught up with Steve Shaden to find out more about what he has been up to, the story behind his successful releases, and more.

I think motivation is something that everyone has to look for within themselves.

I personally am not a lover of comfort zones and when I notice that something is no longer stimulating me, I look for new ways to generate stimuli in myself.

The opening of my record labels are an example of this propensity of mine.

I was coming from a time when I was first in Beatport’s annual top 100 hard techno artists and I needed a new stimulus to continue.

It was then that I decided to start this project and this new job as a record label owner, and I have to say that I love it.

You had over 30 Number 1 tracks on Beatport and 52 tracks in the Beatport Top 10. How do you keep inspired? What do you feel creating tracks?

When I create a track I try to communicate my emotions at the very moment I compose it.

I am very inspired by the music that marked my adolescence, I am talking about the first wave of techno music that arrived in northern Italy around the end of the 90s, up to the early hardstyle and classic hardcore of the early 2000s.

My congratulations on your new EP It’s My Time. I`ve heard that it has support from Drumcode boss Adam Beyer, Amelie Lens, Luigi Madonna, I Hate Models, Fernanda Martins and Regal. Tell us more about it and your own label “Exe”.

Thank you very much for the compliments first of all, what to say, receiving the support of the best artists of the international techno scene always fills me of proudness and joy and, at the same time, is a sort of gratification for the work done.

My EXE label was born with the idea of spreading what is my vision of Techno music, releasing what I would love to play during my gigs, and presenting to the public a series of productions and artists in which I believe.

I think the most important thing for an artist and for a label is to create a musical imprint that stands out from the rest, this is what I’ve been doing since day one I started to producing and I’m trying to do the same with my label too.

Why do you think music is such an important element of existence?

this is a very difficult and very philosophical question that I think I could talk about for hours.

I think that music has a different meaning for each of us, but I think it’s undeniable that a life without music would probably be difficult to imagine and at same time would be emotionless.

Just think of the importance that the background music of a film assumes… it is able to generate emotions and to complete what with the video alone it would not be able to communicate.

Music accompanies most of the moments of our life and generates different emotions in those who listen to it.

I think that music is not only art but also one of the most creative forms of communication.

Many, I am a person hungry for knowledge in general.

I like to try new challenges, learn and study from the best and then create something new with the acquired knowledge.

This not only in the musical field, but in life in general.

I would love to learn how to create videos to match my music, combining the creative process of the audio part with that of the video part, for example.

You have been in the music field for a long time, what do you think has changed over the past decade?

Social media and the progress of technology have made this business accessible to almost anyone who wants to try, for hobby or passion, to pursue this career.

On one hand, this is positive as it has made this sector more accessible for everyone, but, on the other hand, it has created a strong blockage of the market.

Social media, in my opinion, have negatively influenced the music itself, in terms of quality, but they have helped to spread more the music itself, making become a genre like techno music – that was previously considered underground – more mainstream.

Without going too far back, about 10 years ago, producing music was very important for artistic growth, it was possible to achieve great goals from the point of view of notoriety and the resulting benefits of it.

In my opinion, since we are talking about music and not about television or fashion, this is sad, as music should always come first.

Are there things that are constantly running through your head at the time of writing tracks?

I have definitely been obsessed with the audio-engineering side lately, as I started to see the audio processing more as a creative process, equal to the one sound-designing.

I always try, in all my tracks, to maintain a sort of natural imprint when I create a track, leaving a personal signature on the sounds used that makes my works recognizable to the ears of the listeners even before they read the track ID.

I pay a lot of attention to the kick and bassline that I use because I believe that in techno music, the choice and processing of these two sounds can differentiate one track from another.

What else is planned in terms of releases? Any sneak peek you can give our readers?

A lot of new things are coming up, as during the lockdown I had a lot more time to stay in the studio and produce new tracks and come up with new ideas.

Come on, anything you can anticipate?

Two of my remixes will be released at the end of September, one for the “T-Minus” label, the other for “Crush!”.

In October another EP will be released, this time on my second label “LEVEL”, which will have much harsher and more aggressive sounds, hitting peaks of 145bpm.

I will also soon start a new series of podcasts dedicated to my label EXE… so, a lot of new things.

Included, for close, a “reworks album” which will contain a collection of my most famous old tracks remixed with more modern sounds.

Thank you! The summer season closed recently, could you share a few highlights with us? What did it bring to you?

Well, unfortunately, COVID changed a bit the plan I had for this summer.

I had gigs planned in Belgium, UK, Portugal, Italy, Germany that unfortunately was been postponed due to the COVID emergency and the ensuing lockdowns.

Also travel for vacations was not possible or very complicated, so let’s said that was a kind of new “summer feeling” this year.

But surely, if I have to mention two highlights of this summer season, I would say the podcast I did for Charlotte de Witte’s radio show, KNTXT, broadcast on the Belgian FM radio “Studio Brussel” and the live stream I did with the guys of “kulture wearing bpm” which had extremely positive results, reaching 24K views during the live broadcast, and then reaching around 80 thousand in the following days.

Where can we hear you this fall? What are your next plans?

In autumn you will find me at the Kable Club in Manchester (UK), at the Zodiak Club in Brussels (Belgium), Infame Club in Odivelas (Portugal), in Rome (Italy), at the Alia Club in Bochum and at the Airport Club in Wurzburg (Germany) and in many other places with which we are defining the dates with my agency.

Furthermore, as mentioned previously, many other productions are planned to be released on my labels… let’s said, a lot of new things are coming, so… stay tuned!