PROGedia, aka Fed Conti, has honed his craft from a very young age. Oftentimes, Fed Conti was in the midst of jazz greats, thanks to his father’s connections across that spectrum of music. Based in Italy, the artist has played in many clubs and events across the world. PROGedia’s first single, “We Are The Night,” is slated for November 5th on R&S Records with remixes by Charles Webster. The track is also accompanied by a mind-bending video. Conti shares more about his unique musical background, the inspiration behind PROGedia and his new surreal track.

You can pre-order “We Are The Night” here.

Thank you for taking the time to speak with us at 6AM, we’re excited to talk about your new multimedia project PROGedia. For those who may be unfamiliar with your background, can you share a little about yourself?

My pleasure, I was born around 6:00 AM, somehow my parents had a kind of After Party, let’s say. PROGedia is my third life in music, a combination of the first two and much more. It represents the truest side of me, reached and still evolving after many years of experience.

My very first musical life was when I started playing different kinds of jazz as a teenager on Hammond Organ, swinging with both American and European professional musicians mostly in trio and quartet without a bass because a true organist plays basses with left hand and pedalboard. So the 90s were very smiling to me full of beautiful music moments shared with my dad who always drove the bus at that time during tours.

The second one was when jazz was not paying the bills and my much older dad, more modern than me, told me “keep doing your jazz things but I’d like to help you by building a digital DAW home studio to see what you could do as a producer, and why not start from dance music which pays more bills than jazz!” At that time in my hometown, there were hugely famous and lucrative dance acts. Do you remember “I’m blue da da da di”? So I cannot deny that my first approach was for very commercial purposes.

Almost immediately I started producing from scratch. It was around 2004, without all the tutorials available today and with very unstable machines (Windows 98) spending hours to make things work. The force of creating acceptable records from home with the new technology, which was surprising all of us in those years, made me hungry and passionate to feel comfortable as a producer. It felt much more creative to me instead of only playing live.

Read Next: Bertolt Meyer on Modulars, Mind Control, and the Future of Music and Machines

After a couple of years from there, I started licensing my music to chill-out compilations including some really famous ones, using different monickers. The same I did for house, techno, electro… even some dubstep and Dnb. It was always music licensing, which is not like having a real record company behind you. Of course, electronic music brought me to start DJing as people were asking me for gigs.  I said “why not? I’m sure I’m gonna have fun,” and I did it. For years I played in the most loved after-party in my region, where even Renaat played once, The Doctor Sax. The funny part is that for all the years before DJing, I was actually a nerd producer that didn’t really go out, and then I did the opposite.

“My biggest inspiration has been escaping from the world totally, forgetting about any trend, playlist, music strategy or any other process I was considering before and just playing and tweaking my original spontaneous live samples.”

On growing his artistic career

PROGedia, my truest third life, is born during COVID when I was facing some personal issues including a big music identity loss for a couple of years. Probably due to all the previous phases where I tried on my own to adapt to the always-changing market. So I basically had to stop producing for a couple of years because I had to focus on life. Everything happened a bit earlier than COVID, which just doubled my ongoing reset.

Breaking the loneliness. Being a chronic shy child who grew up in the countryside of Italy with no friends and spending most of the time with my super dad. He’s more of a technical mind than an artist and this helped me make things.

Another thing I’ve struggled with is developing projects in music but not feeling my own way. Then comes Renaat, who is the really first who probably understood me, giving me this big opportunity which I never had before.

Are there any musicians that have influenced your work as an artist?

So many, because I really heard all past century music from the really beginning even before digital services. I spent so much money when I was a teen buying anything that captured my curiosity, but now after many years I can say what’s most important to me. All the big innovators of something, let’s mention a few: Miles Davis, Jaco Pastorius, Jimi Hendrix, Jeff Beck, Keith Emerson, Brian Auger, Chick Corea, Jimmy Smith, John Medeski, John Coltrane, Led Zeppelin and Frank Zappa in particular, as multi genres composer, for the sarcasm and as a soloist.

Of course I have my electronic music influences. During the 2010s I was a party guy, so I lived in the electronic music scene especially during festivals abroad so I can really talk about what I absorbed from here: Kraftwerk first. Then modern times, Massive Attack, MAW, Royksopp, Aphex Twin, Noisia, Prodigy, Thievery Corporation, Sven Vath, Too Many DJs, oh I love these masters.

What was your inspiration behind PROGedia?

My biggest inspiration has been escaping from the world totally, forgetting about any trend, playlist, music strategy or any other process I was considering before, and just playing and tweaking my original spontaneous live samples. “We Are The Night” has been the first track I was thinking of releasing on my own but then I recognized something unique I said, “Let me send this to Renaat!” And he loved it so much pushing me to do more this way, the pure way. 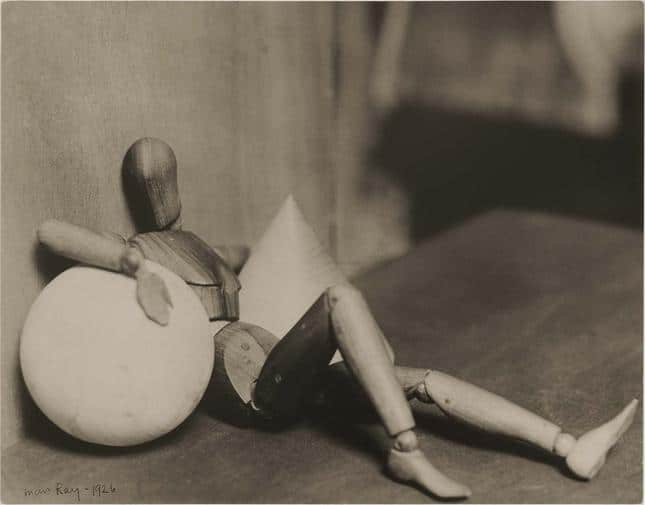 The track, “We Are The Night,” is quite surreal. Walk us through your creative process for this track.

All this surrealism comes a lot from the cut of some original sounds of mine which was straight 4/4 beat. I destroyed in 3/4 like a waltz, but not everybody will notice that because all the parts blend together in a magic way. There are so many possibilities in the odd rhythms which almost never appear in today’s music while I normally feel at home with.

Part of my creative process is to play very free jam sessions which I sample later like a beat maker working on different slices of me to record over new parts again, and then make all the fine sound design adjustments.

The video that accompanies “We Are The Night” is also a mindbender. What is the ethos or idea behind the visuals of your track?

There is a time traveler spirit inside PROGedia, which is also shared by my friend Alessandro Amaducci the moviemaker of the video clip. We live in the same city and we met at the university where he teaches in the cinema department. Our city is full of spirits – no we don’t believe in ghosts, but this is the atmosphere you can feel. Even Dario Argento shot his famous horror, Profondo Rosso, here in Torino. So we can say we are not solar, seaside and bikini-looking people. Alessandro worked often with bodies, both humans such professional dancers and digital android 3D models, so we decided to fill all these bodies of spirits and make the nighttime journey begin, through edited paints from the 1800s in a well-read fairy vision.

What is PROGedia literally? It is a totally invented word-joke originally thought as the track’s title during the first lockdown. With this two-word combination, I was defining to myself my own story made of a progressive (literally and musically) journey where I suddenly felt like Ulysses in that nice theatrical tragedy (in Italian tragEDIA) of life.