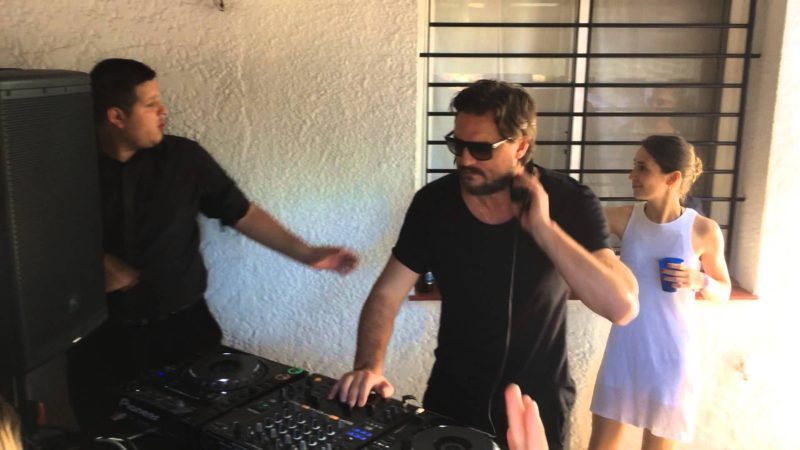 Solomun can finally be crowned as the true After-Party King, as he truly deserves to be.

The German producer, DJ and Diynamic label-boss has DJ’d in Tulum for 147 consecutive hours, leaving other marathon set professionals the like of Marco Carola in the dust.

The set, taking place at what looks to be a private mansion after-party in the middle of the Tulum jungle, in Mexico, began at the beginning of this past weekend and showed no sign of stopping as revelers kept pouring in throughout the six-plus days since.

Read More: After Hours in Hawaii: A Look Inside Asylum Afterhours

News of the epic performance spread through the mostly white tourist crowd in Tulum via text messages, Twitter and Whatsapp. While it is doubtful that any of the partygoers has lasted throughout the entire 147-hour performance, it appears that Solomun kept going on a diet of bananas, trail mix nuts, beer and other “nutrients” offered by friends and random members of the crowd.

Videos of the epic performance have been surfacing on Twitter as well as Instagram and judging by everything we have seen, it is obvious that COVID must not be present in Tulum, or the crowd simply does not care.

It is likely that members of The Worst Techno Memes Ever Group Page are going nuts right now at the mere thought of having missed this epic milestone event in the House and Techno history.