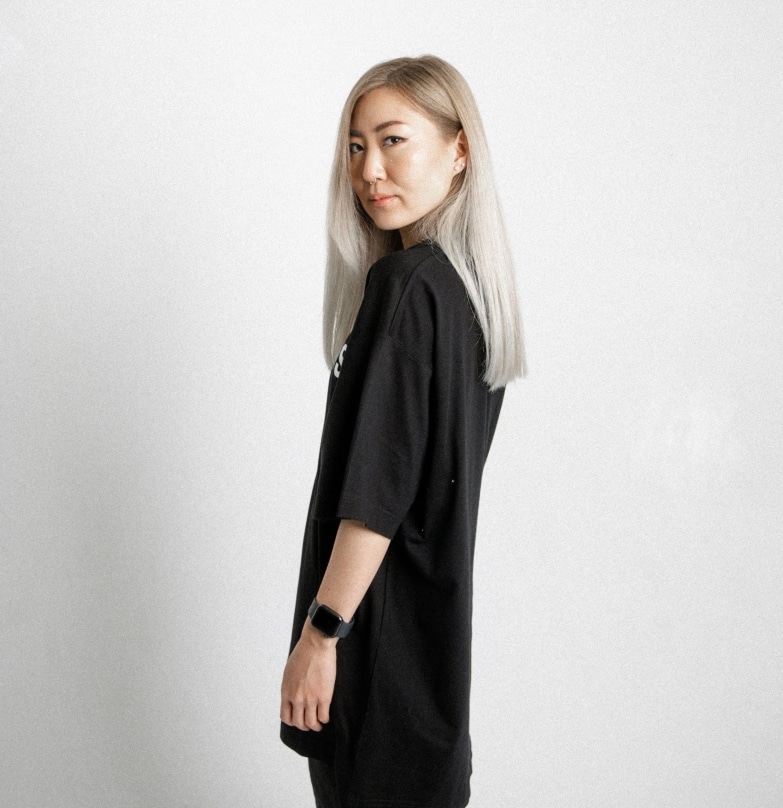 SOHMI has quickly gained a reputation for her nuanced and emotive brand of DJing, which has pushed her into becoming the first Korean woman to be named a resident at LA’s premier underground house and techno club, Sound. All her years of musical training have prepared SOHMI to be the electronic force that she is today. Musically, SOHMI draws inspiration from R&B and UK pop/garage cuts of the ’90s and early 2000s by artists like Aaliyah, Cassie, and Craig David.

Hi SOHMI, we’re glad to have you on to get to know what’s been going on during your journey. Tell us a little bit about yourself — what first got you into music?

Music’s something that I think I was just born to be into and born to love. I taught myself how to sing at a very young age and started studying classical piano at age 3. My dad was the lead singer in a band in high school, and I found out when I myself was in high school that I had second and third cousins who were all performers and singers on my dad’s side of the family so I think it was always in my blood. As far as getting into dance music and DJing/producing, that came much later in life.

Buy/Stream: ‘Get To You’

I moved to LA in 2016 and fell so in love with the underground dance music scene that by the following year, I quit the job I’d relocated out here for and spent the rest of 2017 drowning myself in house and techno at every club, warehouse, festival, and afters I could humanly go to. It was partly to numb myself from a really painful breakup, and partly — in hindsight — a very intense year of ‘studying’ the music. I’d be out “partying” at all these places I mentioned but underneath the surface, I was processing and learning about my own preferences and tastes; how to create a vibe; how to move a dance floor. I realized at the end of 2017 that I wasn’t just going out to these parties because I loved to listen to the music or because I wanted an escape — I had reached the undeniable point where I wanted to create and perform this music myself. So in 2018, I started to learn how to mix and produce music of my own. That was the start of SOHMI.

“I moved to LA in 2016 and fell so in love with the underground dance music scene that by the following year, I quit the job I’d relocated out here for and spent the rest of 2017 drowning myself in house and techno at every club, warehouse, festival, and afters I could humanly go to.”

The passion from L.A.’s underground scene inspired SOHMI to dive deep into the world house and techno.

With music, what is your creative process like? How do you decide which elements work or don’t work?

For me, the entire process begins with and is driven by personal taste. Meaning,  I don’t sit down with any label I have in mind that I want to send demos to or have any scientific way of deciding which elements work or don’t work beyond what my taste tells me. So you could say it’s sort of a loose process, especially being both a producer and vocalist as some days I begin with track production, and other days I begin with a vocal idea and then try to build a track around it afterward.

It always comes back to my taste though — whatever my ear likes, as I’m sifting through kick samples or VST settings or top loops to chop up — I just go with it and trust it. I don’t worry about whether it sounds like anything else I’ve heard someone else do, or if what I’m starting to make sounds like any other records out there. I just keep adding elements that I like until I have something that feels ‘full’ enough to be a record.

“I just go with it and trust it. I just keep adding elements that I like until I have something that feels ‘full’ enough to be a record.”

Following your intuition can be your best guide to creating authentic tracks.

Speaking of the creative process, can you share the inspo behind your track, “Get To You”?

There’s several ways to answer this question. From the production/track side of things, what would eventually become the instrumental of “Get To You” started out as a 4-bar loop of piano chords that Denton sent me over email (they’re still the main chords you hear in the track today). Something about them instantly gave me this sort of nostalgic, ‘summertime’ but also sad feeling, so I wrote a bassline that I felt was evocative of some of my favorite dance/pop records that sit in that space (think Gorgon City or Duke Dumont, for example). On the topline/vocal side, I was inspired by a mixture of the same aforementioned dance/pop records but also slightly more underground vocal deep house cuts like “Restless” from Hot Since 82 and Alex Mills, and even 90’s R&B and pop songs. So I kind of took from all of that and put it into my own delivery.

Listen: Denton, SOHMI “Get To You” – DVINE Sounds

When it came to collaborating with Denton, how did you two find the perfect flow that worked well for the track?

So working with Denton, aka Josh Butler, was a really smooth process because we had already worked on a record together before (‘Sunday Sunset’). Everything was done remotely, as both of those songs were created at the height of the pandemic when everyone was still in lockdown and no one could travel anywhere, and Josh and I just sort of sent drafts and notes back and forth to each other via email until we landed on a version that made us both say “this is the one”. Like I said though, it always felt very organic and smooth and I think it’s because we both have similar tastes when it comes to this music. Josh was one of the first producers whose music I really fell in love with, so I guess it kind of makes sense!

“It always felt very organic and smooth — I think it’s because we both have similar tastes when it comes to this music. Josh was one of the first producers whose music I really fell in love with, so I guess it kind of makes sense!”

Collaborating with other artists should be a seamless and comfortably experience.

Coachella was the first festival I ever attended, and the place where I was introduced to house and techno for the first time (I spent most of that Coachella inside the Yuma tent and most of every other Coachella after that one too). So to be able to come back this time and play on the Yuma stage… picture any hugely ‘full circle’ experience you’ve ever had in life, and this is exactly what that felt like.

As for advice for new artists who may be performing at big events like Coachella for the first time, I’d say don’t psych yourself out too much. Remember that no matter how large the stage may seem, how vast the space you are playing for, the equipment directly in front of you is probably no different than the equipment you’ve been playing on all this time. If you get scared or nervous, look down and remember you know how to do this; you know how to use that mixer. You know what to do. There’s nothing crazy different that you have to do to fill what may seem like a massively different space than you’ve ever played in before… the music coming out of the sound system will fill that space. Just do you.

Read Next: Lightning in a Bottle Announces Phase Two Line Up 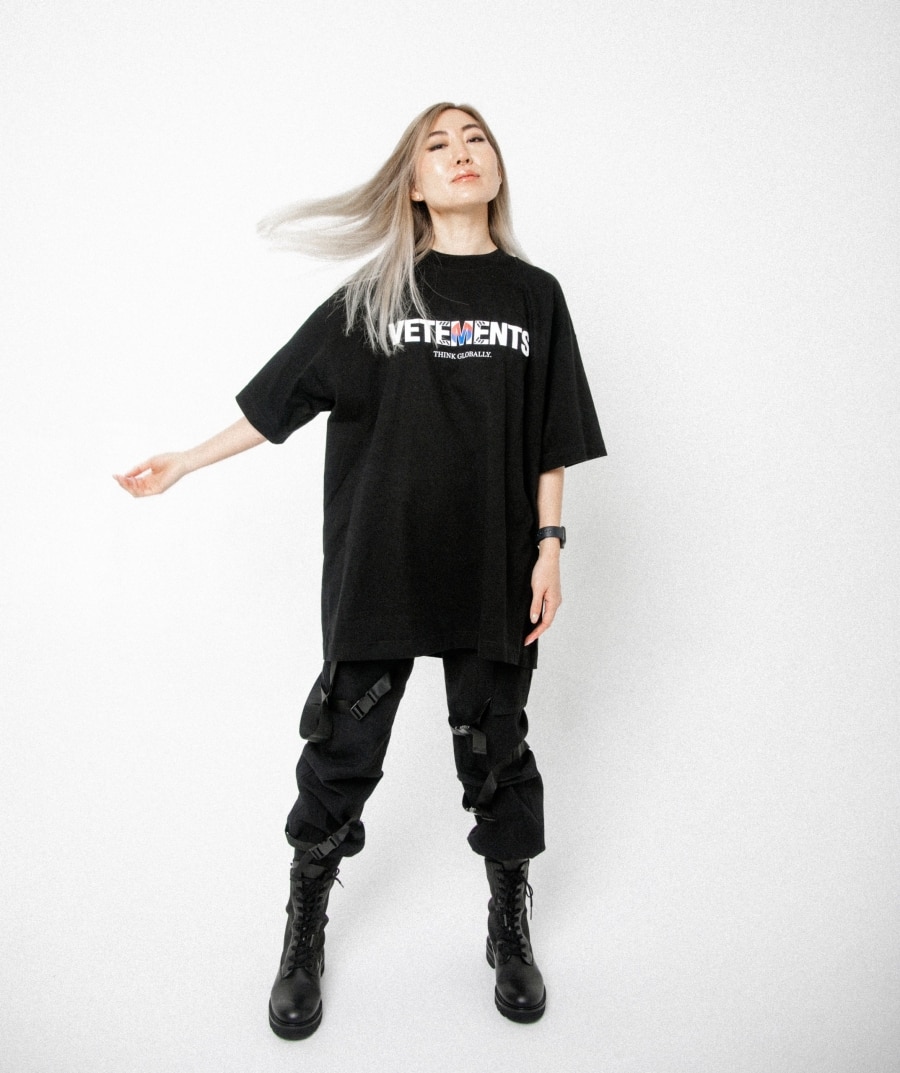 Tell us about your upcoming performances at Skyline, Lightning In a Bottle, Bonnaroo, and Electric Forest — what are you most excited about bringing to these events?

I’m still in a bit of disbelief that I get to perform at all these festivals coming up — every single one is a new one for me. I think one thing I’m really excited about actually is seeing what the audiences at each of these events resonate most with, musically. Every city, every party has a different energy because the people in it are different each time — so I’m really excited to see how the crowd at each of the upcoming performances will react to the music and to flow with their energy. Other than that, I’m excited about bringing my personal energy to each of these festivals and places.

“I think one thing I’m really excited about actually is seeing what the audiences at each of these events resonate most with, musically. Every city, every party has a different energy.”

The beauty behind going to every gig is the different energy that the crowds brings.

When I’m up there performing and having a good time, I get just as into the music as anyone else and I think people really feel that energy and feel comfortable to dance and smile and laugh as hard as they want because I’m dancing and smiling so much, too. I hope to bring genuine good vibes and happiness and a sense of connection to people because that’s what we’re all there for at the end of the day.

I’ve been hard at work on a new EP that I’m also excited to preview at some of these upcoming performances. It’s going to be my first 4-track EP and sonically, it’s going to be both quintessentially “SOHMI” but also a bit different than anything else I’ve put out so far and I can’t wait to finish it so I can share it with everyone soon. In some ways, it may be a bit of a creative ‘risk’, but I’ve never wanted to stay stagnant or do the same things forever so this EP feels like a natural next step in my evolution as an artist. More on that to come!