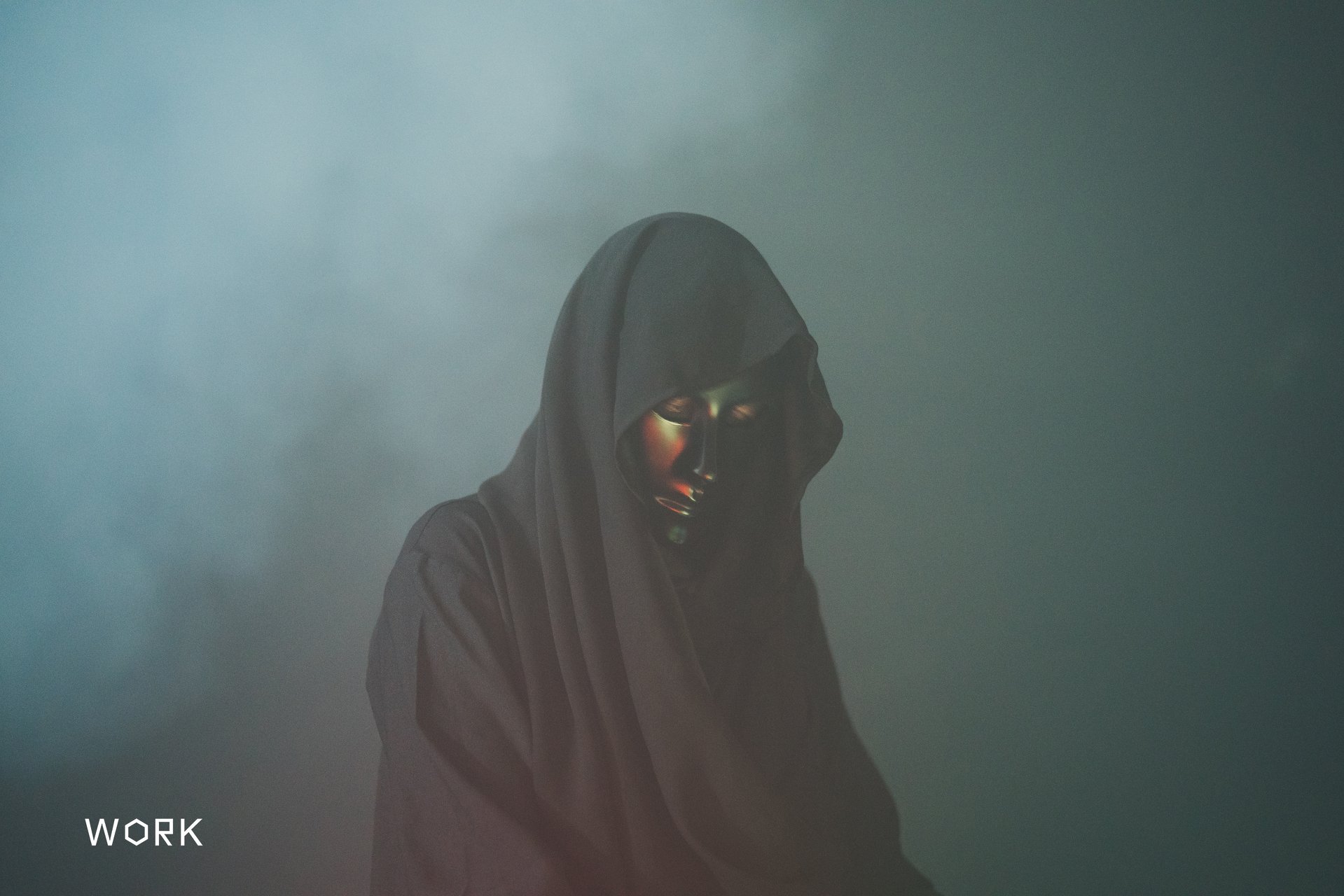 The emblematic techno figure that is SNTS delivers The Unfinished Fight Against Humanity as he returns from the studio with his third career album, following The Rustling Of The Leaves in 2015 and Losing Sight in 2016.

Ten tracks that are born from the combination of historical, mystical and current references, which lead to a reflection of how the human being can complicate its existence due to behaviour and the consequences that derive from such actions.

The dark, hard and energetic rhythms of the album narrate the coexistence of diverse human values throughout history, from peace to war, from love to hate, from empathy to ego.

Listen to the exclusive premiere of “Repressive Society” from this third SNTS album below:

In the words of the artist SNTS:

“The human being has been created to live in society, the problem arises when society fails to coexist or compete to survive”.

The anonymous artist SNTS has been a major player in the dark, gritty underworld of industrial techno for the past six years.He is well known in the world for diffusing his warehouse sound, both as performer as well as the head of two imprints; SNTS Records and Sacred Court Labels. After two EP series (Scenes and Chapters) released in his own label, EPs on Edit Select (Edit Select Records) and Horizontal Ground, 2015 saw the release of SNTS’ first album, The Rustling of the Leaves, an incredible well-crafted collection of seven tracks (plus an impressive Polar Inertia RMX), moving from dark ambient to monstrous techno floor killers.

Losing Sight, the second album from SNTS, was released in 2016 on his new imprint Sacred Court, and focused on more ritual and primal sounds with Neo-classical and Dark Ambient influences, becoming one of the undisputed highlights of the year, which was followed by other releases on Horo and SNTS Records.

A1- An Era Of Absurdity
A2- Bacchanalia
A3- Temporary Pleasure

B1- Defence Mechanisms
B2- Repressive Society

SNTS The Unfinished Fight Against Humanity album is out December 4th