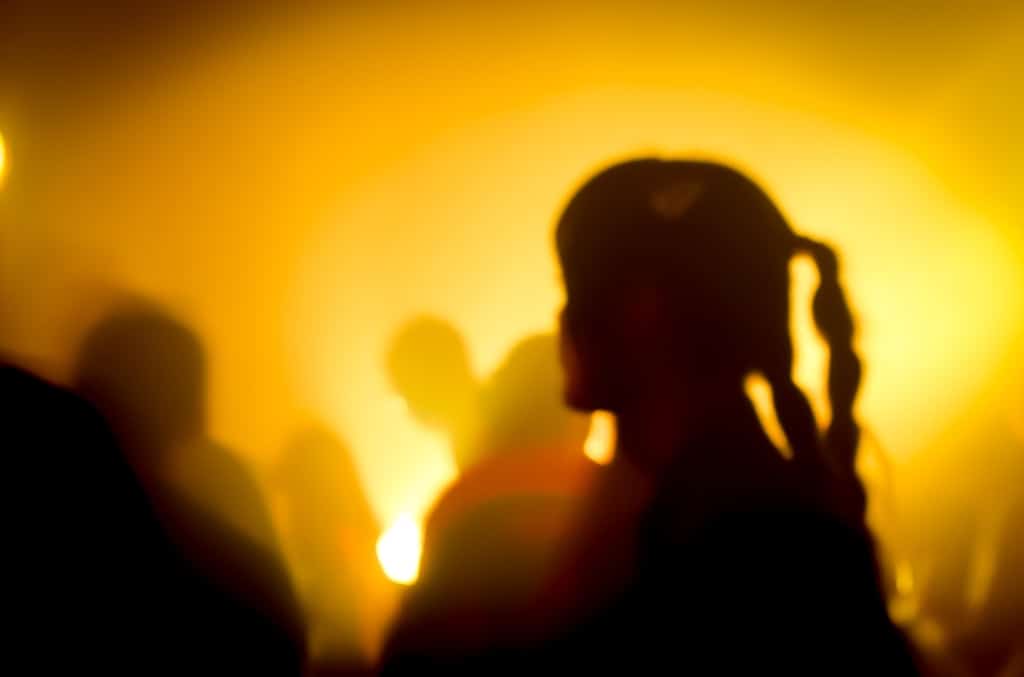 The East Coast is being introduced to another festival on the rise — Slingshot Festival. The event made headway for 5 days in May (May 8, 13-15) in Downtown Durham with quite a selection of DJs. If you’re a North Carolinian, or someone that lives on the East Coast with little to no electronic music events, then Slingshot probably caught your radar. With Slingshot also returning in October 2022, East Coast ravers in North Carolina will have something to look forward to as it stands as one of the few events that take the electronic music scene with serious dedication.

As it stands, the event is no doubt something that is much needed within the southern community of N.C. — diversity, inclusivity, change, and electronic cultural appreciation; this all makes Slingshot an unforgettable event that will catch the East Coast by storm.

I attended Slingshot the weekend of May 13th and it was my first time raver experience. As a North Carolinian myself, I can honestly say that Slingshot is more than a festival for the south… it’s a cultural shift. Of course, I don’t want to paint a skewed picture of North Carolina as being non-progressive, that simply isn’t true. The RDU (Raleigh, Durham) area (and honestly the rest of the state) definitely has a deep culture of appreciating the arts (e.g., many movies have been filmed in Wilmington) — I myself, even graduated from a Liberal Arts College. But the fact remains that art/music culture within N.C. still has many conservative undertones, and to have a festival such as Slingshot come in with such strong inclusivity, diversity, and change is kind of rare. And to see that many of the locals were immeshed within Slingshot’s vibrancy is an even better view to see, as many North Carolinians such as myself have a desire to see more inclusive, artistic changes within the area and the state.

Slingshot offered true convenience to not only being located right in the heart of Downtown Durham but also having many street parking options available as well. Whether you’re early pre-graming for a rave or looking to get some grub after leaving the venue, Slingshot was near 8+ restaurants within the area- one that was even within walking distance: Mexcalito Durham, a Mexican restaurant that was down the street from Slingshot. For all palates, restaurants that were nearby were J C’s Kitchen, Counter Culture Coffee, Bar Virgile, M Sushi, Dame’s Chicken & Waffles, Cucciolo Osteria, Alley Twenty Six, and many more.

Slingshot also offered the comfortability of having three nearby charging stations for those that drive electric cars.

Read Next: Going to Your First Warehouse Party? Here’s What You’ll Need to Know

In total there were four stages located within each of the four designated rooms. For four days (May 8, 13-15), each stage and room was met with a different lineup. The lineup at Slingshot consisted of an eclectic mix with acts such as Carl Craig, Andy Stott, Barker (Live), Earthereater, Mall Grab, Aurora Halal, Debit, Domii, Akimbo, Rose Kourts, and many others. You can find the full lineup with dates aligned here. 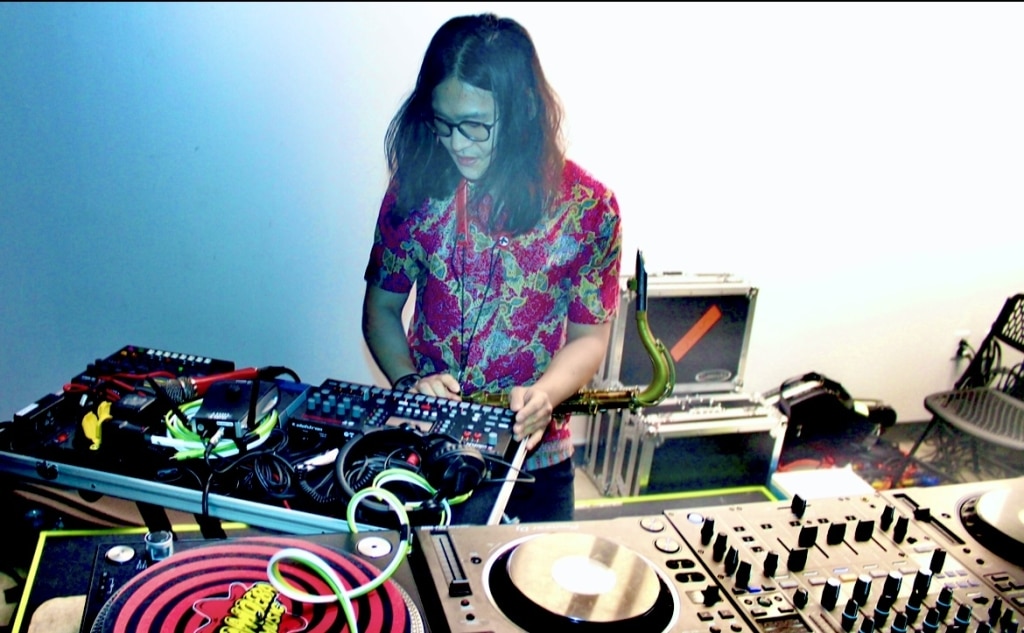 As someone who’s never attending a rave or seen any live DJ performance, seeing the acts on each stage and room was quite the positive overload. Whenever I’ve seen live performances, I’ve only seen them through the lens of television or computer screen, but to see how in close proximity these DJs were to the audience was a positive culture shock for me to experience. The DJs that I did see (for example in the ‘Warehouse Room’), it was amazing to see how they didn’t mind the closeness that audience members were displaying as they were playing their set. In this case, I can truly understand why the electronic music scene is such an intimate community, and that in itself is something that I look forward to North Carolina showcasing more of when it comes to electronic music events and festivals. 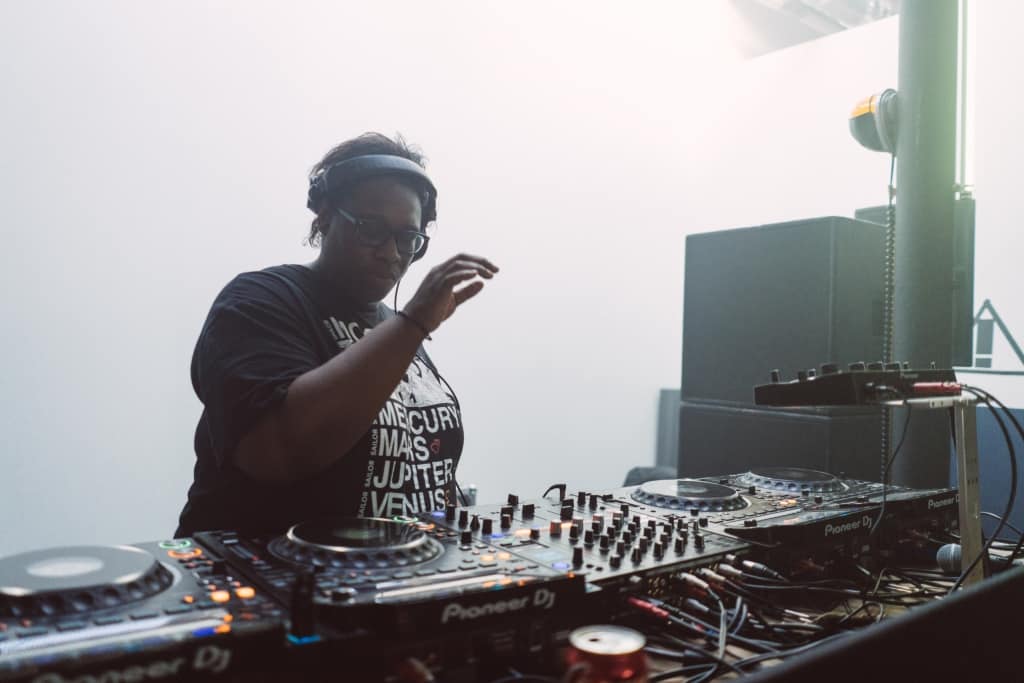 Out of This World Rooms…

Slingshot presented itself true to its name. There was always something about the venue that drew you in like a gravitational pull and then slinging you into the moment of atmospheric ambiance. The magic begins as soon you figure out that Slingshot is a labyrinth full of surprises. To say that one will feel like Alice in Wonderland is an understatement.

At the main entrance you’re met with the combined basement area for merch and a live performance below. The ‘Sometimes Room’ — a dark, fog-filled room with boisterous speakers that make the floor quake with bass and rhythm. 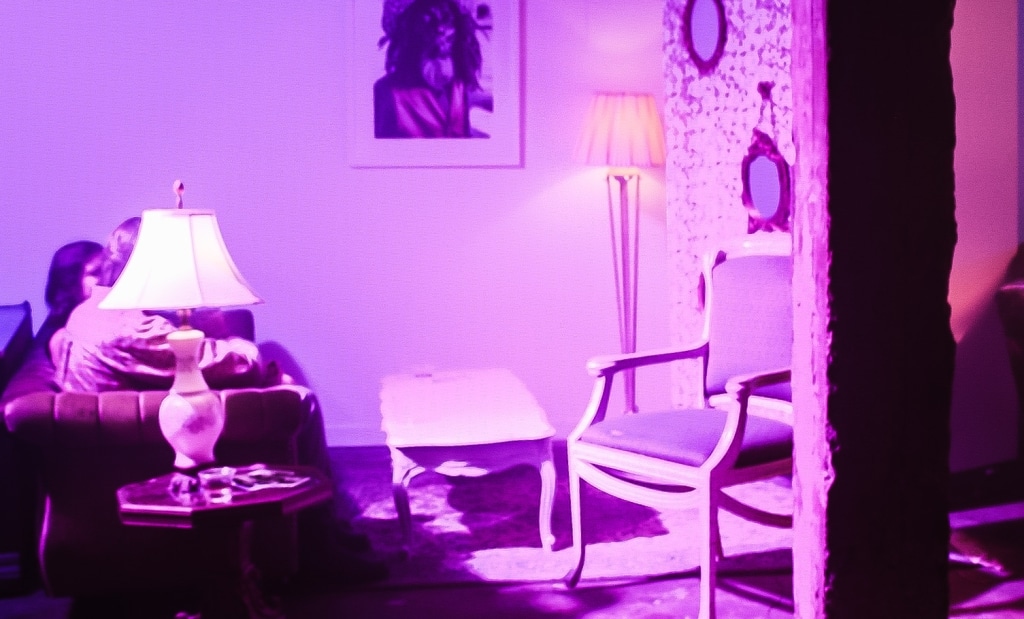 Through the psychedelic-brick alleyway, which Slingshot refers to as the ‘Fruit Deck’ and ‘Fruit Yard’, another entrance awaits. Here all of the colors and music collide into a dual, collective space, otherwise known as the ‘Warehouse Room’. The ‘Warehouse Room’ is filled with living room decor, versatile couches, lamps, portrait photos, comfy chairs, and an 80s TV that plays neverending static. Here, the space feels like home. But don’t be fooled by the home decor, the ‘Warehouse Room’ was also met with a wide stage and strong strobe lights beaming from every corner of every warm-hued color.

As most homes have a basement, Slingshot did well in making another space feel like a home within a home — the ‘Basement’ room was a more well intimate area that was a combination of the ‘Sometimes Room’ and the ‘Warehouse Room’ — the ‘Basement’ was similarly dark, but with much little fog and included not as strong color strobe hues. A well-lit bar sat in the back corner of this room creating a comfortable feeling of having a kitchen 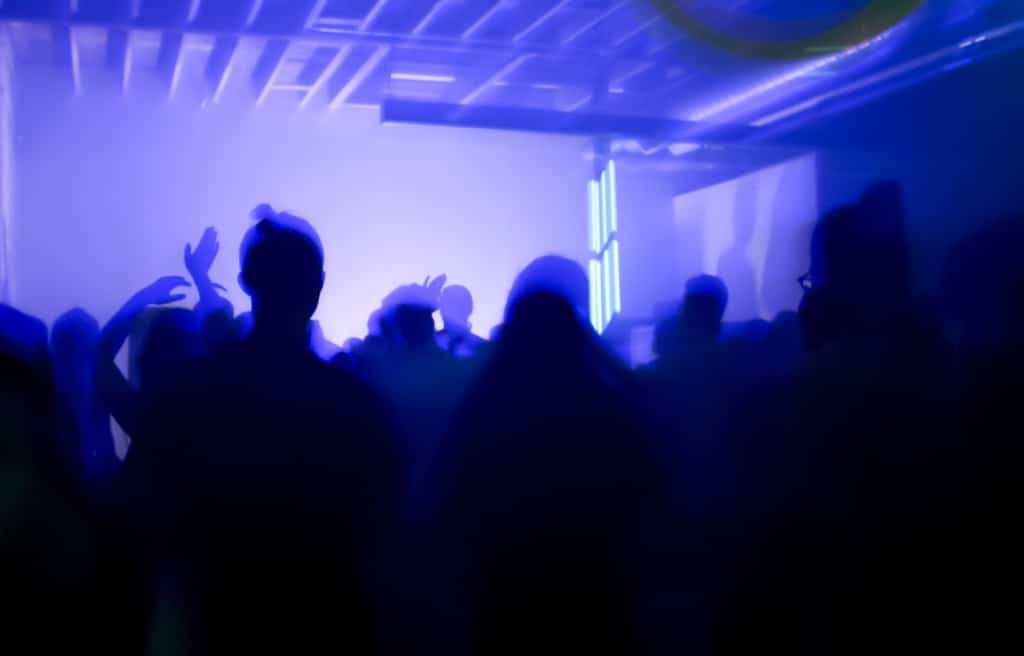 One more room within the festival was the ‘Forest Room’ — a room met with distinguishable double doors with a setting that certainly felt true to its name. Colors of green and blue shone through the large space that accompanied the theme quite well. A wide, uplifted stage and a DJ that is set at the forefront of the crowd enthralled the room with a groove mixes.

Four bars were situated within the venue offering many options. Even better, it’s great to see that the bartenders were having the time of their lives, especially with the attendees — a happy bartender is a happy drink.

For food, Slingshot had food trucks that were available on-site within the main rock-driveway entrance. The food trucks offered that perfect touch to enjoying a down-to-earth night out on a summer night. And one thing that food trucks will always have over restaurants is their price affordability – which Slingshot did great in incorporating.

Taking place within the Bible belt, Slingshot offered something to North Carolina and to the RDU (Raleigh/Durham) that is much needed within the area — electronic culture. As a southern state, there’s no doubt that the main genre of music that is popular is rock, country, bluegrass, jazz, blues, and funk — all of which are great styles of music, but a culture of “other” is brewing within the realms of North Carolina, a culture that is in need of being heard and shared.

As Nico, one of the promoters of Slingshot put it:

“One of our focal points for the festival has been lineup diversity and showing off how surprisingly cool this market is to people who are unfamiliar with the area. We booked a high percentage of female, non-binary, and POC artists at all tiers relative to what you see across the board, and it was frustratingly easy. Our hope is that other promoters will follow suit and that this becomes the norm (particularly in our [Durham] area).”

And it’s true. As a N.C. native, I can tell you there is an impending need to push not just one different style of music within the area, but to showcase that there is another world of music and a community within the electronic genre that is being underrepresented. 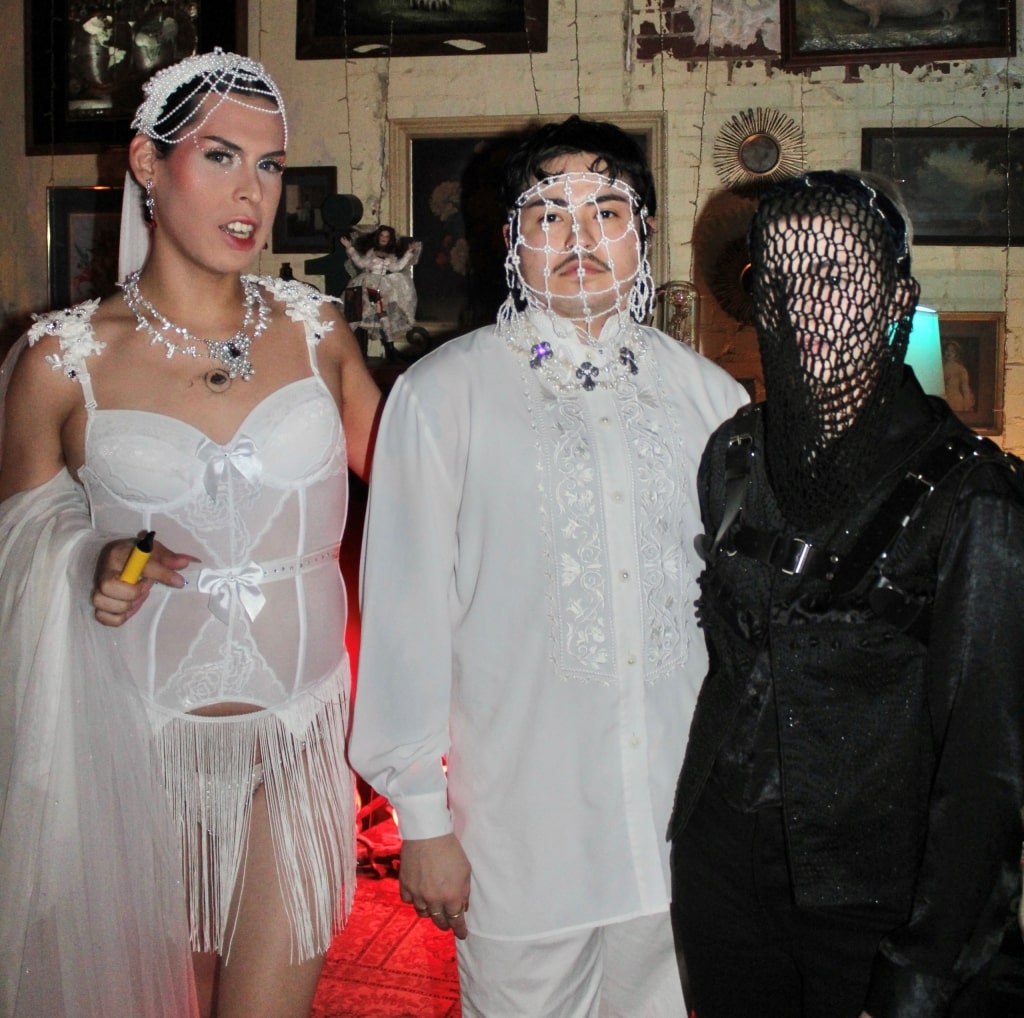 The southern states that have a consistent community within the culture of electronic music are Florida (e.g., Miami Music Week, Sunset, Ultra, Groove Cruise,…etc.), Atlanta (e.g., Imagine, Shaky Beats…etc.), Texas (e.g., Seismic…etc.) and others, and it’s definitely a breath of fresh air to see that North Carolina is bringing on a noteworthy electronica festival for the state.

Personally I will return to Slingshot in October (and honestly every year) due to the simple fact that it gave me what I needed as a first-time raver — safety, inclusion, beauty, and vibrancy. Not only did it check every box of convenience in regards to parking, location, and food, but it checked the box of everything a festival should be. And, interestingly enough, even though I wasn’t a promoter for this festival (or any festival for that matter) I could truly see the vision and well-thought-out hard work that went into making this event special. Overall, Slingshot can be best described as an event that has that “je ne sais quoi” so to speak — describing what it is doesn’t do the festival justice. I wholeheartedly believe that for one to understand Slingshot and why it’s a needed culture shock to North Carolina that they must go experience the festival for themselves.

Hopefully, more areas within N.C. will incorporate similar festivals like Slingshot, but until then, Slingshot will remain as the one within the Durham area. 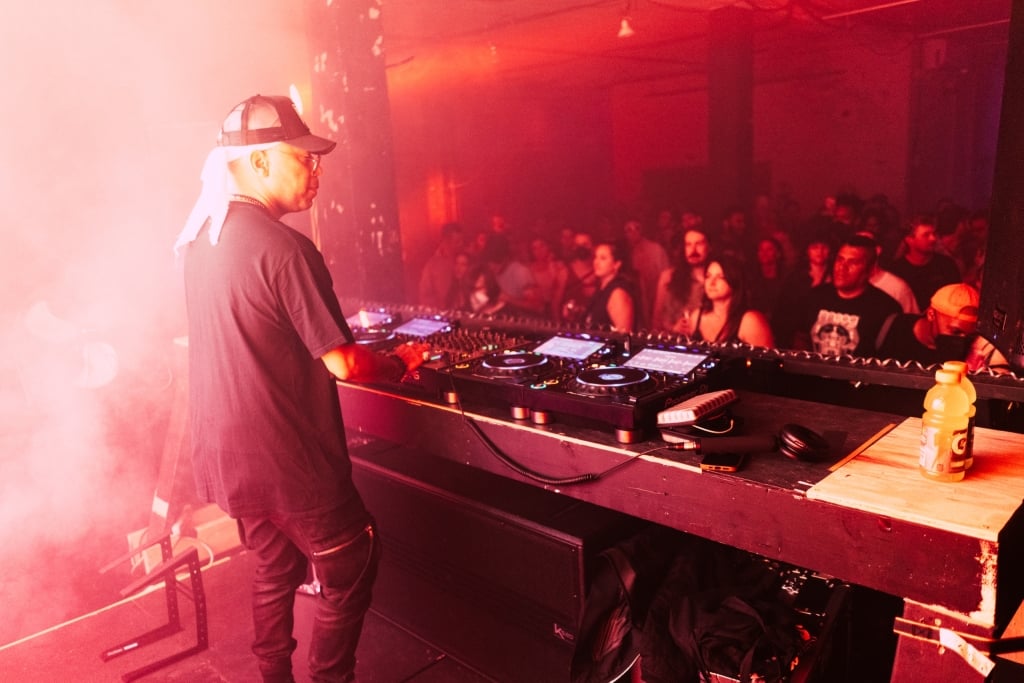 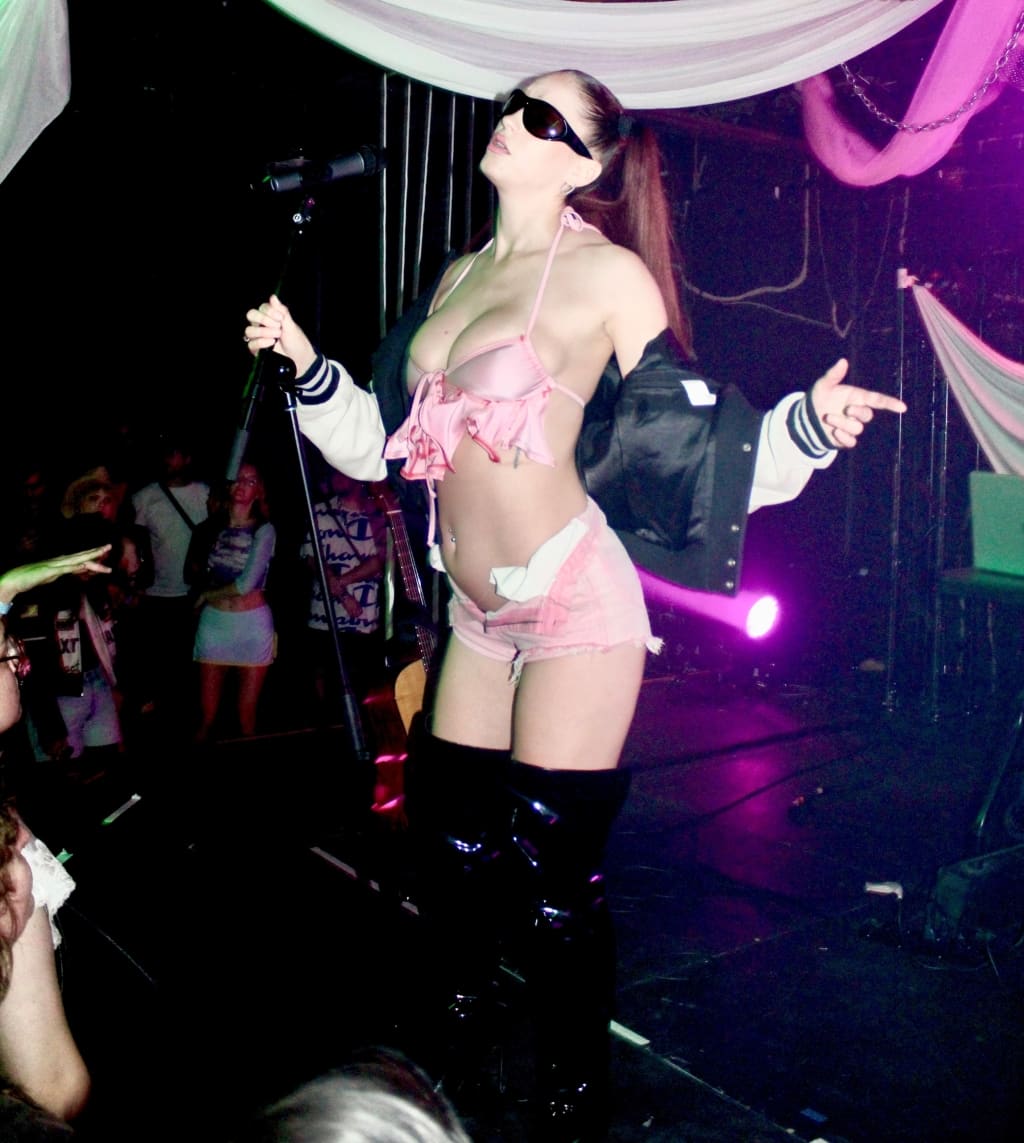 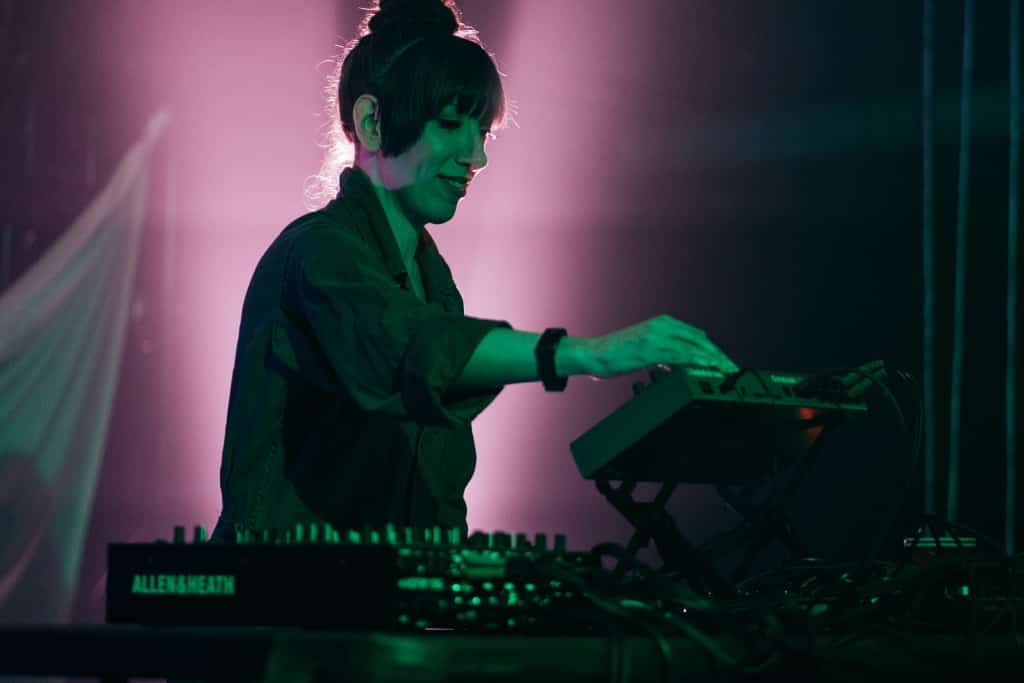 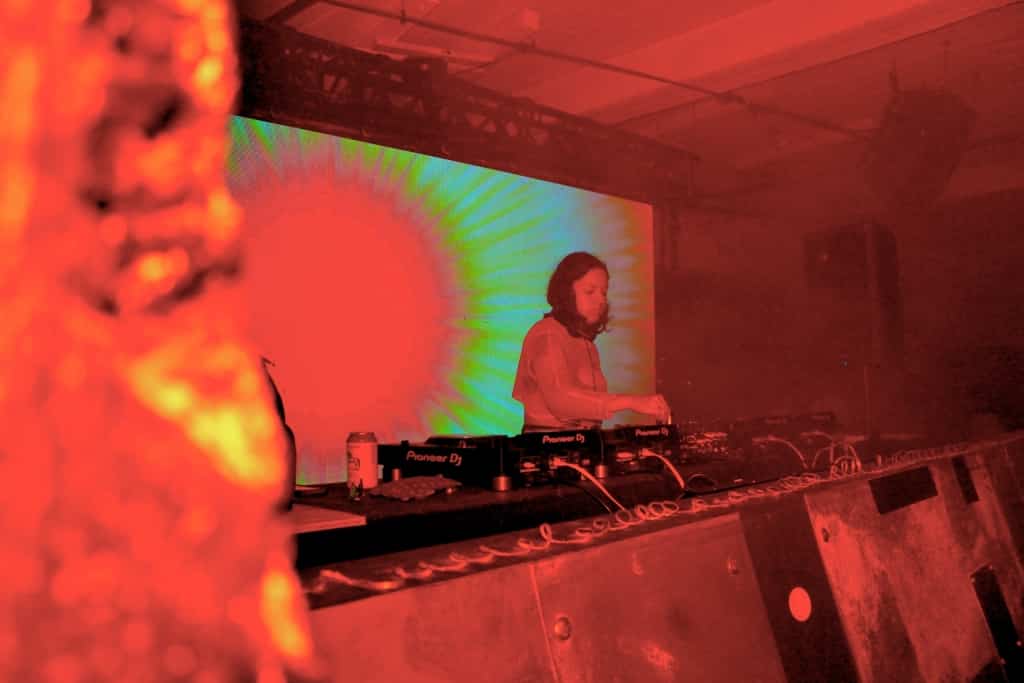 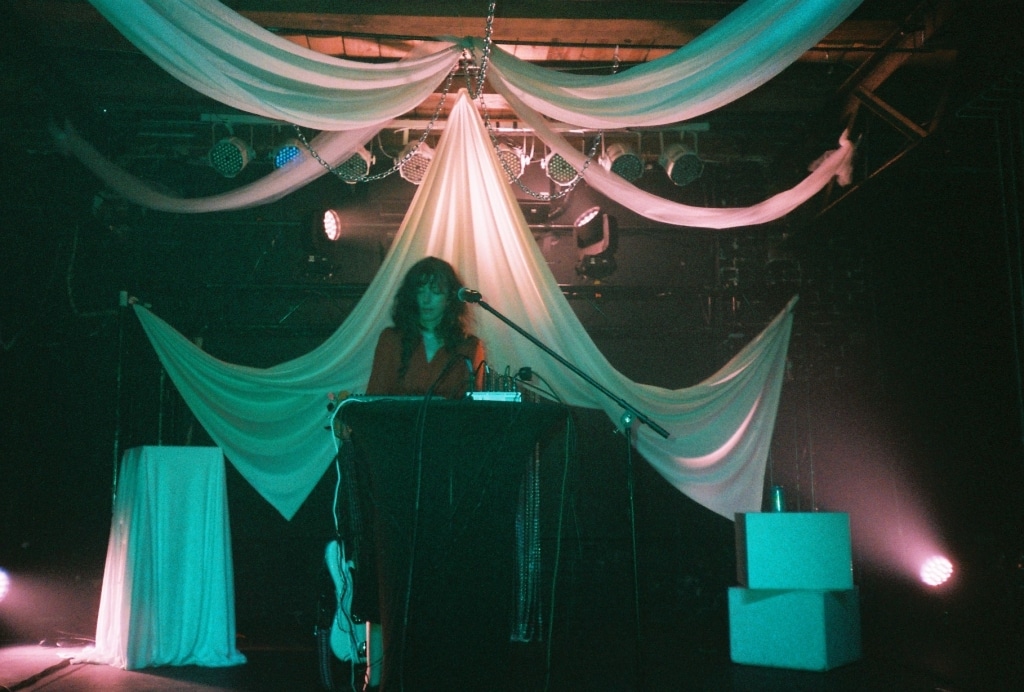 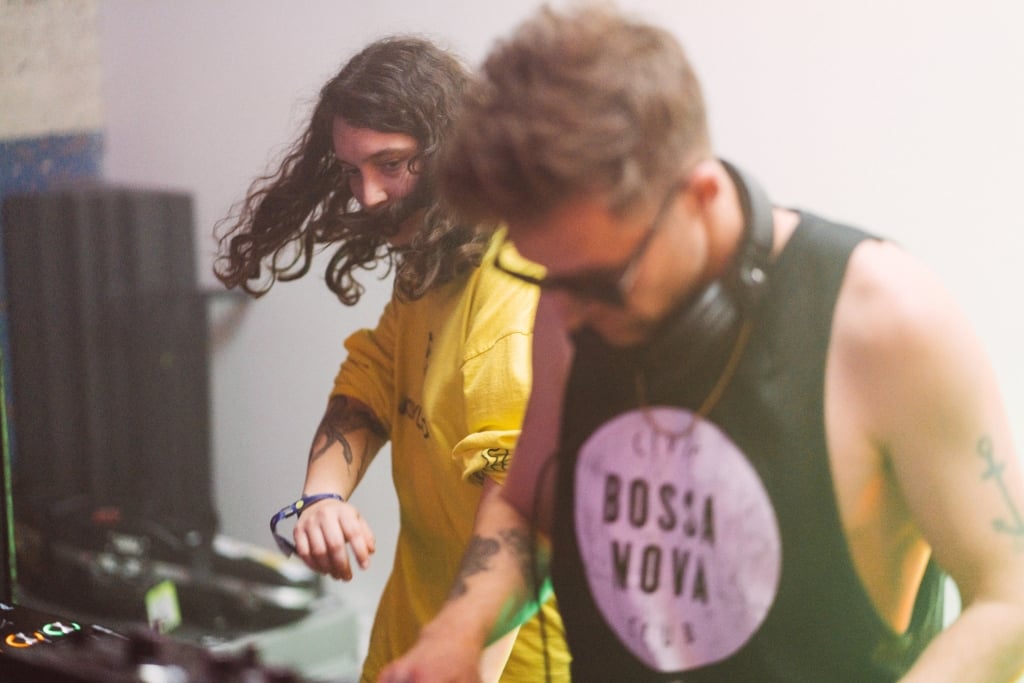 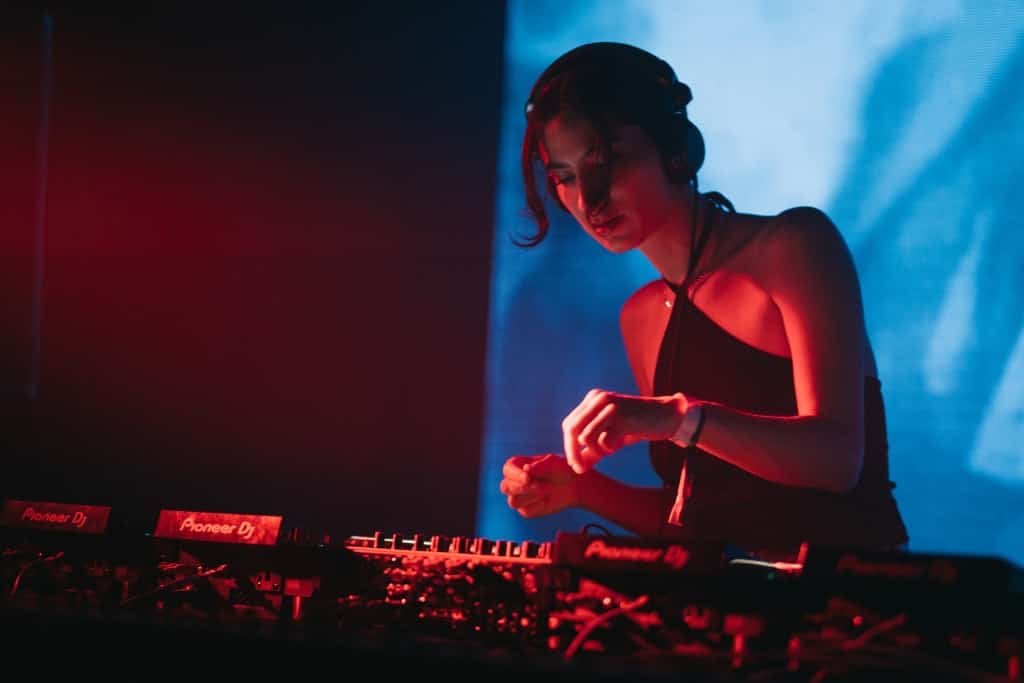 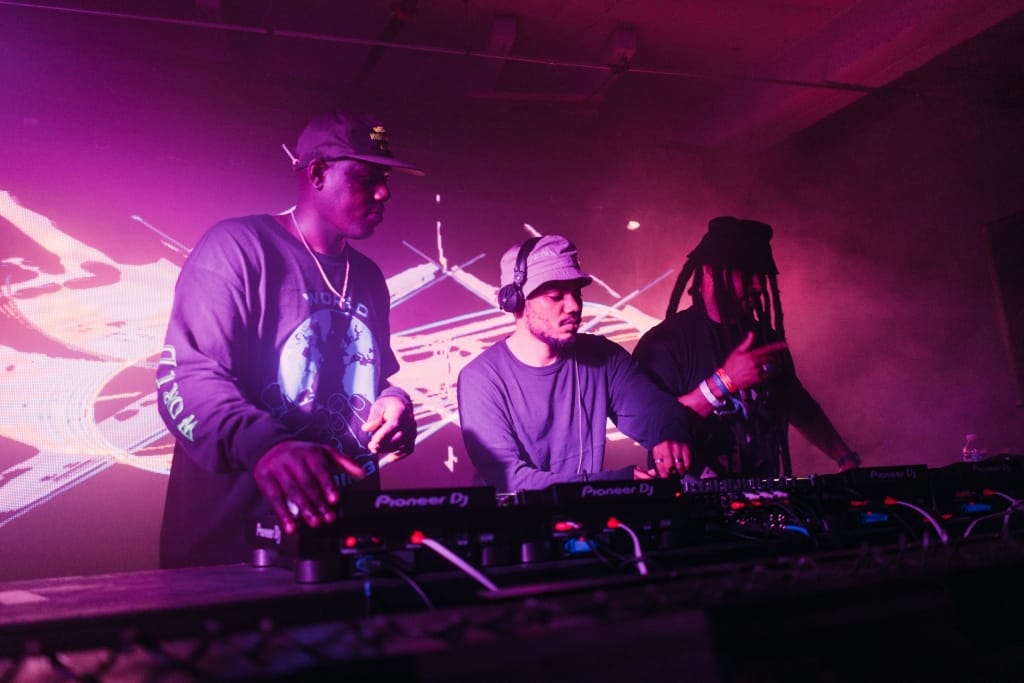 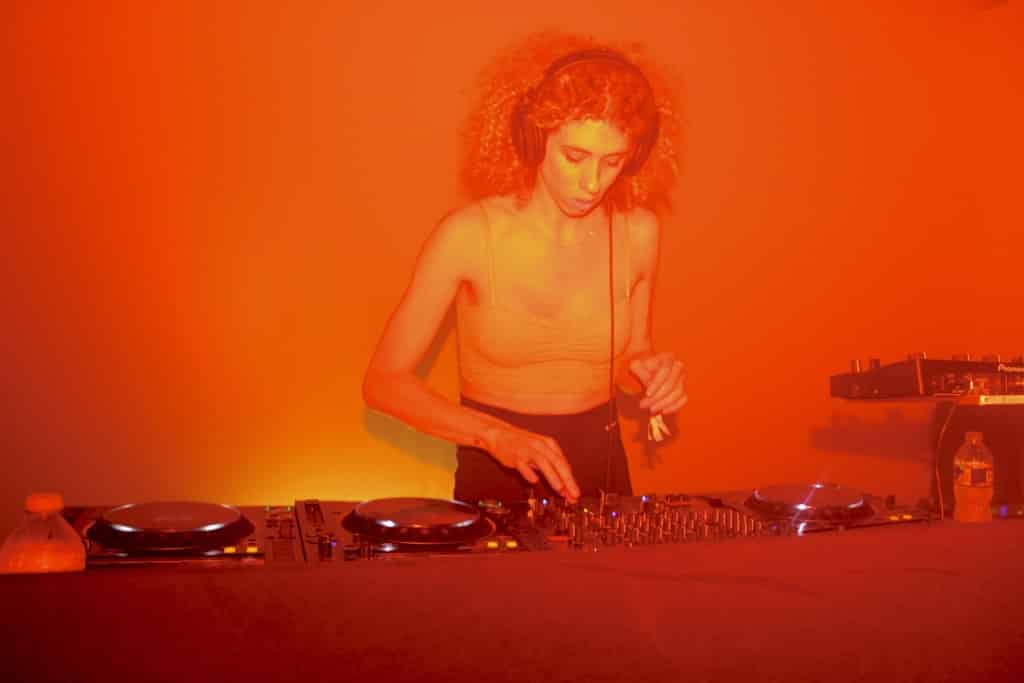 Read Next: Being a Rave Mom to My Real Mom