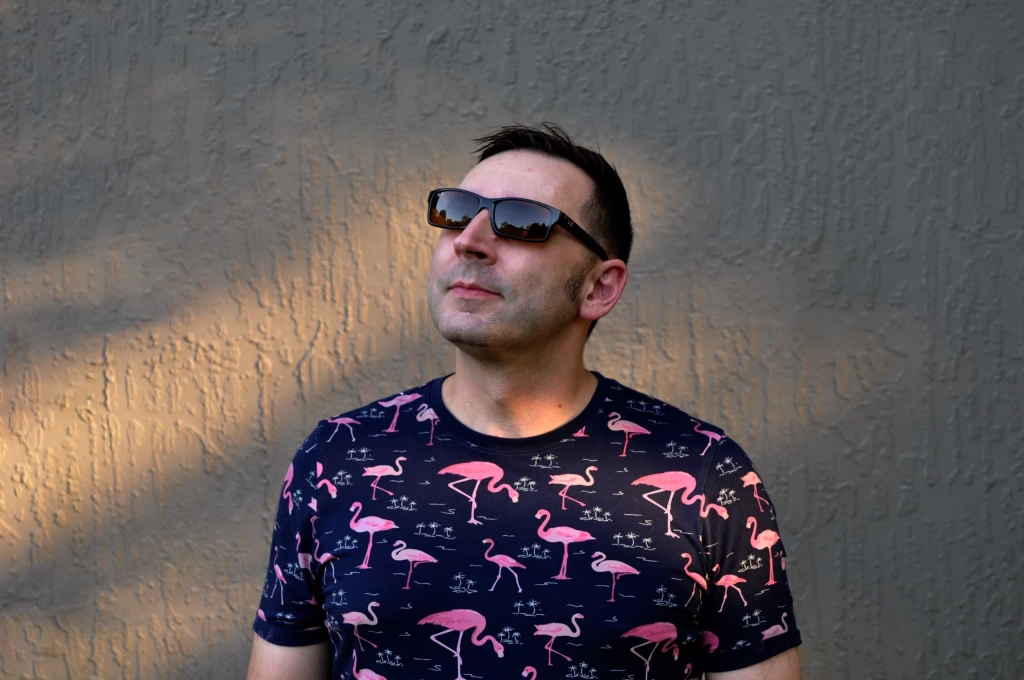 After being mentored by the late great Bill Hamel — the two-time Grammy nominee and founder of Fatum, Seth has gone on to work with some of the biggest names in dance music such as Rihanna, The Script, 69 Boyz, Korn, Bill Hamel, Trina, Under This, Quivver, Noel Sanger, Randy Seidman, Ido, Da Fresh, 2 Tall Keith, Oliver Harper, Avlish, and many more. Overall, his smooth laid back style of progressive house and breakbeat with keen attention to melodic detail has helped him to stand out in the ever-evolving world of electronic dance music.

Welcome to 6AM Seth, we’re glad to have you on and to get to know you and your music a little better. Tell us about yourself and what led you to the art of creating techno. Do you have any DJs that inspired you into what you’re doing currently?

Thank you so much for having me on.

My name is Seth Vogt, and I currently reside in the Orlando Florida area. I have been producing electronic dance music professionally since 1996. I grew up loving music and started violin lessons in Pennsylvania at a very young age. I was educated in violin, string bass, tuba, guitar, and choir vocals in my early years. During my high school career, I also studied the basics of live sound, songwriting, and was lucky enough to attend McDowell high school, which had a phenomenal music program.

Buy ‘Whatever After’ EP

After high school graduation, I moved to Orlando to study recording engineering at a school called Full Sail. This is also when I discovered and fell in love with progressive house music. At that time, the Orlando underground scene was at its peak. Every weekend, Club Firestone (now called Vanguard) hosted DJs such as Sasha, Carl Cox, Kimball Collins, Dave Cannalte, Nick Warren (Way Out West), and many others. Hearing these legends on a weekly basis, ended up being a huge inspiration for me when first being introduced to progressive house music.

Hybrid was also a huge part of inspiring me into what I currently produce musically. Their use of progressive breakbeat, progressive house, and orchestrations into one collective work was a game changer for me.

As far as DJs that inspire me currently: Jody Wisternoff has always been a huge inspiration for me, both now and back when I first heard “The Gift” by Way Out West. I have always appreciated how he pulls from elements of deep house, progressive breaks, and house. I have heard him DJ live countless times, and he never disappoints. Modd is also another DJ I recently can not get enough of. Modd’s sets & music productions incorporate sounds of nature and have such an amazing, organically unique vibe.

Let’s talk about your music history — you’ve been mentored by the late Bill Hamel, and have worked with both mainstream and underground artists such as Rihanna, 69 Boyz, Korn, Quivver, and PROFF. We’re sure that you have a unique story for each of these amazing artists you’ve worked with. How has working with these artists shaped not only your music but your inner self into who you are today?

First off, I have to say that I feel very blessed to have been able to work with so many talented artists over the years. I am honored to have many stories of my time working on projects for these artists.

“I have to say that I feel very blessed to have been able to work with so many talented artists over the years. I am honored to have many stories of my time working on projects for these artists.”

Working with a variety of talented artists is always a wortwhile opportunity.

Working with the 69 Boyz has been a magical experience from the beginning. Tracking vocals with an artist who can effortlessly rap at 128 bpm is something difficult to comprehend until you witness it in person. I also don’t think anyone can understand how amazing it is to hear these rhymes being laid down flawlessly in 1 to 3 takes, and then doubled to give the vocal a bigger sound. Thrill from the 69 Boyz has pushed me to understand how important the low end is in bass music. This understanding has carried over into making my house productions that much better.

Then of course my relationship & lessons while working with Bill Hamel have forever shaped my productions, and honestly still drive me to push myself harder with each project to this very day. I have the framed album & #1 Billboard chart from our Rihanna remix on the wall of my studio. This was previously on the wall of Bill’s studio, and is forever a constant reminder to ask myself “WWBS” (What would Bill Say).

Read Next: State of Flow With Atroxx

Speaking of artistry and music, you have your Whatever After EP releasing on July 29. The EP has 12 tracks, and from hearing snippets from Beatport, this EP is definitely befitting for letting loose in the summer season. How did you find the right sound for the entire EP?

Noel Sanger originally approached me about doing a full artist album for Dissident two years ago. We discussed using a few of my past Dissident releases and then adding a few new tracks in order to put together a full piece of work. Around that time, I had quite a few artists reach out to me for vocals after the success of my song “Walls”.

Once I started writing new tracks and recording vocals for these artists, I realized I had more than enough new material to put together a full artist album without bringing previous Dissident releases into the mix. I have always enjoyed artist albums that flow together in a nonstop mix. So, I kept the idea of a sonic jigsaw puzzle in my mind with every solo track I worked on. I am very happy with how everything came together.

“I have always enjoyed artist albums that flow together in a nonstop mix. So, I kept the idea of a sonic jigsaw puzzle in my mind with every solo track I worked on.”

Seth’s method of piecing and puzzeling sounds together was key for making his Whatever After EP.

Read Next: 6AM Guest Mix: GiGi

On Beatport, your release from Forensic Recordings charted #2 on Beatport’s Progressive House chart, and your remix of Noel Sanger’s A.F.F.T.E.R. also joined the top ten as well. Congrats, and you’ve definitely earned those placements on Beatport. What is it about these two songs that you think really resonated with listeners for them to chart so well?

Thank you. I feel honored to have had the opportunity to collaborate with Oliver Harper and The Stupid Experts on “Voices”. Those guys are on a whole other level and I feel my vocals along with their keen sense of what properly works on a dance floor were key in the success of that release.

As far as my remix of Noel Sanger’s A.F.F.T.E.R.: I always felt the horn melody really carried the original, which gave the song a very unique and memorable vibe. I knew keeping the focus on that melody would be the key to making my remix something special. Once I put the MIDI from the horn part into “Swarm” (which is one of my favorite orchestral plug-ins from Spitfire) the remix took on its own vibe and almost felt like it wrote itself. I had an absolute blast working on that remix.

From hearing the snippets to your upcoming EP Whatever After, and you charting twice in Beatport’s Progressive House chart, you definitely have a knack for creating sounds that are genuine and harmonious. Can you walk us through your workflow routine on how you stay focused and balanced when you’re in the studio?

For all projects, I begin by working on drums. I always pull new drum samples and start to put a percussion groove together. Once I get a solid groove happening with my drums, I start to bring in the melodic elements (pads, and synth riffs). These elements always need to play off and echo what I hear the drum groove speaking to me. That may sound odd, but every part is asking a question, and other parts are answering that question. I actually heard Hans Zimmer recently mention this in an interview, which made me feel a little less crazy. Lol.

I begin by working on drums. I always pull new drum samples and start to put a percussion groove together. Once I get a solid groove happening with my drums, I start to bring in the melodic elements (pads, and synth riffs). These elements always need to play off and echo what I hear the drum groove speaking to me. I actually heard Hans Zimmer recently mention this in an interview, which made me feel a little less crazy. Lol.

For any artist, finding the perfect foundation that works during the creative process is imperative for production.

Once my drums and synth parts start to feel as if they are vibing together properly, I then work on writing a baseline to lock everything into place with chord structure.

Once the track plays 7 times without me making an adjustment, it is time to send it over to Hacienda Mastering for their magical final touch.

That is pretty much my workflow in a nutshell.

Read Next: Atish’s Top 10 Whirlwind Tracks for the Elements Festival

Any upcoming projects we can expect from you?

There are quite a few upcoming projects in the cue:

I am always in the studio working on new ideas.

Thank you again for taking the time out to speak with me.