Serge Santiago Shares”My Past and My Future” Playlists 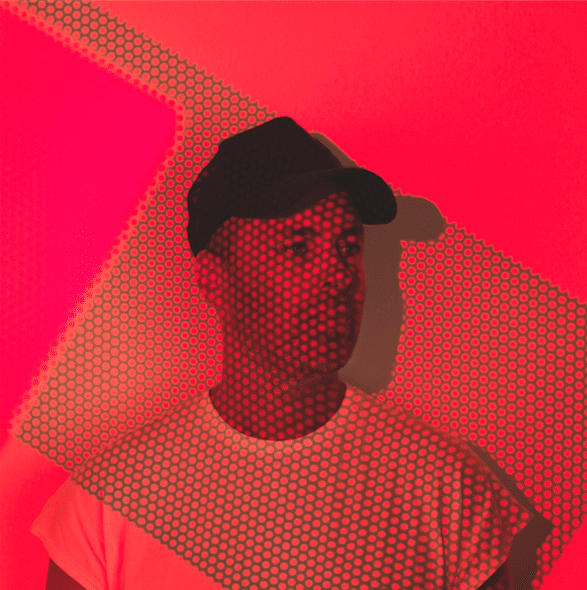 Serge Santiago Shares”My Past and My Future” Playlists

If Serge Santiago isn’t a name you recognise straight off the bat, we guarantee you’ll know his work – whether that’s as one half of Waze & Odyssey, or through other projects he’s been involved in over the years like Radio Slave.

One of the UK’s most prolific producers, Serge is back with big plans and a stack of new music to share, but to warm things up is a re-release of his 2005 house classic ‘Atto D’Amore’ – complete with remixes from Detlef and Sophie Lloyd.

Read on and turn up to get down:

There are so many Italo records out there, some amazing and some awful, horrible euro pop vibe. This one is amazing and can fit into a load of house sets still, even now (at a push). It’s where I got my love for arpeggiation from, old synths and 80s underground music. My mum says the 80s were shit. No way! Some of the best music came from the 80s. my mum was just hitting the wrong clubs!

Tata Vaga – Get It Up For Love

Armand Van Helden sampled this (4:20) for his remix of Da Funk by Daft Punk and it blew me away just how good it was, something I wouldn’t have noticed if I had got my hands on it first. Steve Mac told me a story that Armand used write his tracks/remix, mix them down that day and then delete the file! Two fingers to the A&R guy, didn’t give a shit.. Balls of steal!

Pamala Stanley – Coming Out Of Hiding

Right, holy shit, so this is where my love for 80s pop came in. I always wanted it to come from the dance floor perspective, like it’s from a film. This is bigger than most of the perms at the time. Massive Synths, key changes, guitar solos. It’s got everything! Just another note to how wrong my mum was!

This changed my outline on how editing records was done. Originally a Lil’ Louis track, Diesel from X-Press 2 absolutely nailed this edit… Mixing a couple of Lil’ Louis tracks together, cutting them down, making a more cohesive arrangement, and giving it an energy like no other. I’ve had so many DJs ask what this was in my sets – I kept it quiet for years. Cat’s out the bag now!

This taught me how good a remix can be; and what a remix it is. How King Britt got that vocal hook so good amazes me, and from an RnB record like that too… It’s the reason he blew up. Still one of the greatest remixes out there. I got the parts for this a couple years ago, listened to the parts and still couldn’t believe what he did… Total magic!

What to expect from a Serge Santiago set today:

If I had a choice, I would’ve done this first. I’ve been looking at the vocal for years but did nothing about it. Amazing version from Roberto Surace, to be fair mine wouldn’t have been as good as this, he has totally nailed it here!

Party tune. Crowd lifter, whatever you want to call it – it’s huge. Played this to 8000 kids in Cork, Ireland and the tent nearly fell down. Classic sample but totally works. Great pace about the track too. Just GOESSS!

One word here… Solid! Ben is a great producer and it shows here. Funky fresh all day long. This track just lets a party ride. Brilliant mood about it.

You won’t hear too many acid house records like this. The piano line is so raw and the off hats and whatever that acid line is, I don’t know, but it works. This track is up there with the best around. Just holding the bass till the right time letting it breath and popping you back into the track again. It’s mint!

7pm tonight UK time my set from @terminalvfest is being streamed on my fb page by @mixmag! Terminal V was literally one of the very best gigs of my life! Buzzing mixmag filmed it on Saturday! ???? I went to uni in Edinburgh, so it was unreal to come back and close out this arena to that many people! They had to stop letting people in haha. Whilst I was at uni I got to know the promotors because I used to try blag sets with them at their pre parties and even hosted a couple of their after parties in my student flat! That’s actually where I first met @jamiejonesmusic! He had played for them in a club and they brought him back to mine, although we didn’t even speak, as I was in awe too much of him to try and crack on ???? So the day just felt full circle, even more so because 13 years ago I put on a mini bus from Newcastle to that venue for me and my mates to see Tiesto! And a few of those mates came to this too, so it was such such a mint experience! ???? ???????????????????????????? There’s a few news ones of my mine this is too! 33.15 – Snide 45.53 Let Wa Gan 1.02.52 – Real Dungeon Freak feat @daddy_dinousnyc These are all coming on @tricklabel this summer ⚡️⚡️⚡️ This track playing is @sergesantiago

OK, hard to write about your own track with sounding like a total douchebag. Long intro with a vocal that builds to a release that kinda melts crowds. When you think it’s done, it half speeds, halves again then kicks in on half speed but is all in time like ya mama slapped you in the face. Yeah, its… err pretty *wink wink* Krayzee!