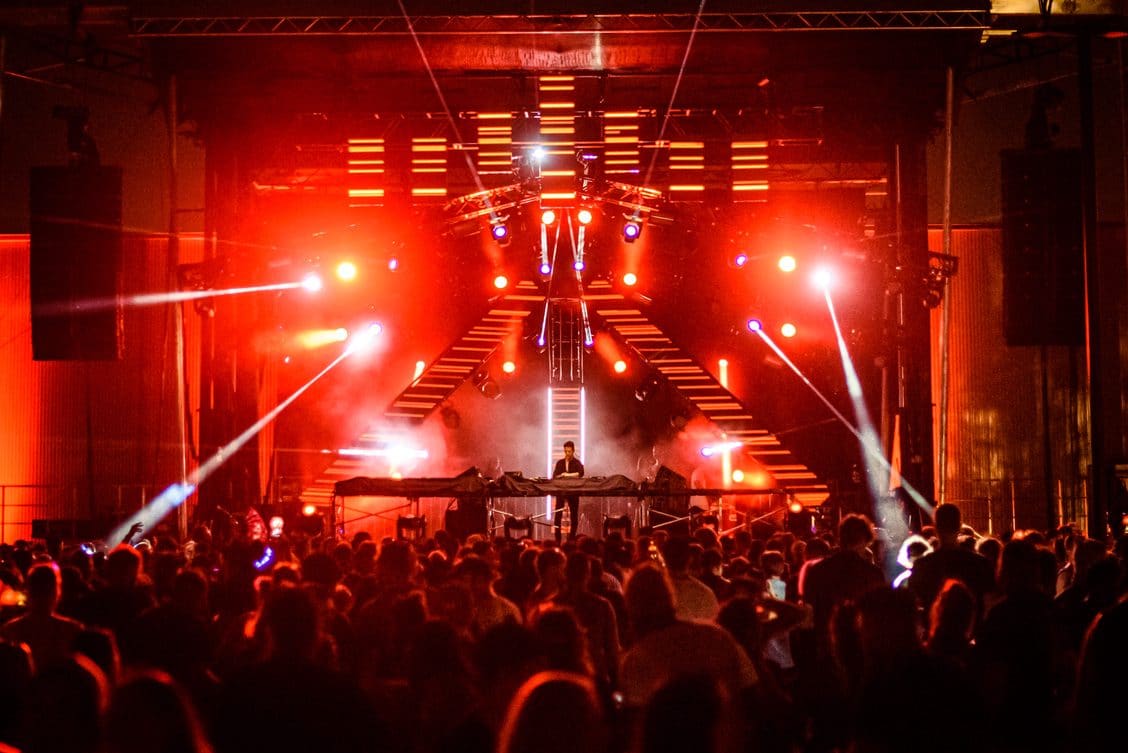 The South is having its techno moment. Seismic Dance Event, the newest boutique house and music techno festival which debuted in Austin, Texas in 2018 is returning for its second event this year on November 12 – 14, 2021. Seismic Dance Event 4.0 boasts a stellar lineup of international house and techno talent.

Dropping an additional batch of artists to a lineup that now includes over fifty names that define the sounds of the global dance music scene, Seismic continues its legacy as a must-visit event for techno tourists and genre devotées with the Seismic Dance Event 4.0 lineup while also releasing the day-by-day artist schedule for the festival. 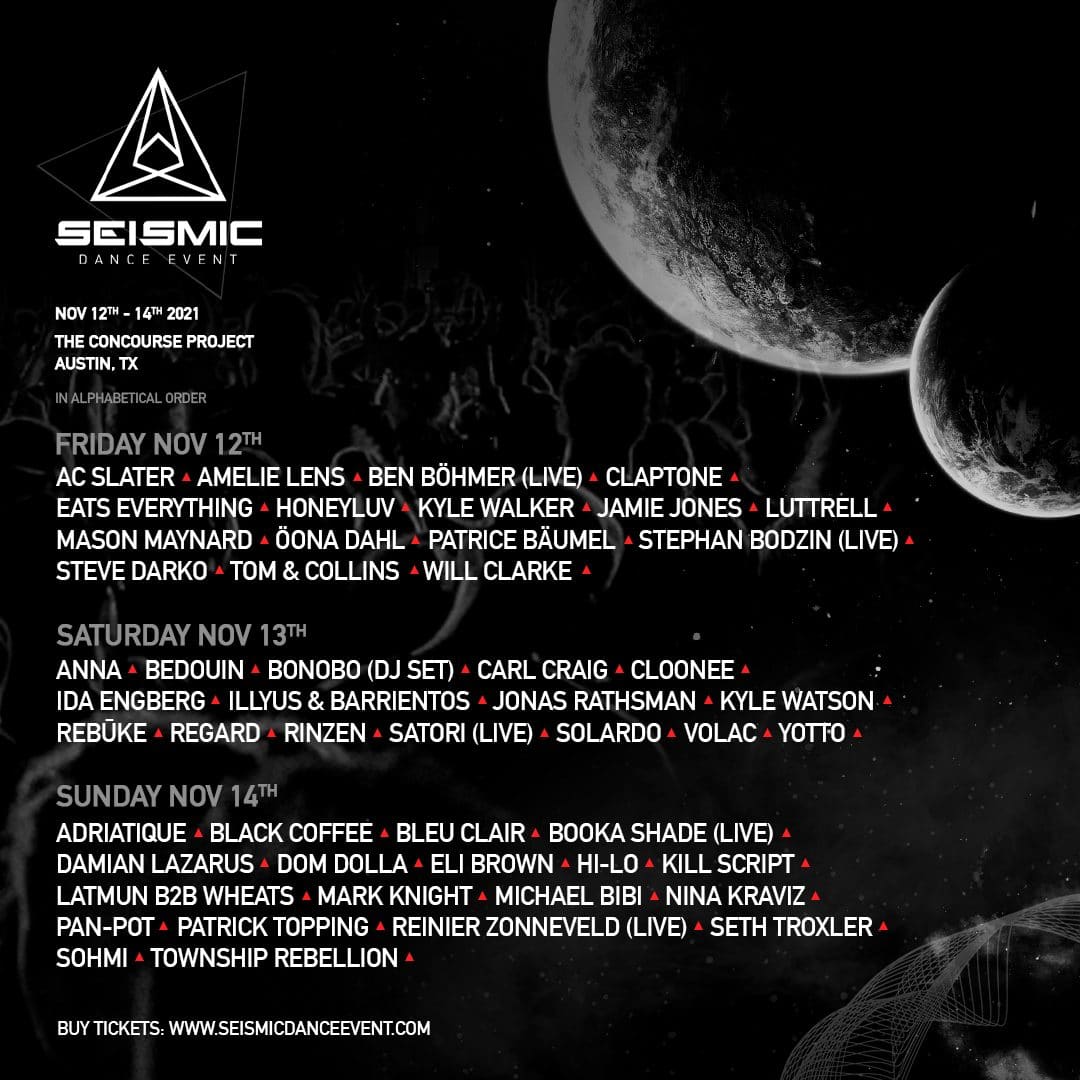 Since its launch in 2018, Seismic has sought to gather a forward-thinking assemblage of musical talent in an intimate environment to join the leagues of house and techno-focused events in North America, joining the ranks of other events such as Movement and CRSSD. Produced by Austin-based RealMusic Events, the festival prides itself on showcasing the city as a rising destination for dance music. Taking place at The Concourse Project, a new seven-acre venue run by the RealMusic Events team, fans will be treated to world-class production on three stages both indoor and outdoor plus art installations, food trucks, and a multitude of surprises that make this the region’s most immersive electronic event to date.

Moving towards the stage lineup highlights, Seismic’s renowned Volcano Stage welcomes some of global techno’s brightest powerhouses including Nina Kraviz, Amelie Lens, ANNA, Pan-Pot, Will Clarke, and Ida Engberg. The genre’s melodic titans will also be on full display with coveted live sets from Stephan Bodzin as well as sets from. The popular label Anjunadeep will also be well-represented with its stars Yotto, Luttrell, and a live performance by Ben Böhmer. Patrice Bäumel, Öona Dahl, Adriatique, Township Rebellion, Jonas Rathsman, and Rinzen are also set to perform.

The bill continues with standout performances from the likes of Kyle Watson, Eats Everything, Booka Shade (live), Mark Knight, Mason Maynard, Steve Darko, Cloonee and more. A third immersive stage environment will be announced ahead of the show.

Tickets are now available for the event and can be purchased on the Seismic website. This includes 3-day general admission tickets, a VIP option, and single-day tickets. You better jump on it because weekend passes are almost sold out.