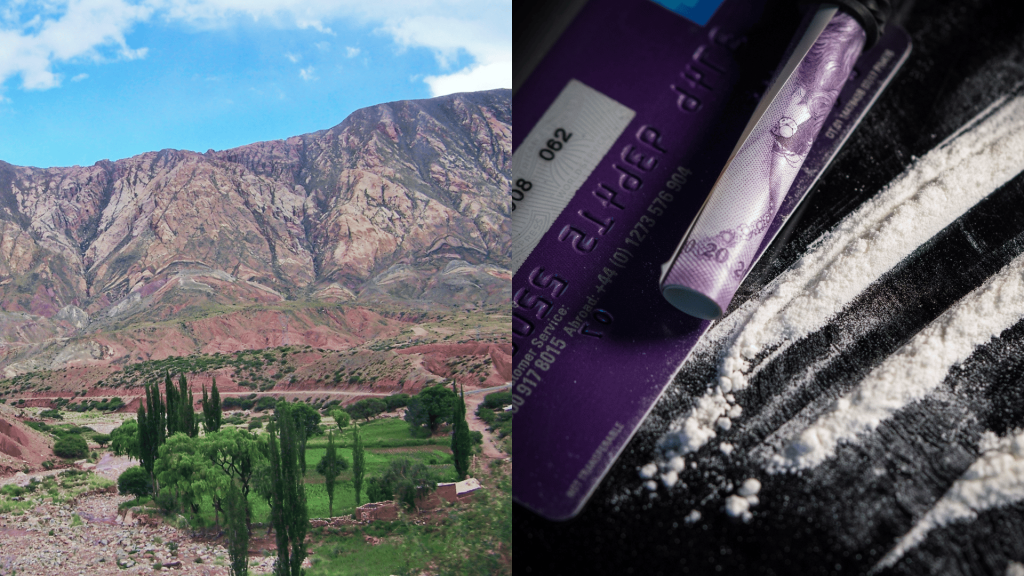 A secret cocaine bar, Route 36, is currently traveling around the mountains of Bolivia to stay out of sight of the authorities. People are traveling to the world’s highest city, La Paz in the Andes Mountains, battling altitude sickness just to find this hidden spot.

Cocaine is illegal in Bolivia, however, the coca plant is available to purchase for medicinal purposes and for cooking, making it the third largest producer of the plant after Columbia and Peru.

As seen below, coca leaves are grown and farmed locally in Bolivia.

Read Next: 500 KG Shipment of Cocaine Seized at Nespresso Factory

Read Next: Australian Capital Territory Decriminalizes Personal Use of MDMA, Cocaine and Heroin

Route 36 is said to have attracted thousands of people from far and wide, with those who have successfully found the bar claiming that the best way to find it is by asking a cab driver.

In 2019, Stylist reported: “The best spot to find a cabbie in the know is outside one of the city’s party hostels — Loki or Wild Rover are good bets — but it seems that most drivers in the city center will have an idea.”

Prices include a €5 (£4.30) entry fee with a gram of cocaine costing around €15 (£13). Meanwhile, the Australian Capital Territory (ACT), has decriminalized the personal possession of illicit drugs such as cocaine, MDMA, heroin, crystal meth, and amphetamines.

From October 2023 onwards, those caught with small amounts of the substances will instead be issued with cautions, fines, or be referred to a drug diversion program.