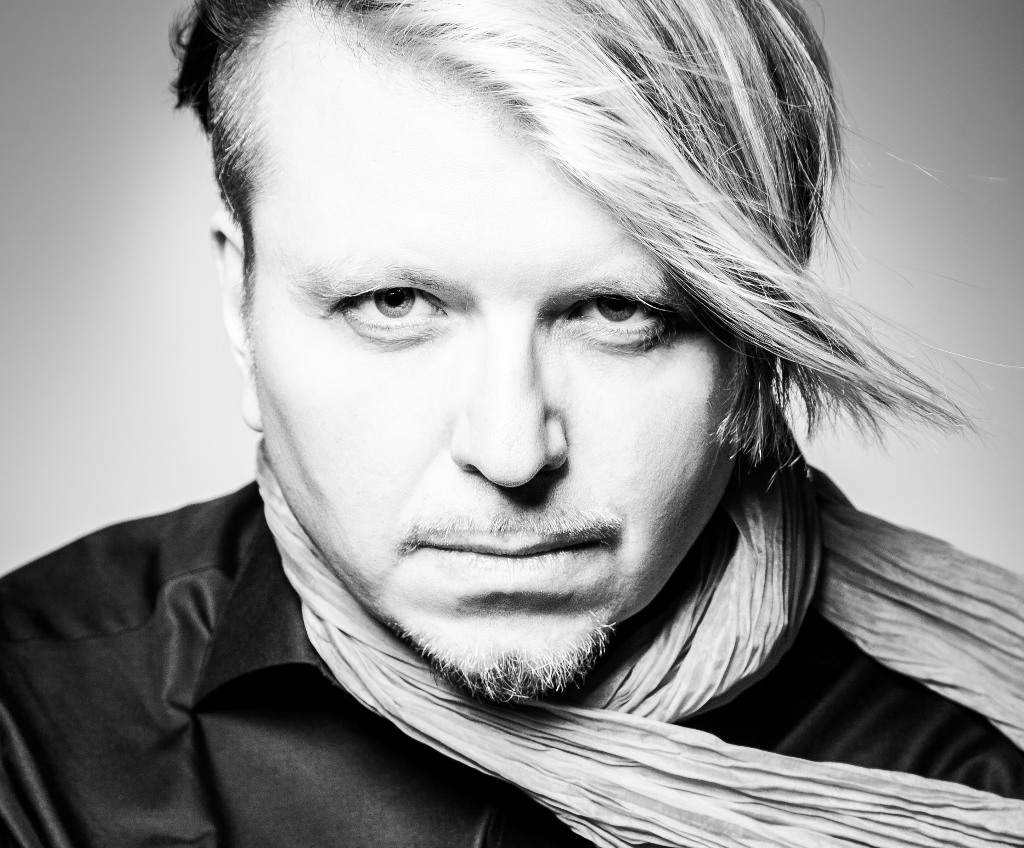 Imagine seeing sound and hearing color. Pretty wild, right? Those “superpowers,” or better known as synesthesia, have shaped Robert Babicz‘s music. People with synesthesia have a neurological condition in which information meant to stimulate one of your senses stimulates several of your senses. It could be “seeing” music as colors when hearing it or “tasting” textures like “round” or “pointy” when eating food. Translating his rare gift of synaesthesia, his ability to see music and hear color has helped Babicz create “happy accidents” for almost 30 years. The seasoned producer and live act, known for sporting a red scarf while performing, shares how he’s improvised his music to sculpt sounds that bring joy to others.

Born in Poland during the Cold War, a young Robert Babicz and his parents moved to Germany. His humble beginnings reflect the immigrant experience and chance for a better life. His mother was a housekeeper and his father a street builder, and while they had jobs he remembers struggling with poverty. “I’m coming from a family where there was no art. I had to fight for this because I was feeling this so much,” shares Babicz. From very early on, Babicz knew music was something worth fighting for because it was one of the things in life that gave him clarity. Growing up with synesthesia, he assumed everyone experienced the world the way he did. “I was super sad when I realized it’s just me,” explains Babicz. “I was kind of a dreamer. […] Music for me is a sculpture in time made out of frequencies. Electronic music is really beautiful.”

I was happy, [yet] poor but in a way super rich because I was really doing what my heart told me to do.

The Struggling Life of an Artist

Recognizing music’s special effect on him, Babicz summoned the courage to tell his parents about his career plans. “Mom, dad I will not go to university….I need to be an artist…My parents were not amused,” laughs Babicz. With no music background or knowledge and not much to his name, Babicz was committed to dedicating his life to create sound sculptures. His inner passion was growing despite his parents’ lack of support, “This whole concept was new for them. In the end, they even throw me out of the home,” says Babicz. 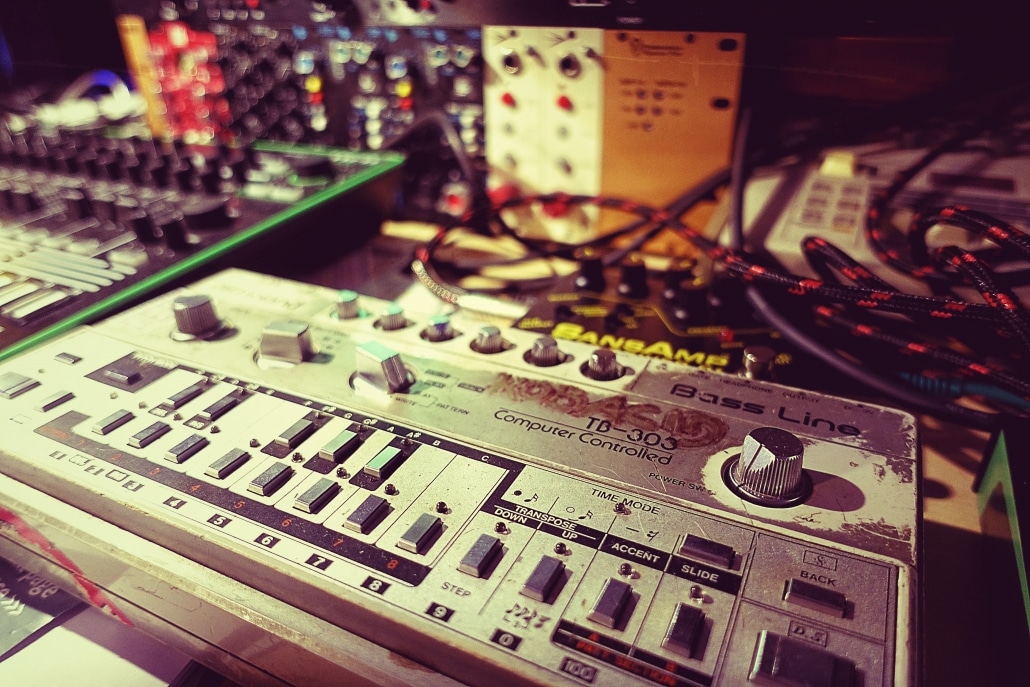 He goes onto describe that period of his life as one of the most rewarding ones despite not having much. “At the same time, somehow the Universe was taking care of me that I got enough for the first shows. I earned a little bit of money. I had a small room somewhere and a used mattress on the floor and nothing else; an empty room. The money that I earned I was able to buy electronic [little by little] music instruments. I was happy, [yet] poor but in a way super rich because I was really doing what my heart told me to do.” Following your passion is not always easy but resilience can definitely help you overcome challenges.

Babicz has always had a single goal: to feel the crowd, make people forget their problems, and experience pure joy on the dancefloor. “The people on the dance floor had a very big role in the decisions of my own releases,” explains Babicz. “It’s interesting they didn’t know how much power they have.” It’s the respect he has for his fans that influences not only his productions but his style on the dancefloor during and after his sets. “I’m quite known for being friendly, answering messages….I’m there as much as possible,” says Babicz. “For me, it was normal after a gig or something, people can take photos. I’m waiting until the last [person] is gone. [The fans] give me a chance to have this kind of life.”

I’m not playing the instruments. The people on the dance floor are playing me

Robert Babicz’s Music is for the People

His upcoming release “HERZ” (out August 7 via his label babiczstyle) is his latest way of saying thank you to his fans. “This track is so special that I made this 2015/2016. I was afraid to release it. People always ask ‘What is this?’–because the reaction was so strong I was afraid to release it,” explains Babicz. Seeing how the record was moving crowds and the fact he’s shared so many moments with his audience playing it he felt it was time. “It was touching people so much. I saw people crying of happiness. […] It works really well but it’s touching people a lot when you play it at the right moment.”

I do the best music when I’m not thinking. So, in the end I understood, okay maybe I’m just a medium, and if I let things happen and flow…maybe the Universe is doing music through me.

Robert Babicz Keeps His Ego in the Passenger Seat

Check Your Ego at the Door, Work Hard, Make Mistakes & Move On

While more established artists like Babicz have decades of experience under their belt, they aren’t immune to the effects of COVID-19. Babicz’s peers like Lee Burridge also share worries about their careers. There is no guarantee in life. Touring was Babicz’s main source of income, but he’s learned to pivot and find new meaning to current times. “It hit me quite hard as well. […] How can I survive at all? From 100 percent to zero one day to the next. The whole year got canceled,” says Babicz. “Somehow after a few weeks of inner chaos, I thought, ‘Wow, the universe is giving us a chance to rethink what is important and what do we want, what do we really want.”

I was able to survive because I started to share my knowledge and teach. This somehow really saved me. I didn’t have the pressure to make functional music.

Sustaining a Fruitful Career and Adapting During COVID-19

He recognizes growth can be uncomfortable, but it also brings opportunities. “A lot of people are really suffering but at the same time it’s a big chance to stop this typical circus…everything that was so normal, nobody questioned anything. It was it works like this and this. You have the big artists, the big festivals…and now everybody is the same. The big artist is screaming from home, the small guy is screaming from home. We’re all the same. It’s a big reset.”

6AM · 6AM In Interview: Robert Babicz’s Music Leads to Happy Accidents

Aspiring artists who feel crushed and gutted because this was looking to be “their” year, Babicz points out how every artist has their struggles. An artist’s path isn’t easy and it takes a little bit of pain and suffering to help you create art. When something feels “off” try it another way to achieve another desired result. “I was able to survive because I started to share my knowledge and teach. This somehow really saved me. I didn’t have the pressure to make functional music. It was freeing myself up. I didn’t have to please a crowd on the dancefloor anymore…so I thought okay let’s do something and let things happen,” says Babicz.

Robert Babicz’s music has been a series of “happy accidents on purpose.” He describes his process as challenging himself at times to do things “wrong.” “What happens if I do this and combine this with this,” laughs Babicz. Playing as a live act, Robert Babicz’s music is always fresh and includes original music only.

The burning question lingers as the phone conversation wraps up. So, after a musical career spanning three decades, how many red scarfs has Babicz gone through? Robert Babicz lets out a hearty chuckle and with slight hesitation, he answers the magic number: 25.