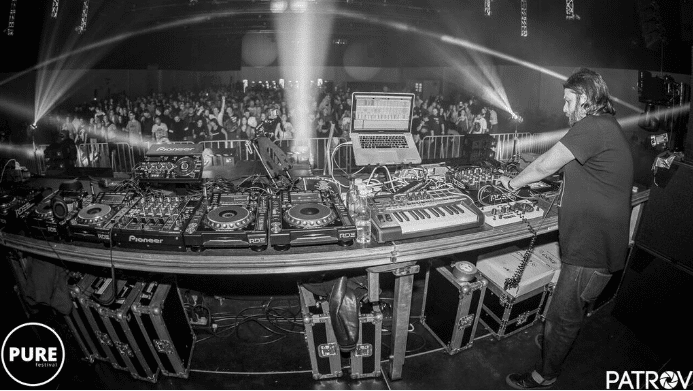 Saytek’s music output is prolific and includes Live jams, EPs and live albums on his own Cubism label, along with releases on labels such as KMS, Superfreq, Detone, Liebe*Detail, Soma, Bedrock, fabric (London Club), My Favorite Robot, Wiggle, My Favourite Freaks, Emerald City, Freakin 303, Constant Circles and Hike Recordings, to name a few!

What are your current Top 5 favorite tracks?

It’s hard to pick 5 as I am loving so much music so here are some I listened to today!

What are your Top 5 all-time electronic tracks?

Again is really impossible to pick 5 as I love so much electronic music, but here are some I have revisited and fallen in love with again recently:

What are the Top 5 destinations you visited in 2018?

Germany – I have been lucky enough to perform some amazing gigs here this year at Watergate, Suicide Circus and the hammer hall of Sisyphos! In Berlin, I love this city for performing live as the clubs are mind-blowing! Other highlights include Tanzhaus West in Frankfurt and Insel Der Jugend in Magdeburg and a cool boat called MS Stubnitz in Hamburg. I also have the Bassmania Festival coming up in Munster in Dec which is looking amazing.

Copenhagen – Played for a party called Parallel at KB18 proper underground affair with great vibes! Was super busy with a lovely crowd.

Croatia – I played 2 gigs here this year – Dubrovnik and Rijeka. I always love the crowds and Techno is big with the locals!

Prague – I love Chapeau Rouge, it’s a crazy venue and goes off every time I play!

The UK – I have been touring the UK a lot this year from Wav in Liverpool, which is a proper cool underground venue, I have also done quite a few shows in London, Including Egg, where I seem to play once a year. I have also played North Wales and a few other places in the UK.

What are your top 5 favorite all-time performances?

Wow, this is hard as I am lucky enough to play great gigs all the time and I am firm Believer that if a party is good then it doesn’t matter where it is! here are some of my career changers and personal faves though:

fabric London – it goes without saying, is one of the best clubs in the world and I have been lucky to play live here 6 times over the years.

The terrace of Space Ibiza – once again honored to have had the opportunity to perform here a quite a few times and it was as expected, amazing!

Tresor Berlin – I always wanted to play here, so it was an honor when I did! I was in the smaller room upstairs though my sound is not hard enough for the crazy Dungeon downstairs!

An illegal warehouse Party in Helsinki – it was totally of the Radar, but so good!

Pure Festival – A cool indoor festival in Warsaw last year with Faithless, Format:B, Tiefschwarz and Dosem also on the Bill! It was a really nice vibe and good to see a couple of thousand people who really loved music getting down to my live set!

What are your top 5 pieces of music gear? 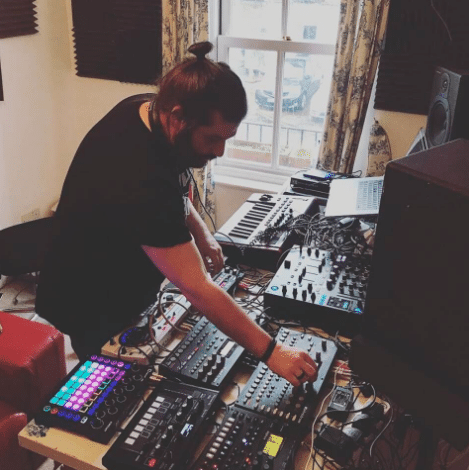 Lastly, name the Top 5 things you enjoy doing outside of music.