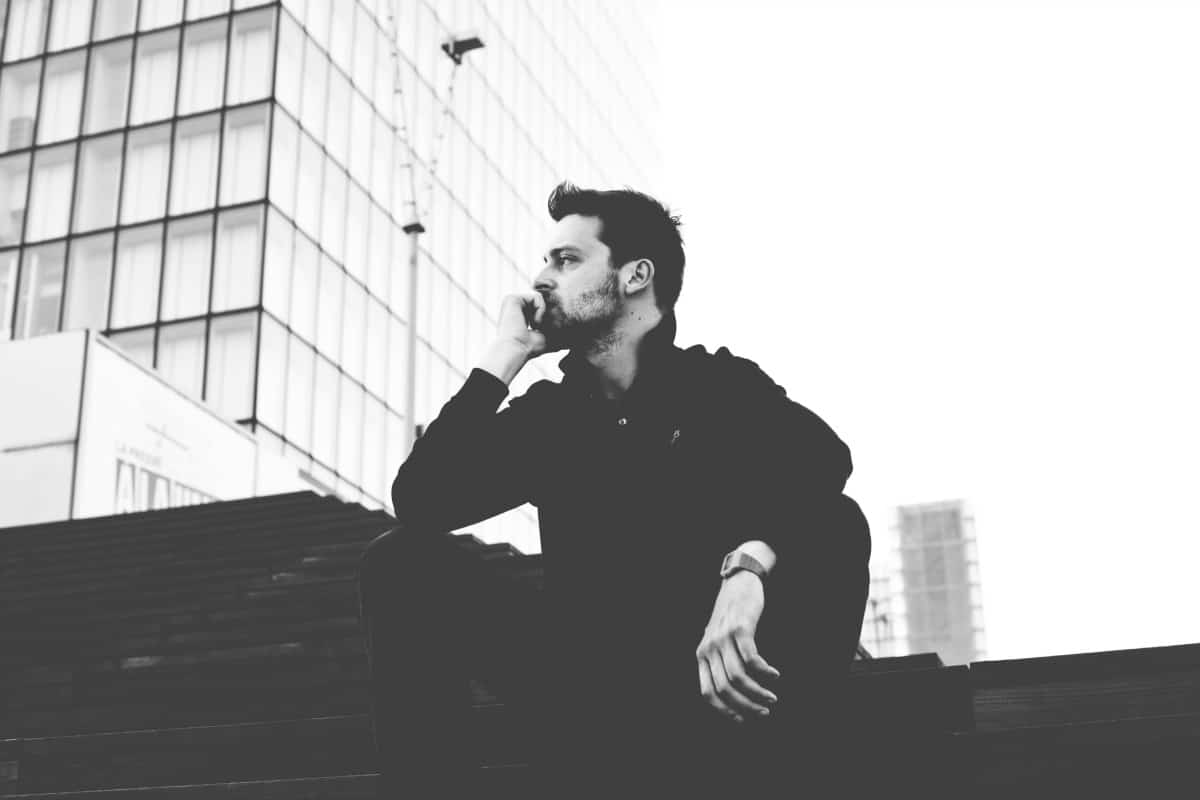 Unreasonable artist demands have been a subject of talk for years now, with hospitality riders and artists’ diva personalities a constant subject of ridicule.

As a “small promoter” I have dealt with my fair share of hospitality riders and artist demands, sometimes dealing with “difficult” agents to meet seemingly senseless demands only to find out that the artists themselves weren’t that fussed about the items I was working so hard to fulfill in the first place. I have seen and dealt with it all, from strict hotel specifications to extremely specific pick-up transportation demands, including car make and model, as well as hospitality riders filled with senseless requirements that more often than not go unnoticed and unused. And this is all before even having to deal with the artist’s personal attitude and sense of entitlement.

Luckily, however, these are rare occurrences and in the vast majority of cases agents and artists appreciate the work of local promoters and their vision in growing their local scene and supporting the artist’s very own career and music in the process. When it is all said and done, each person involved is part of a bigger eco-system that requires all cogs to be well-oiled and working with one another to function and progress. Intelligent artists, artist manages and agents understand this.

Unfortunately this isn’t always the case, and stories such as what happened with Abstrakt in Edinburgh, a showcase of music and art that had booked Jeremy Underground for a party at the city’s La Belle Angele tomorrow night, only to have to cancel amidst allegations that the artist’s hotel demands were not only getting ridiculous but against the very ethos of the underground dance music scene the promoter and artist are meant to both be a part of.

The local promoter took to their social media to explain the situation, also providing screen shots of the agent’s physical threats following the canceled show.

The hotly-debated “Saunagate”, as dubbed on social media by dance music fans keeping tabs on the fallout from the incident, has had a lot of people talking today. Input has come from Resident Advisor, as well as from industry peers and artists, both in the form of advice and ironic humor — expected when the internet is involved.

This might be a good day to mention that small promoters are the lifeblood of our scene. Four-star hotels aren’t that bad

Work with small local promoters and you’ll see them giving back to you and your career tenfold in the years to come https://t.co/178ivFW7Kl

I wrote a poem using the text of the threats made by Jeremy Underground’s agent against a promoter in Sauna-gate, thanks for reading pic.twitter.com/2f2QcYIOJc

These Jeremy Underground memes are far too good & I just got the new Joe EP. Today is good. pic.twitter.com/ysnOXERIno

It does appear that Jeremy Underground did reply to the post from Abstrakt, but his rebuttal and explanation has now been deleted. Of course the internet was quick enough to grab a screen shot: 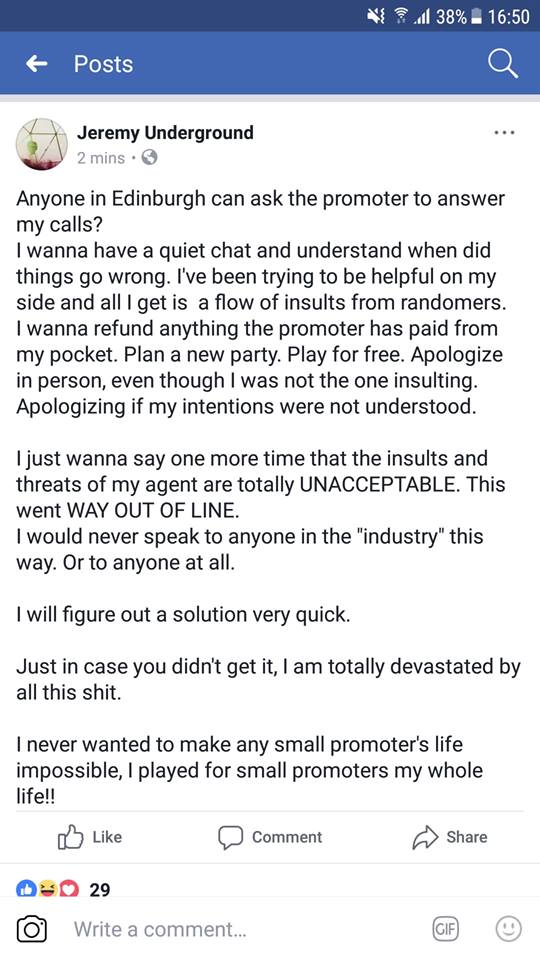